The Gorillas are Apes and the largest of the living primates. Other Apes include the Orangutans, Chimpanzees, Bonobos, Gibbons and Humans.

All of the Gorillas are only found in Africa and confined to tropical and sub tropical forests in the central part of the country. All Gorillas are endangered. Due to their size they are mainly ground dwelling. Adult male Gorillas can weigh up to nearly 600 lbs. The females are about half that. Gorillas can live in family groups of a dominant 'siverback' male and several females. There are bachelor groups also consisting of several males. They eat a mainly vegetarian diet. Gorillas are placid and not dangerous to humans and are often misrepresented poorly in the media.

Gorillas can live into their fifties in zoos. In December 2009 'Colo' a female Western Lowland Gorilla in Columbus zoo celebrated her 53rd birthday. In 2008 a 55 year old female called 'Jenny' died in Dallas zoo. Lifespan in the wild is unknown but the oldest known animal to die was just 35 years old.

There are captive management programmes for Gorillas and Conservation management plans for the wild Gorilla populations. In spite of noble efforts and loss of the lives of rangers protecting wild Gorilla populations it has been stated by 'The Last Great Apes' (LAGA) conservation group that 3,000 Gorillas are killed annually to feed the Bushmeat Market.

It is generally recognised that there are two species of Gorilla:

These are Gorilla gorilla which has two subspecies:

Some authorities recognise the possibility of a fifth Gorilla subspecies and this remains under investigation: 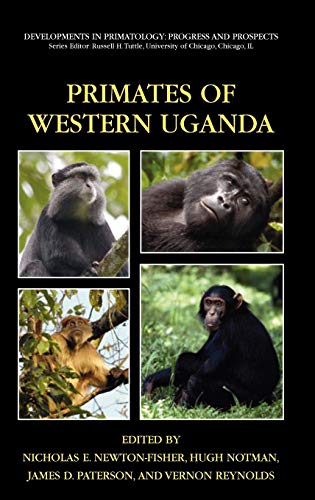 The Western Lowland Gorilla is the the most numerous of the Gorilla family. This huge primate is found in the central part of Africa in the Central African Republic, the Congo, Cameroon, Gabon and surrounding countries. The total population was estimated to be in the region of some 50,000 - 100,000. However in 2008 wildlife researchers from the Wildlife Conservation Society discovered a new population (based on nest surveys) of Western Gorillas deep in the Congo jungle. They have stated that this may number up to 125,000 animals. This means that in 2010 we have approximately 225,000 remaining in the wild. Numbers are however decreasing due to being killed for the bushmeat trade, trophy hunting, habitat destruction and deaths from endemic disease like Ebola. Throughout its range it is classed as endangered.

Western Lowland Gorillas are the species most commonly kept in World Zoos.

The Cross River Gorilla is found only in a small area of the Nigerian Cameroon border. This subspecies of the Western Lowland Gorilla is the rarest and most endangered of all the Gorillas with numbers estimated to be less than 300. Like its cousin it faces poaching for the bushmeat trade, habitat destruction and disease.

There is a single Cross River Gorilla in captivity at the Limbe Wildlife Centre in the Cameroons.

The Mountain Gorilla, as the name suggests can be found at a higher altitude to the 'Lowland' animals. It has adapted to this much cooler climate where temperatures can on occasion drop to as low as 0C by growing long dark hair.

These animals are found along the Virunga volcanic chain which runs through Rwanda, Uganda and Democratic Republic of the Congo. There are thought to be less than 700 Mountain Gorillas remaining. Habitat destruction is the main threat.

There are no Mountain Gorillas in captivity.

World Atlas of Great Apes and their Conservation
Buy Now

The Eastern Lowland Gorilla is sometimes known as the Grauers Gorilla. A subspcies of the Mountain Gorilla it is confined to the rainforests in the Eastern part of the Democratic Republic of the Congo. This subspecies however will range from the lower tropical rainforests right up to the higher volcanic mountains. It lives in closer proximity to human populations than other Gorillas.

Because of civil war and mining (for coltan - essential for mobile phones) within its jungle habitat there has been a drastic drop in the number of these Gorillas. It is believed that less than 5000 now remain from a population estimated to be more than three times that in 1994.

The Eastern Lowland is probably the largest of all the Gorillas with males reaching a height of 5'9" and weighing around 360 or more lbs.

There are very few Eastern Lowland Gorillas held in zoos. 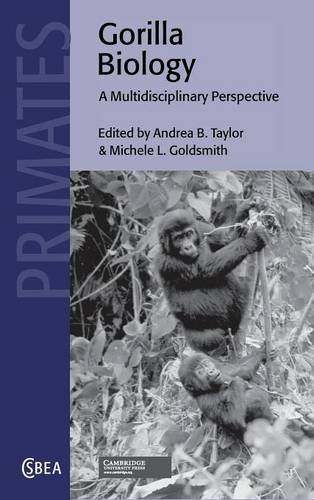 Bwindi Gorilla (Gorilla beringei) - The status of the Bwindi Gorilla is still a subject of discussion. It has yet to be formally recognised as a distinct Mountain (Eastern) Gorilla subspecies. It is a small critically endangered isolated population living within the Bwindi Inpenetrable forest of Uganda. Small as the population is it is estimated to represent half of all the Mountain Gorillas.

The Bwindi Gorillas are amongst the most visited with numerous tour companies offering 'safari' like expeditions to see them. The population in January 2009 was estimated to be just 302 animals. The Bwindi Gorilla shares its environment with Chimpanzees.

There are no Bwindi Gorillas in captivity.