I am lucky enough to live near the shores of the largest freshwater lake in the world, Lake Superior. It is the one of the "Great Lakes", and many people are drawn to its shoreline every year. Lake Superior is the coldest and the cleanest of the great lakes. It is also majestic with it's rugged coastlines. Over my lifetime I've spent many hours looking at the lake and some basic truths have come to mind. Here are a few of them.

For more on the Great Lake see: 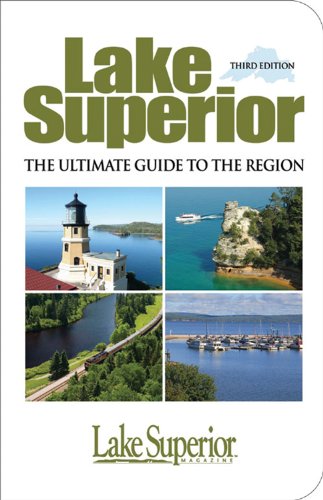 Lake Superior: The Ultimate Guide to the Region
Buy Now

For More on Truths and Life Lessons see:

The Great Force of Lake Superior

The shoreline of Lake Superior is covered by rocks, and many of them are sharp and jagged. Over time, the flow and ebb of the waves wear the rocks' sharp edges down, and eventually the rocks are smoothed. Along the shoreline people gather the rocks, intrigued by their smooth surface.

Some people are like rocks. They appear rough, abrasive, maybe even harsh. But given a fair amount of time and the right encouragement, their rough nature can change. They are not solid in their abrasive nature because constant encouragement can smooth out their jagged edges.

Nothing goes away forever, it shows up again at sometime somewhere.

As someone who lives near the Lake, I see this all the time. Something, a rock or piece of wood, is tossed in to the Lake, but it never really is gone. It either sinks to the bottom or washes up on the shoreline. The same holds true for our words and actions. Once you say something, you can never take those words back, and the situation is the same with actions.

The biggest storm will eventually calm.

On Lake Superior great storms happen during the month of November when gales can be horrific. Many shipwrecks have happened during autumn on Lake Superior. In his song The Wreck of the Edmund Fitzgerald pop songwriter Gordon Lightfoot tells the story of one of these shipwrecks and how it devastates the sailors' families.

November, at the end of the shipping season, can be very stormy on the Lake. But we all know that after the storms and ice of winter, the lake ice will thaw and waters will calm and be peaceful again. Like life, the Lake calms.

Sometimes in life we face storms--divorce, illness, even death of a loved one. Yet, time goes on, and people some how manage to live through storms. Consider wars, and how people somehow pull together, unite, and rebuild. Calm comes again.

We cannot control nature because it's a manifestation of something bigger than ourselves.

Tourists and natives alike are intrigued by the beauty and the great force of Lake Superior. They gather on the piers and on the shoreline to witness the sheer force of the waves. Unfortunately, some have been pulled in by immense waves and carried deep down by undertows. Most natives recognize the force of this great Lake and respect it.

I've lived most of my life near Lake Superior. I, like many, find the Lake mysterious and intriguing. I never grow tired of looking at the Lake because it reminds me of ideas so much bigger than myself. As Norman Maclean writes in A River Runs Through It , "I am haunted by waters." 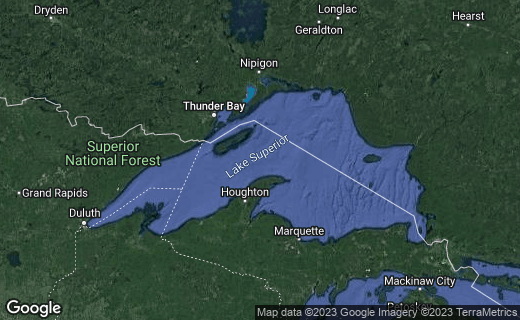