Here are some gross human facts for your entertainment.

A cough releases an explosive charge of air that moves at speeds up to 60 mph.

A sneeze can exceed the speed of 100 mph.

An average person uses the bathroom 6 times per day.

Over your lifetime you will produce enough spit to fill a swimming pool.

The human body swallows about one quarter of snot everyday.

Women blink nearly twice as much as men.

A man’s testicles manufacture 10 million new sperm cells each day – enough that he could repopulate the entire planet in only 6 months!

The white blood cells from your partners mouth will attack yours when embracing in a kiss.

The pupil of the eye expands as much as 45 percent when a person looks at something pleasing.

When you blush, the lining of your stomach also turns red.

The sound you hear when you crack your knuckles is actually the sound of nitrogen gas bubbles bursting.

The largest cell in the human body is the female egg and the smallest is the male sperm.

At the moment of conception, you spent about half an hour as a single cell.

Your thumb is the same length of your nose.

Get you thumb away from your nose.

There you have it. Go out in the world and share your knowledge 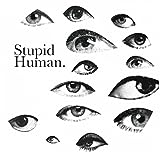