What Did Henry Hudson Do?

Henry Hudson was hired to find a faster route from Europe to Asia through the Arctic Ocean, looking for a so-called Northwest Passage.

Henry Hudson’s 1607 trip to the Canadian Arctic was funded by the Muscovy Company of London. His 1608 trip was also funded by London companies. Henry Hudson was turned back twice by ice until 1609. The Dutch East India Company supported his 1609 mission, since British backers wouldn’t fund a third, possibly failed journey. His 1609 journey was in the Halve Maen, Dutch for Half Moon.

Henry Hudson’s 1610 through 1611 voyage was his final one. They spent months trapped in Hudson Bay, also named for Henry Hudson. Henry Hudson’s crew mutinied in June, 1611 before returning to England.

Henry Hudson’s 1609 voyage, his third trip to the New World, is one of his most contentious trips.

Henry Hudson’s Half Moon voyage is controversial for several reasons. First, he ignored his contract to explore around Russia’s Arctic coast, and citing a mutiny, tried for a third time to discover a Northwest Passage in North America.

The only English language record of the Half Moon voyage is the journal of Robert Juet, a mate who sailed with him again in 1610. Many of the landmarks Juet described are subject to debate today. For example, Isaac Newton Phelps Stokes challenged Juet’s reports in his book “The Iconography of Manhattan Island”.

The “Half Moon” voyage is also notable because Henry Hudson was arrested when he landed in England for the crime of sailing the Half Moon for the Dutch. His Dutch crew returned home with their accounts of the voyage, while Hudson was considered guilty of treason.

Hudson’s motives for violating his Dutch contract are another source of contention. Did he intentionally ignore the contract because, with a ship and better weather, he thought he might find the Northwest Passage, using Dutch support when English support had dried up for his voyages? Was he deliberately undermining Dutch explorations around the Arctic at the behest of British traders? Was he simply using the opportunity to claim the vaunted prize by the Dutch States-General for whomever discovered a Northwest Passage?

Hudson’s motivations for going exploring with the Half Moon are clear; the ship was one of the most advanced and fastest ships of the era. For example, it was only 40 lasts or 80 tons, when many of its peers were 50 lasts or 100 tons. Or did he choose to go back to search for a Northwest Passage because the Russian Arctic was blocked with ice, and he’s rather try for a third time in the American waters than fail on his first Russian voyage? This decision was doubly dangerous because his wife and children had been ordered to live in Holland as a condition of his financial backers.

Hudson’s crew was certainly afraid of starving, ice-bound, in the Russian waters. Hudson’s crew was said to have threatened mutiny because Hudson doled out more food and the best food to his favorites. He was a skilled navigator but not nearly as good a captain.

Hudson requested a number of changes as a result of this journey, such as a demand to remove the mutinous crew from the roster and have more men for his next journey. However, the English government forbade him from sailing for the Dutch again, as it would conflict with British interests. This led to the Muscovy Company of London financing Hudson’s fourth journey.

It was on Hudson’s fourth journey that he and his son were set adrift in Hudson Bay and never heard from again. 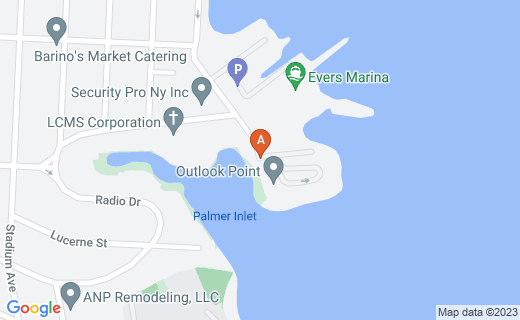 The Hudson Namesake and Geography

A list of Henry Hudson accomplishments can begin with his legacy literally scrawled across the map. Henry Hudson originally sailed up a river that was later named for him, the Hudson River, up to where Albany is located today. The river had originally been noted by Giovanni de Verrazano but hadn’t been explored. They turned back after realizing this wasn’t the Northwest Passage they sought. However, this discovery led to the Dutch colonization of the Hudson River and New Amsterdam, which is known better today as New York City. The Hudson Strait is a passage between Baffin Island and Quebec.

Henry Hudson’s name is thus immortalized all over the map. His ship, the Half Moon, was not as well utilized. The Half Moon Overlook is a scenic overlook on Eastchester Bay.

The Impact of Hudson’s Explorations

Henry Hudson’s explorations expanded the knowledge of the North American arctic beyond what was already known by Giovanni de Verrazano, Willem Barents of Holland (for whom Barents Island is named) and John Davis of England.

Henry Hudson’s discoveries in 1610 and 1611 led to the English claims to Canada.

The first replica of the Halve Maen was created by the Kingdom of Netherlands. That ship was destroyed by a fire in 1934.

A ten foot long model of the ship Half Moon is located in the SUNY campus in New York.