Survivor Interviews Of The Hiroshima Bombing

Dr. Sasaki had been walking down a corridor in the hospital and had just passed to step between two windows when he saw the surreal yellow flash against the other wall.

His glasses were blown off his face and he into a wall, but he was essentially whole.

With borrowed glasses, he treated people ceaselessly for 72 hours, save a one hour nap behind the building where victims finally found him and woke him up in anger toward his daring to rest. 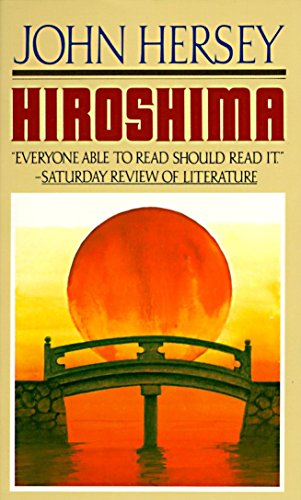 With only a bottle of Mercurochrome and a roll of bandages, he treated burns.

When bandages ran out, he began walking among the patients and sewing wounds, his remaining 2 nurses assisting. Backup medical assistance arrived on the fourth and Dr. Sasaki walked to the edge of town and took the electric train to his home suburb, gout off at the end of the line and walk to his house, where his mother was waiting for him. He slept for 17 hours and went back to the hospital.

Dr. Sasaki would be angry to the end of his days for this bombing and its extremity of destruction, although he married and opened a successful private hospital. He was livid that he was cut off from his mother for 3 days without communications and worried that she thought him dead (an evacuating citizen had informed her of his conscientious work and she simply waited).

One patient, Ms. Sasaki, healed with her left leg three inches too short and the foot curled, but allowing her to use a walker.

Her finance never turned up, and she found a small place to live out her unhappy life in depression.

However, under the friendship of one of the German priests that continued to follow-up on her, Sasaki became a nun and found contentment in that occupation.

Methodist Pastor Tanimoto visited the US and gathered funds for reconstructive surgery for girls disfigured in the Hiroshima blast and set up a well known memorial of peace at home in Japan.

Many were blinded by the atomic flash. Others felt their hair torn off by the pressure change. 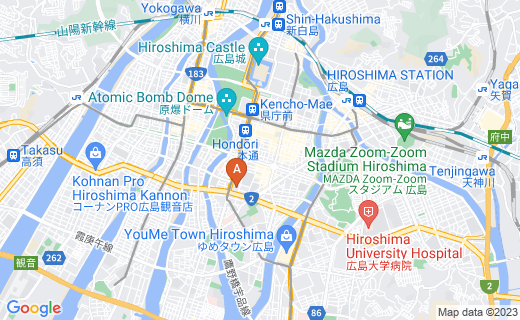 Atomic Links - Part I of the Documentary

Many victims surviving the blast suffered radiation sickness and neither patients nor doctors knew what it was.

Rumors circulated that "B-san" had sprinkled gasoline all over Hiroshima and ignited it.

This was followed by the tale that magnesium powder was dropped silently by many B-29s and exploded in the air. The third story was that Americans had sent poison gas and released it.

Many were blinded by the atomic flash. Others felt their hair torn off by the pressure change.

There were few fires at first, set off by wood framed buildings falling in on breakfast cook fires. However, the winds whipped up by the pressure change spread the fires. Large numbers of people were burned, if their skin already had not been blown off.

Radiation sickness caused a different sort of burn, from the inside out at the cellular level, compromising cell walls themselves.

The lining of stomachs was vomited up before death. Many others recovered, however. Some later developed cancers and some of these passed on genetic mutations and/or a tendency toward radiation-related cancers to their offspring.

This is not surprising, because the Red Cross Hospital administration found that fresh X-Ray plates, held in a heavy thick-walled vault, still were all exposed during the blast. The radiation found everything and nearly everyone.

Priests and a pastor that were Japanese, German, and American or British, evacuated as many people form their section of Hiroshima as possible. One of them found a boat upon which all the fishermen had died during the blast.

He apologized to the dead and took the boat, moved likely a hundred or more people away to a green, more-distant Park. He took water to as many people as possible, apologizing to them that he was not harmed, as they were. Even the near-skinless rose up and bowed from the shoulders and thanked him quietly as he helped them.

Two abandoned children were reunited after several weeks with their mother, through the investigative follow-up of tone of the priests that was unharmed by the bomb. Thus there were some happier endings.

Japanese scientists brought their equipment to Hiroshima in the weeks after the blast and discovered that a nuclear weapon had been discharged on Hiroshima. Author John Hershey tells us that Japanese radio news learned of this and called the Atom Bomb one that "...no country except the United States, with its industrial know-how, its willingness to throw nine billion gold dollars into [it]... could have possibly developed."

The Emperor spoke to the people for the first time on the radio, explaining the surrender.

Some victims stranded in the rubble of buildings began to shout "Banzai to the Emperor!" and this momentum revived them. They dug one another out and survived. A group of 13-year-old girls by a fence when the blast occurred simply began singing their national anthem. One survived, dug herself out of the rubble of the heavy fencing, and made it to the Red Cross Hospital to tell the story and receive help.

Other children, when older, looked back on these times as adventurous. Still others died of cancers, and a memorial stands in Hiroshima to one of these little girls, with replicas in America.

Aftermath Of the Hiroshima Bombing

John Hersey does not condemn America outright for casting the atomic bomb at civlians in Japan and his book does not over sympathize with the Japanese plight. He presents the facts and the stories of the six people he followed and allows the reader to choose an independent opinion.

What strikes me is the civility of many of the Japanese victims as they died, no one even moaning in some of the groups of the dying.That kind of control or calm is unique and disconcerting. I am encouraged that many people in Hiroshima got up after the catastrophe that leveled them and moved forward. This attitude is captured in the proverb Fall down seven times, get up eight.

I was totally amazed by the first hand accounts of a lush green folliage and wide expanses of flowers shooting upward and outward soon after the blast. In fact, I was stunned, because I had written a poem about just such an occurence, without knowing that it had occurred, until I read Hiroshima.

At just 116 pages long, the first edition of the book could be read quickly and provide useful history to high schoolers through adults.The addition of a fifth chapter in the follow-up 40 years later adds more interest yet. I recommend either one to anyone interested in history and avoiding past disasters..