History of the Irish Question in British Politics

Dawn is a full-time writer, specialising in the luxury travel sector, alongside gardening, growing and pony care expertise

The problem of how the Irish Question affected British politics involves looking back into history and examining the troubled relationship between Britain and Ireland. It's only possible to look at the more recent mainland bombing campaigns and 20th century troubles between Britain and Ireland after considering the history of the Irish question and its effect on British politics and politicians.

The Irish question, problems in Ireland and demands for Home Rule troubled British rulers since the times of Queen Elizabeth I. For Lord Protector Cromwell, the Irish question meant the forcible conquest of the rebellious country and the ethnic cleansing of the native Irish from English Protestant settlement areas particularly around Belfast. 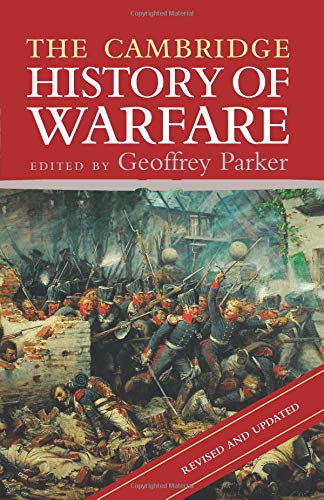 From the perspective of Victorian politicians, the total population of the UK was around 25.5 million when Queen Victoria ascended the throne and nearly one-third of these people were peasants living in Ireland. Although the total UK population increased considerably throughout Victoria's reign, the Irish population dropped dramatically, due to the effects of the potato famine and migration. Campaigns for "home rule" in Ireland grew throughout the latter part of Victoria's reign and Prime Minister Gladstone saw his Liberal Party split over the subject, possibly leading to the eventual marginalization of the Liberals in Britain, although historians would also look at events such as increased UK population and the voting franchise, or the rising power of the working classes when deliberating this question.

The potato famine, or Irish famine, was due to crop blight and was most severe from 1846 to 1852. The inactivity of the British government throughout the period has been severely criticized by historians and even termed "genocide". Much of this inactivity may have been due to the "laissez faire" type of government adopted by Britain during the period and also the prevailing political and social opinions holding that peasant economies were morally and socially inferior, needing to be altered by any possible means. Highly visible effects of the potato famine were the deaths of at least one million Irish people by starvation and the migration of more than two million Irish to Britain or America. The UK Irish population reached 1.5 million in the years from 1800 to 1947, leading to pressures on British housing stock and increased competition for employment.

By the 1880s, the nationalist Irish Parliamentary Party had 80 MPs sitting in Westminster (as can be seen in the above table). The charismatic politician and party leader Charles Stewart Parnell played a great part in raising the profile of Irish home rule in Ireland and the UK, and received immense American support. Gladstone's government attempted to pass a bill for home rule for Ireland in 1886. The first bill was defeated. A second bill in 1893 was passed by the House of Commons but rejected by the House of Lords. Further attempts followed until the outbreak of World War I when home rule discussions were put on hold. This factor led to an uprising in Easter 1916 and subsequent Irish war of independence. The aftermath of the Easter Rising led to the partition of Ireland and a limited self government.

The roots of the Easter Uprising lay in the nationalism that had swept Ireland from the 1890s onwards. A revolutionary group called the Irish Republican Brotherhood masterminded the uprising during the First World War, aided by an Irish American group called Clan na Gael. The revolution was planned for Easter Week 1916 and German support was enlisted. The rebellion was put down after only six days of fighting but it highlighted the growth in Irish support for physical activity in a move to obtain Irish rule.

In 1920 the British government tried to solve the problems in Ireland by partitioning the country and giving it limited self government. This did not satisfy Irish nationalists. The Irish Republican Army (IRA) became a growing physical force wielding a campaign of violence against the British police forces. By June 1920 55 policemen had been killed and 16 barracks destroyed. The British reaction was to arm police more heavily and recruit larger numbers of men into what effectively became an Irish army, nicknamed the 'Black and Tans'. Further violence ensued and reprisal attacks were carried out.

In 1920 the Government of Ireland Act was passed and Ireland had two governments with limited powers, one in Belfast ruling the six north-eastern counties and the other in Dublin ruling the remainder of the country. The solution preferred by the Irish nationalists was a united Ireland to be ruled independently. This was not to happen, the British government were insistent that Ireland remain within the British Empire. The troubles within the partitioned Ireland were consigned to continue throughout the 20th century.

Some of the references used as sources for this article include: