How Christians Educators Should Choose A School Curriculum

Lockridge holds an EdS in Curriculum and Instruction, an MS in Elementary Education, and a BA in History. She also homeschools her children.

The educational leader may occasionally be called upon to review replacement textbooks while serving on a curriculum selection committee. Although some textbooks may clearly be of a better quality in the educational leader’s opinion, the Christian leader working in the secular setting may face difficulty when trying to recommend textbooks because of his worldview and that of his peer curriculum reviewers.

Because of varied viewpoints, an educational leader must be ready to give an answer (I Peter 3:15) as to what he believes about the purpose of education, and be able to defend curriculum choices to other committee members, administration and possibly legal minds who may not initially share his viewpoint on the best curriculum choices.

While the non-believer on the committee may push for a “neutral curriculum” that does not mention Christianity or promote traditional Judeo-Christian values, VanBrummelen (2002) explains that there is no such thing as a neutral curriculum. “Even so-called neutral teaching involves initiation into distinct patterns of thought and behavior,” notes VanBrummelen (p. 4). Finn and Ravitch (2004) as cited in Schmidt (2011) feel so strongly about this concept that they assert that when textbooks are “sanitized to avoid offending anyone” they are “poorly written” and “are burdened with irrelevant and unidentifying content” (p.92). Since all textbooks will therefore have a viewpoint or philosophy, leaders should select a curriculum that aligns with the values of their community and their conscious.

It is important for the educational leader to have an idea of what should be included in the text when comparing and reviewing textbooks. VanBrummelen suggests considering four guidelines to test for implementation into your curriculum. Textbooks should realistically view the world, account for different developmental levels, relate knowledge clearly, and teach students to do Gods will (p. 85). VanBrummelen also suggests that curriculums should “preserve family, government, and social structures insofar as, by God’s grace, they restrain evil and promote virtue, justice, security, compassion and human dignity” (p. 51). Not even the most liberal-minded person could find issue with those qualities.

Regardless of their worldview, curriculum reviewers should look at both what is included in the textbook, than that which is left out. Romanowski (2009) notes that textbooks are rather telling by what they both include and exclude. For example, the state of Texas “require[s] texts to promote democracy, patriotism, and free enterprise” which instills into students a certain moral code and ethical viewpoint (p. 290). Texans obviously recognizes the importance of these values, and have mandated their integration into the normal school day. Spring (2006) as cited in Romanowski notes that textbooks with “omissions are significant because the historical interpretations presented affect how American students view their country” (p. 290). Although some “omissions are inevitable and unavoidable,” notes Romanowski (p. 296), blatant and specific omissions may be specifically made to shape opinions of the readers to a certain slant or overarching philosophy.

The effective leader recognizes that others may not automatically agree with his decisions or recommendations, so he must guide them to an understanding as to why the choice of one textbook over another is preferable. Decisions forced upon peer reviews based on position, power or personality (Blackaby & Blackaby, 2001, p. 94) are likely to be received poorly, whereas decisions made based on encounters with God, character, preparation, and a successful track record are likely to be more respected and accepted by others (Blackaby p. 22). Blackaby suggests using symbols and pictures (p. 77) and links to the past with the future (p. 79-81) when explaining you position, as others can better relate to those types of presentations.

Keep in mind that although the textbook review committee may be looking at one particular subject or grade level, committee members must take care to consider how the textbook works with other textbooks or existing curriculums throughout the grade levels. Since curriculum is often developed sequentially, notes Rebore (2001), it enables students to be “well-rounded, knowledgeable, capable of self-determination, and capable of being productive members of society” (p. 121). Ediger (2007) suggests teachers and curriculum selectors choose texts that allow for balance in the curriculum with regard to skills, sequence, student achievement and subject matter. For example, teachers must build a foundation of knowledge before trying to teach students detailed information. Despite Rebore’s secular viewpoint, the need for building upon previous knowledge agrees with the theories of VanBrummelen regarding needing a firm foundation of knowledge before moving on to more complex material.

Interestingly, both Schmidt and Romanowski suggest that although the actual textbook is important, as an “authoritative voice” (p.94), the teacher should not be restricted to teach only that which is contained in the text. The teacher should also teach that which he is passionate about, which will transmit excitement to his students (p. 95). It is expected that teachers will add information to the textbook and use the book as a starting point, and build upon the information. Few teachers rely completely on the textbook to supply information for the class.

Books from the References 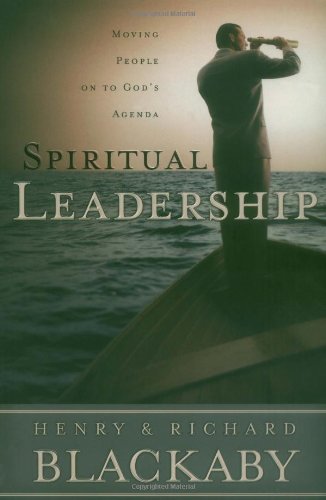 It is clear that there is no neutral curriculum or so-called middle ground between the secular or spiritual slant of texts, VanBrummelen makes several suggestions, based on the writings of Lickona (1991) for how to find a curriculum that is “fair to all religious (and non-religious) positions and yet fits Christian beliefs (p. 11). Christians should look for textbooks that teach students how to contribute to and function well in society, and discuss the importance of faith through different religions (p. 11). For example, a unit on the influence the Crusades or the Catholic church would show “how our beliefs affect how we look at and use our learning” (VanBrummelen, p. 91). While a Christian textbook would not have issue with presenting information that clearly evangelizes students, the secular text may not do so, but rather it may present information viewpoint of what is true, good and lovely as noted in Philippians 4:8. Above all, the Christian educational leader involved with selecting curriculums must adhere to the methods that will teach students about their Christian heritage, encourage students to think critically and learn discernment, and encourage them to hone their gifts and abilities for God. Adding information through assignments, activities and class discussions, to the textbook is how the Christian educator can work in the secular realm without violating his ethics and principles.

While Blackaby doesn’t refer specifically to curriculum selection, he gives guidelines for how leaders ought to go about making decisions and how to persuade others to agree with their ideas. Leaders who follow Biblical principles for making decisions and learn to communicate their vision effectively are far less likely to encounter obstacles and opposition from their subordinates and peers.

In conclusion, Christian educational leaders in the secular realm should remember that they are to be in the world, but not necessarily of the world. Should the leader be reviewing textbooks for the secular or public setting he will likely have to make some concessions as far as preferences for the material goes, however he should not have to compromise his principles of a quality education or one that promotes the truth of history. Recognizing that there may be some opposition to his viewpoint, the effective leader will ensure that his decisions are based upon a leading of the Spirit and upon firm principles to which he adheres.