Have you ever appeared Pro Se in court?

Pro se Litigants are Held to the Same Standards as Lawyers

Many people who are faced with certain types of legal issues may not be able to afford an attorney. Some of these individuals may try to represent themselves. However, be aware that a pro se litigant is held to the same standards as an attorney. If you are among the minority of individuals who decide to represent yourself in a lawsuit or other legal matter, then you should learn how to conduct legal research in order to prepare an effective argument.

Legal Authority to Support a Case

Legal authority is the body of law that supports your case. A law that is relevant to your case may be found in a constitution, statute, regulation, municipal ordinance, a prior case that sets precedence and other secondary sources that this article does not cover .

Drafters of the Constitution

This is an example of a section of the New Jersey Constitution:

The above provision has been interpreted by the New Jersey Court as "guaranteeing greater rights to citizens against unreasonable searches and seizures than the Fourth Amendment." [1] As such, police officers who search people’s garbage left in a bin in front of their homes for evidence, may violate the New Jersey constitution but not the United States Constitution.[2]

A statute is a written law that is enacted by the legislative branch of government. Statutes are the main or primary authority in our legal system. A statute prohibits, declares or commands something.

An example of a statute that is applicable to New Jersey is as follows:

N.J.S.A. 2C: 43-6 (a) Except as otherwise provided, a person who has been convicted of a crime, may be sentenced to imprisonment as follows:

The following is an example of a regulation:

The regulation above clearly advises the public that the Office of Inspector General (OIG) will penalize anyone who bills for physicians service that were performed by someone who is not a licensed physician. This regulation is enforced by the Department of Health and Human Services OIG.

An ordinance is a law that is enacted by a municipal government. An ordinance governs a local town, city or borough. Many ordinances seek to regulate behavior for the public good i.e. health, safety and general welfare. An example of an ordinance is:

The above municipal code is very detailed as to what is prohibited. The penalty for violating this ordinance is enumerated in another section of the code .

This precedent is binding on all subsequent cases that involve a similar issue.

How to find Laws that are relevant to your Case

Now that you know the types of laws, the next step is learning how to find them. You will find constitutions, statutes, regulations, municipal codes and cases at: law libraries; state and federal court web sites; legal research websites such as LexisNexis and WestLaw; university web sites; municipal web sites; the internet and web search engines such as Google Scholar.

The law libraries at many law schools are accessible to visitors. The law librarians are trained to help students and visitors find legal materials. As such don’t be afraid to ask for help with finding a case or statute.

Law libraries carry many series of books called “case law reporters” (Reporters). Cases and Judicial opinions from cases are published in these reporters.

Most states have their own reporters that are abbreviated by the state name. For example,

However, you will find that most state decisions are published in the Reporters outlined below:

Reporters and the States that they Cover

How to use a Reporter to find Cases

In order to use a reporter you need to know:

If you have never used a “reporter” to research a case you may find it easier to just look up the name of a case on the internet in order to get the name,volume and page number.

Example: To locate the case of Jarrell vs. Balkcom, 735 F.2d 1242 in a reporter you will break apart the sections of this case citation in the following manner:

As such, to locate the case of Jarrell vs. Balkcom you need to look in volume 735 of the Federal Reporter 2d(second series) on page 1242.

Digests have Specific points of Law

A Case Digest (digest) identifies, summarizes and groups together summaries with specific points of law that are outlined in each reporter. Digests can be found near reporters in the library. Each reporter is linked to a digest. The summaries (called head notes) in digests are identified by their topic and key number.

For example, here are two head-notes that you may find in a digest:

Both summaries (head-notes) identify aspects of the law related to unreasonable searches and seizures. The combined topic and key number represents that specific law. You may read these summaries quickly without need to read the two cases in entirety.

As you can tell, digests are reader friendly and helpful. In order to locate a case in a digest you need to get the key number.

City ordinances can be found on your City’s Municipal wed site. You may find ordinances by entering the name of your city in Google then entering the word “ordinance” in the search box Some cities may list their ordinances under the heading City Codes or Code Book.

For example, the town of Cape Elizabeth in Main has its pending ordinances as well as its ordinances that are in effect listed on its web site. Cape Elizabeth’s ordinances are listed in alphabetical manner and identifies the; chapter number, name of each ordinance (e.g., fire protection code), date adopted, date effective as well as notes related to the ordinance.

The city of Long Branch New Jersey has its ordinances listed on its web site menu bar under the heading “City Code Book.” The codes are in a book form and arranged by progressive chapters that can be scrolled.

How to use Westlaw

LexixNexis allows you to search in various ways. For example:

The Search tab is located on the home page and will be your best friend until you become an expert at searching.

The "Get a Document tab" gives you three search options:

Party Name: If you know names of both parties to a law suit you should enter both in the search area. For example, “Sarah Miller and Wal-Mart.”

Shepard's tab: This tab is located next to the “Get a Document tab.” This tab will let you know if a case has been overruled and as such cannot be used.

This organizes the search pages and allows you to do various types of searches.

1. Click all the data bases that are of interest to you

2.Click search to get many hits. You may define you search by:

You may also restrict your search by “date” in another box on the same search page. For example, “Date is 1999.”

For example: "What are the grounds for a divorce in the state of Texas?"

Sources tab: This allows you to identify the type of law and choose cases from a list of sources

Topic or Head-Notes tab: This is located on the right. The topic or head- note tab will give you a summary of a specific law. You may then click on the “more like this head-note” tab to get more cases with similar points of law. [4]

There are many other tabs and methods of searching that you will learn as you get more familiar with LexisNexis.

To find a case on the New Jersey Legislature website you should:

Regulations may also be accessed from administrative agencies web sites. For example, the web sites of your State Department of Transportation, Board of Nursing, Casino Control commission and Office of Weights and Measures will provide regulations that are pertinent to those agencies.

There are many web sites that will allow you to conduct a free search for cases. Some of the following web sites have a “search feature” that allows you search for case law and other items.

A pin point citation allows you to refer to a specific page where a passage or quote is found. Look on the left side of the full text of cases found on Google Scholar to find the page numbers that correspond to the page number in the print reporter.

For example, the number “501” that is highlighted on the left side of the page where “Beck v. Beck” is printed on Google Scholar, means that all words that appear next to and below that number are located on page “501” of the New Jersey Reporter.

You may pin point the following paragraph as follows;

The case as cited above is considered a pin point citation because the paragraph is (as italicized) is found or pinpointed on page 501 of the reporter.

Which Legal Authorities Have Greater Weight?

When preparing your legal argument please remember that some authorities have greater weight than others. This means that you should use the more authoritative law to support your case. The authorities by order of importance are as follows

c. Foreign case law decisions (A state outside the state that you live)

Citing to legal authority in your pro se written submission

You will strengthen your argument by citing to the legal authority (case law, statute, regulation) that supports your position.

An example of standard citation is as follows:

Now that you know what a citation means and looks like, let’s make an argument to a New Jersey Court that your partner’s (Carrie) parental right should be terminated.

1. The first step is to identify the New Jersey laws that govern parental termination.

2. Next, outline the law in your written material.

Since you have outlined the legal authority on which you relied, you may now make your argument.

Carrie’s right as a parent should be terminated because JJ’s safety, health and development has been or will continue to be endangered by her parental involvement. Carrie has beaten JJ on a daily basis, blinded his left eye, broken his nose, deprived him of food and medication and refuses to take him to school regularly. Carrie’s arrest records show that she spends most of her time in jail and is a crack addict. As such Carrie is unable to provide a safe and stable home for JJ. Leaving JJ in Carrie’s care will result in further harm to JJ.

Ignorance of law is no Defense

Legal research may be challenging. While it is advisable to use a lawyer this may not always be feasible. If you can’t afford an attorney, then you should learn how to find legal authorities that support your case and know how to properly apply them. 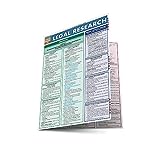