How to Help Protect and Save Wild Sharks

It seems to have taken the human species a long time to understand the balance of nature, the good that can come from having the correct number of predator and prey in the wild and that our fears of most animals are unfounded.

Sharks are one of those animals that are in need of a good public relations campaign. Their depiction as killers, actively hunting down humans for dinner and the over-sensationalizing of the few shark fatalities a year has made it harder for people to have sympathy for these ocean creatures.

Humans are endangering the lives of sharks through pollution, fishing and finning. Each carries its own problems and in some parts of the world, these practices are decimating natural shark populations.

But there are things you can do to help.

Before you begin, test your shark knowledge. How much do you really know about them?

What You Should Know About Sharks

According the Florida Museum of Natural History, there are about 400 different species of sharks. Sharks have changed very little over their 400 million year history. Their skeletons are made up of cartilage instead of bones, giving them flexibility. Many (but not all) species of sharks have to swim in order to breathe. (This is why capture in nets can be very detrimental to sharks.)

Sharks can see pretty well but may be far-sighted (scientists are still working this out) but they can hear extremely well. Sharks have layers of teeth that break off and are immediately replaced. The animal can shed thousands of teeth over his or her lifetime.

Why Do Sharks Have Such A Bad Reputation?

Sharks have been a favorite villain of the dark, murky underworld of the ocean. Movies like

Jaws play on human fears of these animals.

In human history in general, predators tend to get a bad rap. Think about the over-hunting of wolves and lions; these are animals that are now struggling to survive even as conservation groups work tirelessly to save them.

Though shark attacks can be horrendous, they are thankfully very rare. Sharks are the ones that have an enemy, humans, and what we do to them makes the thrills of horror films seem mild and innocuous.

Because sharks are predators and are at or near the top of the food chain, pollution within the ocean threatens their existence. If sharks eat fish that contain high levels of toxins such as mercury, those toxins can then accumulate in the animal and build up.

Sharks are also the victim of garbage floating in the ocean. They can become entangled in garbage and plastic, causing them to drown. They can also mistake garbage for food, eating items that will not digest and can cause blockage and even death.

Because sharks are migratory and often swim in large groups, an entanglement in fishing nets can decimate a group. This is called “bycatch” and according to BBC it accounts for a large portion of shark fatalities each season.

Sharks can also be caught in large groups for the practice of finning (see below) in order to harvest their fins.

One of the most heartbreaking practices is Shark Finning. Mostly in East Asia, sharks are caught and their fins are cut off to make soup. The animal is then thrown back into the water, alive and bleeding, to die painfully and slowly.

According to Humane Society International, millions of sharks die from this practice each year.

The practice is especially bad because it allows for a large number of sharks to be captured and slaughtered at one time since the bodies will not need to be brought to shore.

The fins are used to make shark fin soup which is a traditional dish served at some weddings in that part of the world. It is also served at restaurants.

Sharks are also used for medicines in some parts of the world.

As awareness of this cruel practice is raised, countries are beginning to ban the trade, export and import or shark fins.

Sanctuaries are being set up as safe havens for sharks to live. These sanctuaries offer new revenue sources in the form of tourism, attempting to make up for the economic impacts of the sanctions on shark fin trades and sales.

Countries That Import the Most Shark Products 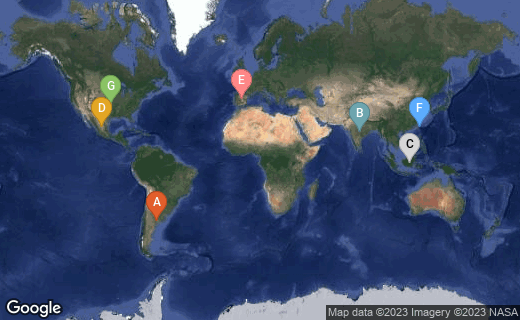 Countries That Catch The Most Sharks

How Can The Average Person Help

According to the Discovery Channel some of the ways the average person can help save sharks include:

Despite the reputation and the media-hype, sharks are in danger of population decimation by human activities and greed. Public awareness and activism is needed in order to stop the cruelty, inhumane practices and disrespect of this ancient predator.

Groups Working To Save Sharks