How to Improve Skill Through Mental Practice

Mental Practice Has Been Proven to Get Results!

How to Improve Skill Using the Mental Practice Technique

The art of Mental Practice is a well known technique and is used by thousands of athletes, business people and those who want to improve their lives or skills in someway, all over the world. However, I think that most people probably associate mental imagery or mental practice with "The Law of Attraction" and so don't lend it as much respect as it deserves.

Mental practice, however, unlike the Law of Attraction, is directly related to the brain itself - or more accurately, the subconscious mind.

In this hub my aim is to demonstrate and then instruct you how to improve skill in any area by creating mental images in your mind. Images of you doing the thing you wish to improve your ability in. Mental practice is a truly powerful technique that when implemented, not only improves physical skills such as drawing, running etc. but also concentration, focus and discipline.

As I mentioned previously, mental practice is utilized by athletes all over the world and has probably been used successfully for thousands of years. The reason mental practice has proven to be so successful is because when you imagine yourself performing an action or skill perfectly and in the way that you want, you are in turn, physiologically creating new neural networks in your brain. These networks could be compared to city blocks, intricately connected by roads and streets. It is these new neural networks that enable athletes like golfers, basketball players and runners etc to perform physical feats. Mental practice is essentially 'almost' as effective as the real thing. In fact, it is widely said that sport is 10% physical and 90% mental and the proof of that is all around us.

Mental Practice can be Tough at First!

Mental Practice Has Many Benefits

Use Mental Practice to Improve ANY skill

A study carried out at Wayne State University, Detroit, Michigan by one L. Verdelle Clark found that Mental Practice does indeed have a noticeable effect on the improvement of skills.

The study was carried out to measure the impact of mental practice on basketball free throws. The first group of students practiced physically throwing the ball for 20 days and were scored on both the first and last days. The second group was also scored on the first and last days, however, they did not engage in any practice whatsoever. Interestingly, the third group did not do any physical practice at all and instead practiced throwing the ball only in their mind, making corrections to their next throw whenever they missed.

The first group that had practiced for 20 minutes a day scored a 24% improvement in their skill. The second group showed no improvement, naturally, and the third group amazingly improved by 23% which shows that mental practice does without a doubt improve skill in the area of your choosing.

Capablanca was an immensely talented Chess player and experts believed that he might never be beaten, such was his superiority over all competition. He was defeated though in 1927 and by a rather obscure player named Alekhine who was previously given no chance against the champion. After the defeat, the world was in shock at such an upset. It was akin to Brazil's football team suffering a defeat at the hands of Malta, it is just inconceivable. When quizzed by a journalist on how he had prepared for the match, Alekhine told him that he had spent 3 months in the country playing chess in his mind and mentally rehearsing the match. Mental Practice won him the match.

It goes to show that should one have the discipline, passion and desire to succeed in a given area of their life, be it business, sport, public speaking or their love life, mentally practicing daily would do the trick. The only obstacle is you, do you want it enough to block out all distractions?

Is Mental Practice Worth the Effort?

You are now armed with knowledge that could see a drastic improvement in any number of skills you have wished to improve but didn't know how to - but is it worth it? Mental practice is simply the art of using one's imaginative faculty - nothing less, nothing more.

I'm about to share a mental practice technique with you now and I urge you to utilize it often as there is possibly no easier way to improve your skills than through mental practice. Enjoy.

Imagination is A Powerful Tool When Properly Implemented 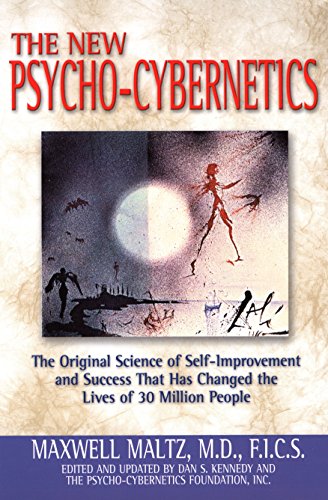 Step One: Arrange a place and time where you can use mental practice without being distracted or disturbed.

Step Three: Close your eyes and mentally relax by breathing slowly in through your nose and then out through your mouth, on the breath out count to 6 before breathing in again. Block out all distractions and noises and focus only on your breathing.

Step Four: Place your focus on the skill that you wish to improve.

Step Five: Tell yourself over and over that you are confident and you have the skill to perform the task successfully. Gently repeat this for 2-3 minutes.

Step Six: Imagine yourself performing the action as you would like it to be performed. The key is to perform the task as if you were seeing through your eyes, not in 3rd person. If you wish to practice shooting hoops, stand as you would like to stand, feel confident and assured, steady your aim and smoothly let the ball sail out of your hand and watch it as it goes exactly where you want it to.

Step Seven: Repeat this mental practice process several times or perhaps you could do 20 minutes a day for 20 days as in the experiment above.

Step Eight: Open your eyes, smile and be satisfied in the knowledge that you have successfully rehearsed and practiced your chosen skill. Congratulate yourself because positive reinforcement is also a big part of mental practice.

Enjoy the process and don't allow your daily rehearsal to become a chore. It is much more than that. It can and will improve your skill level in any area you choose to focus on, and all that is required on your part is 5-20 minutes a day and the use of your wonderful imagination! Not much at all. Your amazing brain will do the rest of the work for you! Good luck and have fun.

One more thing - studies have shown that a considerable amount of mental practice combined with a little physical practice yields the best results.

I try to visualize my race before I swim. Like I’ll lie down and
I’ll relax - - totally relax - - and just think how I’m going to
swim my race, how I’m going to, you know, get into the turns
and out of the turns, how my stroke is going to be. I go
through my entire race - National Team Swimmer

Have you ever successfully used mental practice before taking part in a sport or other activity?

I know this because I myself have used it successfully.

Once upon a time, I 'wanted' to write yet I didn't. I just didn't think I could and rightly so after all, it had been years since I'd penned anything except to journal the odd thought here and there.

Needless to say, I heard about Mental practice and thought 'what the heck' why not just give it a shot. I know I don't need to tell you that it takes discipline to get anywhere. Believe me, in the beginning watching paint dry would have been preferable to sitting there struggling to imagine a keyboard under my fingertips BUT I stuck with it.

It worked. I started writing stories and articles in my mind, just improvising and building them as I went for 10 - 20 minutes every morning after exercise and eventually I was able to transfer that mental practice success to actual writing and here I am!

This is a technique used by:

It works so please - give it a try. Once week is all I ask.