Hurricane season in the Atlantic officially begins and ends on June 1 and November 30, respectively. For many years, the areas most affected were the Caribbean, the Gulf coast including Florida, Louisiana, and Texas, and the East coast to about North Carolina. Come hurricane season, residents in these coastal areas stock up on batteries, bottled water, canned goods, and watch the weather nightly to stayed forewarned of any impending danger. Then Hurricane Sandy hit New York and residents further north, typically outside of the normal hurricane belt, began to take notice of hurricane season.

Each year the weather patterns of any given area change. The changes depend on a variety of factors such as the jet stream, El Nino and El Nina patterns, air masses, global winds, ocean currents and temperatures, and fronts. All of these factors act upon each other to drive global weather patterns. As a result, hurricanes and tropical storms don't typically strike in the same place year after year.

As a Florida resident, I watch the weather closely starting in about May. We've had storms that early. And I've noticed that each year patterns in the hurricane tracks seem to develop. Is this an anomaly that has occurred just in those years I've sat down and tracked storms? Is this normal? And if this is normal, do early storms "predict" the tracks of the majority of storms that season?

The first year we'll look at is 2004, 10 seasons ago, more or less. 2004 was the year that Florida got hammered, and this is really evident on the track map. Georgia and South Carolina also had a few close calls themselves. Of the 15 names storms that season, 9 become hurricanes and 6 major hurricanes. Of those 6, four struck Florida - Charley, Francis, Ivan and Jeanne. Up through Jeanne, the first 10 storms with the exception of Danielle which stayed offshore far to the east, they all tracked either over Florida or just east of Florida. After those, the next five storms tracked far east, similar to Danielle, or through the Gulf of Mexico. Central America and Mexico were spared though the Caribbean islands, particularly Jamaica and Grand Cayman, had close calls from Bonnie, Charley, Earl, and Ivan. Overall, the 2004 season seems to support that observation that early hurricanes adopt a track followed by later hurricanes. 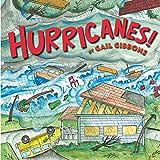 Wow! What a season! 29 named storms, 15 hurricanes, and 7 major hurricanes, including Katrina. The tracks of so many storms are all over the map, to be expected with such a busy season. What is clear, however, is that the major hurricanes were concentrated in the Gulf of Mexico and Caribbean. Six storms struck the Gulf coast from Texas to Florida's panhandle. In this season, the first storm does indeed appear to "predict" the future tracks of, at least, the majority of the major hurricanes in 2005. Besides the storms that cruised around Florida and through the Gulf, five storms struck Mexico or Central America. Another 10 stayed out in the Atlantic, including Vince which began off the coast of Africa as normal but then took a northeastern track and made landfall in Spain. Overall, the season was an overly active with some unusual activity.

2006 saw the first season with the pattern we've seen rather regularly since then, relatively inactive seasons with storms staying off shore in the mid-Atlantic. The most unusual parts of this season was the emerging pattern of storms making landfall in or coming close to New England and the lingering storms that repeatedly struck the Irish coast. Of the ten storms of the season, five were hurricanes, and two were major ones, neither of which affected land while major hurricanes. The first storm of the season once again made landfall in Florida. Alberto, which struck the panhandle as a tropical storm, was followed later in the season by TS Ernesto which struck south Florida. Two storms threatened New England. TS Beryl tracked very close to New York before striking Nova Scotia, and TS 2, which remained unnamed, tracked off shore.

For the first time in many, many seasons, a storm developed before the hurricane season officially began. Andrea formed in early May in the Atlantic around the latitude of Georgia/South Carolina. Two other storms formed in that area this season,unusal as most storms form off the African coast or in the Caribbean. The season saw the development of 15 named storms, 6 hurricanes and 2 major hurricanes, a typical hurricane season. The distribution of storms spread them relatively evenly across the Caribbean, the US east coast, and the Mexican and Texan Gulf coasts. Both major hurricanes stayed in the Caribbean this year.

The 2008 season began with a storm in May again; however, Arthur developed on May 31 and could almost be considered in the season. This tropical storm formed just off Yucatan's southern coast then tracked across the peninsula. It only lasted 2 days. The season saw the formation of 16 storms, half of which became hurricanes, and five major storms. Nine of those tracked through the Gulf of Mexico, into Mexico, and the one (Fay) which zig-zagged across Florida. The other seven storms stayed out in the Atlantic.

2009 proved to be a relatively calm season with the formation of only nine storms, three of which were hurricanes, two major ones. The major storms didn't affect any landmasses, and only Bill came close to land, tracking close to Nova Scotia as a hurricane though it had weakened from major status earlier in its formation. Ana, the first storm, formed just off the African coast and dissipated before it tracked into the Caribbean. After that, four storms developed in other areas, all four in a different area - Claudette, just off Florida's Gulf coast; Danny, just east of the Bahamas; Grace, strangely enough in the northern Atlantic where she then looped around until finding Ireland's west coast; and Ida in the southwestern Caribbean. Again, there was no easily detectable pattern among the storms, except that many formed off of Africa's coast, not unusual as this is where the waves usually come from.

And we're back to a busy season in 2010. 19 storms, 12 hurricanes, 5 major hurricanes. The first storm of the season tracked across the Yucatan Peninsula, and the pattern held for three other storms. A fifth storm turned northward before hitting the Yucatan but as a hurricane certainly would have dumped rain and brought winds to the southern coast, an area battered throughout the season. Cuba was hit with two tropical storms as well as Hurricane Matthew which tracked between Cuba and Hispaniola, Florida with one and Texas with one. The other storms remained in the Atlantic. Nova Scotia was once again hit, this time by Hurricane Earl, continuing the trend of storms remaining strong enough in the upper latitudes to heavily affect these northern areas.

Another 19 storms in 2011, seven of which were hurricanes with four major hurricanes. The first storm again developed off the coast of the Yucatan, the northern coast this time. Four other storms would ultimately affect the Yucatan of Mexico's Gulf coast. With the exception of three other storms, everything else developed and/or stayed out in the Atlantic remaining no threat to land. Of the three anomalies, TS Lee developed in the Gulf of Mexico and meandered into Louisiana; TS Bret developed and dissipated quickly off the eastern coast of Florida; and Hurricane Irene made landfall in North Carolina.

Following the pattern of the previous two seasons, 2012 was another busy year with 19 storms, 10 of which were hurricanes, 2 of those major hurricanes. The storms were literally all over the map. This year, however, the first storm of the season began off Florida's east coast. Beryl, Debby and Isaac also flirted with Florida though nothing damaging. Isaac, however, gave the folks in Louisiana another scare just a few years after Katrina devastated the area.

Only two storms affected Central America this year while seven storms stayed out in the eastern Atlantic and four more, including Beryl, tracked close to Bermuda. Sandy was the one this year that shocked the nation. It developed in the southwestern Caribbean, hopscotched over Jamaica and Cuba before zig-zagging up to New York. No other storm that season tracked the same as Sandy though after the previous seasons when hurricanes came closer and closer to this area, it was probably only a matter of time before a major hurricane struck New England.

Like 2012, the 2013 hurricane season was all over the map, literally. The first storm, Andrea, struck Florida's panhandle. Then Barry struck Mexico's east coast followed by Chantal which stayed in the Caribbean. The fourth storm of the season, Dorian, looped close to Florida's east coast. After that the storms seemed to congregate far east in the Atlantic where they posed no threat to land. Mexico's east coast experienced two more storms, and a third storm started and died relatively quickly in the Gulf of Mexico. The pattern, though not "predicted" by the first couple of storms, did develop eventually, storms staying out in the Atlantic, a trend seen in several previous seasons and one that doesn't come as a surprise considering that storms tend to form off of Africa's coast. Of the 14 storms that season, only two were hurricanes, Humberto in the eastern Atlantic and Ingrid in Mexico.

2014 witnessed the development of only 8 storms, 6 of which were hurricanes, 2 of those major hurricanes. Interestingly, the two tropical storms, Dolly and Hanna, were the only two storms that developed near the Yucatan peninsula. All the other storms tracked up the eastern coast of the US though all but Arthur stayed out at sea and didn't affect the mainland of the US in any significant way. Fay and Gonzalo both affected Bermuda.

Arthur was the first storm of the season and set the pattern up the east coast. However, it was Bertha and Cristobal who showed the true pattern of the season wherein storms stayed further east and offshore from the United States.

As expected, due to weather patterns each year, storms seem to develop of where they track. Many times these tracks keep the storms away from the US mainland and out at sea. However, patterns also develop over Mexico and the Yucatan Peninsula every few years. The first storm of the season does not seem to be any indication of the tracks of future storms. The best way to know what will happen with any given storm in any given season is to stay tuned in to what meteorologists predict. Advances in technology each year make storm forecasting more and more reliable as computer models collect an increasing amount of data with which to make predictions. It should also be noted that, though Sandy seemed an anomaly, there are stories and records of major hurricanes striking New England as far back as the 1700s. It's a rare occurrence to be sure, but it does happen. Stay safe out there this hurricane season!