As far back as I can remember I've had a bit of an obsession with mythology so I've decided to try to commit to writing a Hub everyday to share a little tidbit of information about random things I love.....The first one I'll discuss is Hydra.

The Hydra dragon found its home in swamps close to Lerna in Argoles. It was as terrifying as it was unique, being an offspring of Typhon and Echidna. Typhon had 100 heads that reached the stars with venom dripping from his haunting eyes while hot stones and lava poured from his hissing mouths. Hydra's mother, Echidna had the head of a breathtaking Nymph and a body of a serpent.

Hydra had many heads with a serpent's body. His primary head could never be destroyed by a weapon and if other heads were severed then two would grow back in its place. Hydra's breath had a stench that was capable of killing animal or human and it would emerge itself from the swamp and attack local villages and herds of cattle, devouring them with all of its heads.

Hercules took his nephew and charioteer Lolaus on a speedy chariot to Lake Lerna to find the terrifying Hydra. Upon reaching Hydra's hiding place he shot flaming arrows to provoke Hydra to come out of hiding. Hercules began slaying heads and they would grow back in double time so he yelled to Lolaus to bring him a flaming torch. As Hercules would sever a head, Lolaus would cauterize the wound to prevent new heads from growing. The final head could not be harmed with a “weapon” so he hit it with the dragon with a club and ripped the head off with his bare hands, burring it immediately in the ground and places a massive boulder on top. After Hydra was dead, Hercules dipped his arrows in the deadly blood to use as killing weapons at a later time. 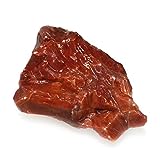 Get Your Dragon Stuff At Amazon 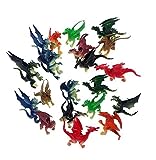