I Would Marry Forrest Gump

Momma always says there's an awful lot you could tell about a person by their shoes. Where they're going. Where they've been. I've worn lots of shoes. I bet if I think about it real hard I could remember my first pair of shoes. -- Forrest Gump

If a man like Forrest Gump can learn to read people from their shoes, then he ranks in the upper rafters of dedecutive reaonsing with Doug Furhman, Sam Spade, Perry Mason & Paul drake, and Dixon Hill (Star Trek: The Next Generation®). IQ isn't everything, but heart can be,

Gump was a good soul in a bad world -- How many of these do we find? Even the abused and wayward Jenny left her LSD cloud to come aground and marry her for the remainder of her short AIDS-riddled life. His love for her was unconditional and he leveled the childhood shack in which she'd been meted out so much abuse.

Forrest Gump was simple and honest and knew what love is. Wishing that there could be such people in the workd, I have not yet found a Forrest Gump. However, I agree with him, that he would be a good husband.

If it wasn't hard, everyone would do it. It's the hard that makes it great. - Tom Hanks

Well said. Honesty is hard once you lose it

The entertainer Tom Hanks takes on each role full force in such a way as few actors can accomplish. Meryl Streep and Philip Seymour Hoffman are two that come to mind. Hanks's Gumpish speech patterns unintentionally carried over a it into his film Apollo 13 and made me smile.

Forrest Gump paradies were everywhere, including in the animated TV series Veggietales (see the film clip).

I don't know if we each have a destiny, or if we're all just floating around accidental-like on a breeze, but I, I think maybe it's both. -- Forrest Gump

The Gump Attitiude - from PrivateLabelEbook.com 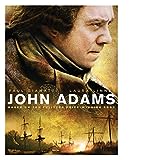 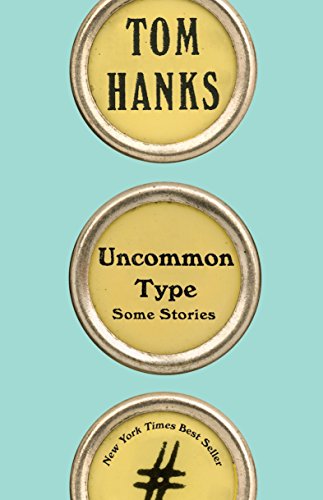 The Work of Tom Hanks

A full bibliography can be found at IMDB.com, but specific features at all phases in Tom Hanks's career have impressed me.

As his parents perfected a marriage dissolution in California, Hanks lived with several step families, which gave him an uprooted childhood (fortunately, he reports no abuse). Having no recognized acting abilities in high school or college, he eventually went to local auditions and was cast in community theater, after which he went to act in Cleveland, Ohio. By the 2000s, he'd been chosen America's Favorite Movie Star by Harris Polls for 2002, 2004, and 2005.

Favorites from the work of Tom Hanks:

Bosom Buddies (1980 - 1982)- With Peter Scolari, he played a pair of junior advertising professionals that need a place to live when their apartment building is demolished. A female coworker invites them to her hotel - the Susan B. Anthony Hotel, where no men are permitted except in the lobby, Therefore, the two men must take on the personas and attire of women, switching back and forth between work and home.

The Man with One Red Show (1985)- Hanks plays protagonist Richard Drew, whose friend has hidden all of his shoes except for one mismatched pair, one of which is red. The odd shoes become the focus of a CIA surveillance project.

A League of Their Own (1992) - Story of the first professional women's baseball league.

Sleepless in Seattle (1993) - A widower's son advertises and a new wife for his dad.

Philadelphia (1993) - An attorney stricken with AIDS fights for his rights.

Saving Private Ryan (1998) - A history teacher serving in World War II heads a platoon sent to find return the last of 4 US Army brothers, home because the first three were killed in action.

The Green Mile (1999) - Miracles on death row in a Stephen King story.

Band of Brothers (2001)- TV docudrama, miniseries, about US Servicemen in the World War II European operations.

The Road to Perdition (2002) - A gangster film based on the comic series Road to Perdition. Tm Hanks portrays a hit man for an Irish organized crime syndicate in Chicago during the Depression. While he attempt to to prevent his young son from learning about his job, he is pursued by another hit man, Jude Law.

Catch Me If You Can (2002) - Based on a true story. Hanks plays a federal agent assigned the task of bringing down a top notch embezzler and impersonator played by Leonardo DiCaprio.

The Terminal (2004) - An Eastern European is stranded in a major US Air Terminal when his country falls to invading forces and he cannot return. He uses his knowledge of engineering to make a living in the air terminal.

Big Love (2006 - 09, Executive Producer)- Creepy and disturbing look at the LDS church and its members. Actually, after viewing it twice, I can't watch it. It's creative, but too strange. However, the show is likely to make BIG BUCKS$$$$ from the schadenfreude of the viewing public. And of course, sex brings in the loot and polygamy can be fascinating.

Tom Hanks is involved in strange stories on film since the mid-2000s. These include Big Love, The Davinci Code, and Angels and Demons. As a fan of Law and Order, Special Victim's Unit as well, he likey has a host of odd story ideas emanating from his television that he may produce in the future.

As an aerospace exploration and Star Trek® fan, he might be successful in the science fiction and futurist genre, and this is my hope.

Until he produces some science fiction, I'll skip some of the odder offerings of late and rewatch favorites such as Forrest Gump, John Adams, and Catch Me If you Can.

In addition to creating films and mini-series on topical issues of the day, Tom Hanks donates time and money to several worthy causes, including one of my favirotes - preventing and stopping abuse of all kinds. He participated in America: A Tribute to Heroes for the victims and families of 9/11, is part of the Board of Governors for the National Space Society and is an advocate for alternative enery an dsustainability.

Other of his chosen causes include: