If you have ever stopped to think, "What if my mom or dad hooked up with someone else, instead? Would I still exist?" This blog my be of use to you.

Each sperm and each egg are different within the individual. There is a mixing of genetic material even before a sperm is completely developed. This is why you are not identical to your brothers or sisters, (Even identical twins can be slightly different, even the monozygotic ones). This having been said, would you still be you if things turned out different, either a different egg and sperm OR one of your parents were not there to partake in your creation?

If you tend to lean towards "No" for the answer to this question, then ponder this: what are the chances that your parents should meet....etc. Now extend that to their parents and their parents and so on. Obviously the chance of any of us existing, as we are, is slim.

So the contemplative person might wonder if their own existance is nothing short of a miracle. So the six plus billion people on the planet are all lottery winners?

Imagine all the combinations of egg and sperm that did NOT combine. Such a number is unfathomable. Even higher than our national debt.

What all this comes down to is, can you imagine if things had been different and you did not exist at all - which was, before you came into being, much more probable than not.

The next part of my thought experiment is: If that very unlikely event did not occur, would you exist in some form otherwise? If so could there be multiple yous out there? If one didn't find it's way into existence, maybe the others would. If so, can you find these clones of yourself?

Or maybe...personal identity is an illusion. The difference between you and I is not really real. "Horse shit!" you might say. "I look, think and behave quite differently from a lot of people and there are some people that I am nothing like. In addition, my personal experiences are my own and are unique to me."

To this I say, "True that." I will not argue against any of that. However I will try to argue against a more subtle part of the rebutle. The part including the words "I" and "me." These concepts are not unique to anyone. Any creature that can recognise self from non-self has a concept of "I" and "me" (whether or not they could be said to possess conciousness is another matter alltogether).

So what I propose is that I or me would exist as long as there are people in existence, no matter how different they are from you and I. As to our supposed uniqeness: to some degree, any grain of sand on a beach is unique and was caused by random chance.

So I return to the assertion that individuality is illusory. (Now I haven't taken a logic class or anything like that, but I will continue this thought experiment reguardless, even if it is for nothing more than for my own amusement).

We could look at sociology but let me start with biology: We are made mostly of water. Water is not unique. Water goes in and out of our bodies each day. So does oxygen, which is not unique either. The basic amino acids that make up most of our tissues are not unique. They are provided by food that we eat daily. Knowing that, think back to the distinction between self, and non-self.

Now physics: we cannot survive without a certain amount of heat energy, much of which is provided by the sun. This heat is absorbed by us through our environment. Hopefully, the reader will take this to see that the line between individuality and environment can be blurred. Without our environment, we do not exist.

To provide a specific example: being mostly water and needing oxygen, if I was in a rainforrest long enough, I would drink the rain water and breath the oxygen produced by the tree. Most of my body is shared with the environment around me, and the chemical processes in my body are made possible by heat energy that is shared with that environment which is warmed by the sun.

But what about memories? (Refer to the movie "Total Recall" for those who can remember the plot). Memories aren't all that. They are pretty fuzzy. Eyewitness testimony has been found to be one of the most unreliable of sources of evidence provided in court cases. Memories are a recreation, not a playback of a video. They are influenced by all kinds of human biases and assumptions.

So to make a long story even longer, you and I do not exist, and have always existed from the begining of time.

Sounds like a bad fortune cookie? It is another one of those confusing, (and, to some of us, annoying) statements concocted in a futile attempt to erase the heavily stenciled lines between categories that we have always taken for granted. Kinda like before Keanu Reeve's character discovered he was in The Matrix. Or when Decarte said "I think, therefore I am," both instances point toward the aknowledgement that, even though our categories serve useful puposes on a day to day basis, they are the building blocks of a vast illusion that we believe to be real. 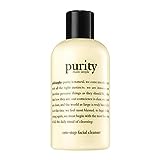