Culture Around the World 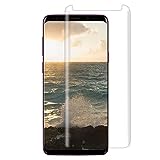 Perhaps the fact Wal-Mart’s yearly revenue surpassed some small Countries, Sweden for example, bloated the mega-corporation’s ego a bit. For when they decided to go global they didn’t think of changing their all-American style, energy, or employees for the sake of their new, and culturally diverse shoppers. Under these practices Wal-Mart wasted 1 billion dollars and only lasted 8 cruddy years in both Germany and Korea.

The reason for their failures lies strictly in culture: the one subject the brand forgot to research before addressing their cliental. In Germany, shoppers enjoy being left alone, they like to bag their own groceries, and they find nothing wrong with employee romances. When Wal-Mart came totting their employee-friendly policies and overly helpful tactics- such as bagging groceries- German costumers called them intrusive. They also found their employee dating policies lunatic; favoring Wal-Mart quickly became unpopular because it did not match Germany’s preferred ways of life. Now, Wal-Mart is investing loads of money into researching culture, having learned their lessons the first time around.

Culture is very important; heck, even seasons are culture, while January is winter in America, it is summer in Australia. By learning other cultures we expand our understandings of the world. What before angered us, simply because we didn’t understand it, can start to make sense. This is how diverse-cultural knowledge can bring our world to a more peaceful state. Our Countries have been divided by diverse cultures for many years now- cultures based on class, race, gender, and occupation. But never so prevalent and readily available has a lesson on diversity been, until now with the presence of globalization.

How has globalization affected your life? For me, it has given me random bits of knowledge. Thanks to House Hunters International, I know that Berlin is the cheapest place to live in Germany. And, an 800 square foot apartment in London Square will cost upwards of one million dollars. The glory of globalization, all of us have a chance to see other cultures up close and personal with the simple flick of our remotes. I can travel worldwide without ever leaving my living room, only footing a steep cable bill in return!

We learn from our parents, peers, schoolteachers, and idolized figures how to act according to our own culture. Those that deviate from the norms are stigmatized from an early age, quickly taught to follow-suit of others or risk isolation and assault. Because of this, we are taught that anything outside of our specific norms and culture is wrong and not good. Therefore, other cultures can become mistaken as ‘wrong’- a reason that our neighbors, friends, and workplaces are often segregated by race and culture.

In one of my first sociology courses we read apiece about a tribe called the “Nacirema,” a group with a love for materialism and beauty. The Naciremas worship their looks in a shrine. While rich Nacirema’s have multiple shrines, poor folk only have one. Inside of each shrine is a box that holds magical potions, powders, and pills that the Nacirema’s swear by. In fact, they believe that the human body is nearly worthless and rather disgusting without all of their mystical products. I remember reading this with wonder; what a strange tribe, I had thought. And then I read the small print at the bottom, where I realized Nacierma spelled backwards is American, that shrine is actually our bathrooms, and the precious box? Our medicine cabinets!

Just goes to show how our perceptions of a culture define the ways we interpret and describe what another group is doing. Had we the chance to ‘save face’ and describe medicine cabinets from our own user-perspective, the description would be vastly different.

The problem is a pesky thing social scientists refer to as, ethnocentrism: the tendency for humans to believe that their culture is not only the best, but also the brightest, marking all others inferior.

Every Side has a Story

In South West China it's popular to eat noodles topped with pig intestines and blood. While this might churn nausea to an American, most foreigners would think twice before eating the genetically modified food now prevalent in western dishes. Having no idea what many of our unnatural foods really are makes those detectable intestines seem a little less scary. Many aspects of the worlds' diet differ but globalization is starting to change this. In Australia there are 726 McDonald's American restaurants now. And in one of the poorest regions of the world, Asmat, the Agats eat the same raw Top Ramon Noodles and sauce packets we see at our grocery stores. They are purchased from venders that sell them to the near-starving residents for nickels and dimes. And in Beijing, KFC is the fastest growing restaurant. Pretty soon, the western diet will be killing world-wide, yet still we snub our nose at more traditional and natural forms of cuisine.

Someone buys an Andy Warhol painting for 21 million dollars. This same year, nearly 1 billion people worldwide will live on $1 a day. They did not go out to restaurants, or worry about gas prices inching up at the pump. They did not send their children to the finest colleges or even have access to running water each day. Culture makes up our everyday lives, yet money decides which culture you can imitate, regardless of the region you reside in. In America we have an ever-growing gap between the rich and the poor- with the middle class stretched out like Gumby, near close to ripping away completely.

Is it natural for us humans to be walking around all sophisticated, holding in our burps and excusing the very presence of a sneeze? Yet hidden beneath the logical manners rests an animalistic tendency few can ignore. There’s that sudden burst of flight or fight or the competitive edge we feel creeping up when head-to-head for something we truly desire. Humans are animals, sophisticated ones- or so we think. Yet whenever one of my Golden Retrievers meets a new friend- may he be a Lab, Poodle, or Pomeranian- they instantly make friends without seeing the difference in skin color, bark, or demeanor. My Goldens are smarter than us humans, in that they can see no matter the breed- dogs are dogs; a lesson us humans should invest more time realizing.

Hungry Planet: What the World Eats
I suggest this book to any and everyone. Having just purchased it myself, I couldn't be happier! Full of eye-opening and enlightening information, a most-have for every coffee table.
Buy Now