Back to Iraq in the Second Term of Office

Many events were major during the years 2012 - 2016, but the possibility of re-entering a War in Iraq was immense.

"We can act carefully and responsibly to prevent a potential act of genocide."

Northern Iraq was invaded by the Islamic State of Iran, sending thousands of Christians fleeing their homes.

Their choice was like that of the 50,000 Yazidis trapped on Mount Sinjar without food and water: "Convert to Islam, pay a religious fine, flee their homes, or face death." America first sent food and water supplies by air lift, then considered military action. More humanitarian aid is planned.

The President described what he felt to be appropriate airstrikes, should the Islamic State radicals choose to advance on American troops in Irbil and its US consulate.

Some 800 US troops arrived in Iraq early in 2014 for operation centers in Baghdad and Irbil for intelligence gathering and assessment of the nation and its status.

Congress was on recess when all this occurred, but the President conferred with House Speaker John Boehner, R-Ohio and Senate Minority Leader Mitch McConnell, R-Ky.

In Washington DC early on the morning of Friday August 8, the Pentagon reported that American fighter planes released bombs onto Islamic militants in Iraq, destroying two pieces of equipment -- The two fighter jets took off from the USS George HW Bush in the Persian Gulf and dropped bombs weighing 500 pounds onto an artillery vehicle and a military truck.

On August 9, the US aimed for two armored personnel carriers that were firing on Yazidis and destroyed one. Twenty minutes later, the US fired on two more such vehicles and an armed truck. Americas used fighter jets and drones in these bombings. During mid-afternoon, another air strike occurred, followed by additional food and water drops via air lift to the captives.

Suggestions have been made that both manned and unmanned American aircraft stand at the ready to attack. Republican Senators. John McCain and Lindsey Graham supported President Obama's recent actions in air strikes, but declared that additional actions are needed as well. France spoke out against the Islamic State in this matter and planned to help in the near future.

Another question to solve is that of under-armed pro-American Kurds in the north of Iraq, who want to purchase American weapons. So far, President Obama has not agreed. Meanwhile, Reuters reported that Kurds purchased AK-47 assault rifles at a local arms bazaar. On August 10, the President decided to furnish arms to the Kurds. 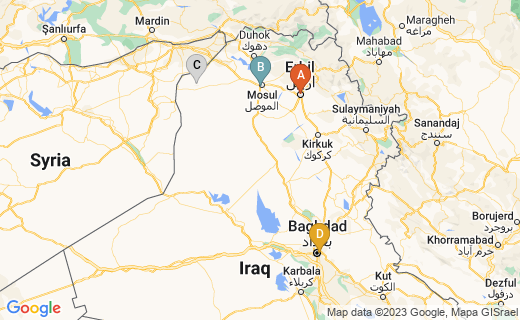 Differences occurred in the 2013 Inauguration festivities, making them more compact and less expensive. That was a good thing. Other changes were more historic and were also good things.

For the first time that anyone living can recall, a woman and a non-clergy person delivered the Inauguration prayer. Billy Graham had done so through many decades and can no longer oblige in the cold weather at the age of 90+. Another preacher was disqualified over public protests about his beliefs.

This opened the way for Ms. Myrlie Evers-Williams, widow of slain civil rights hero Medgar Evers, to deliver a prayer as good as any preacher's. The Bible says that we are all priests and sons (meaning people, male and female) of God, so this historic change is good for us. Evers-Williams in a woman, a lay person, and also a Black and a civil rights worker. Some find opposition to those designations to be a hobby in itself, but her offering of prayer was appreciated by most of the attendees overall.

Another historic note is the use of two Holy Bibles for swearing in - one owned by my favorite president, Abraham Lincoln, and another owned by the late Martin Luther King, Jr. I hope the drive and tenacity for useful accomplishments such as these two men showed, and lost their lives in doing so, will help America, her people, and the world as they find their way into the Inauguration and the final presidential term of Barack Obama.

Some rabble rousers felt that in its understated and mostly traditional ceremonies and music, that the Inauguration for Barack H. Obama in his second term was not exciting enough.

One criticizer did not want to see Bill Clinton's face. A first daughter yawned; at age 11, so tired by the end of the day that she shivered with fatigue in the yawn. The First Lady half-way rolled her eyes at a comment no one could hear. Someone(s) didn't show up (irrelevant).

Personally, I hear a few American brains shriveling in the attempt to change the Inauguration into Real Housewives Meet Jersey Shore On the Potomac.

One hundred and fifty years past the Proclamation of Lincoln, we are yet not done with the work toward equality. Obama is criticized for his number of Executive Orders, but so was Lincoln and so was George W. Bush. Were Lincoln alive today, he may have used more EO's than Obama and Bush combined.

I am convinced that of Abraham had not been assassinated in 1865, his health would have taken him from us. He completely drained himself for our country in a way unmet by any president since his time. Every mid-term State of the Union Address is met with public whisperings of , "Doesn't he suddenly have a lot of gray in his hair now." Rightly so.

What would Lincoln, Medgar Evers, John Kennedy, Martin Luther King, Jr. and others say about January 2013's America? I hope they would see some progress among our efforts. If they could read the poem One Day, about working America and dedicated to the Inauguration by Poet Robert Blanco in its hard hitting simplicity and elegance, I think that they would surely see progress among us.

The year 2013 also marks the 150th year after the completion of the Capitol Building in DC, marked by the statue at its dome peak of the Spirit of Freedom. A slave that was soon to be free finished the bronze work on the 16-foot figure when the original crafter died in Europe. 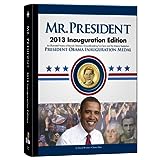 Important Points and Aspects of Inauguration 2013

Judge not, that ye be not judged. Matthew 7:1

Woe to the man by whom the offence cometh! Matthew 18:7

Even so, Lord God Almighty, true and righteous are thy judgments . Revelation 16:7