Thinking in Hyperlinks or How Is The Internet Like the Gutenberg Bible?

The internet has changed the way people think and communicate as much as the Gutenberg Bible did in the fifteenth century. Gutenberg's movable type made the printing and distribution of books possible in a way that changed the world forever. Once ordinary people had access to the written word in their own language, a veritable orgy of intellectual activity occurred. You might say that learning to read changed the way people's brains were wired and made them think differently. It was not just that they had access to more information, the way they processed information they had access to changed and that is what changed the world.

Along came the Protestant Reformation, the Age of Enlightenment, the Industrial Revolution and so much more that has shaped the modern world. I knew, the minute I saw it for the first time through my Mosaic browser in 1995, that the internet was in the same category. I knew too the law of unintended consequences would soon be in play. I’ve been watching with amazement ever since as the world I grew up in, that shaped and formed me, has receded further and further into the past and a new all-encompassing virtual world has emerged around me, sparking millions of amazing changes to the once unchangeable in every corner of the globe.

I don't think anything in my whole life, except the day my oldest child took his first steps excited me the way my introduction to the internet did. I knew right away that this was not just some new wrinkle like color television or touchtone dialing. I knew in my gut it was a paradigm shift that would change everything and everyone from top to bottom all over the world. It has too in just the twelve years that I have known about it and there is much more to come. Has anyone under thirty ever seen a galley-proof, or a paste up, or typed a letter with carbon copies? Can you even buy carbon paper anymore? Who knew that call centers would end up in India or that I would be able to read newspapers from all over the world every day online, or follow the day to day unfolding of a war half a world away on YouTube. The evolution is ongoing......and it happens in the blink of an eye. One day Yahoo and Alta Vista were the search engines to watch. Then, suddenly, out of nowhere came Google. Printing, Real Estate, Banking,Publishing, Automobile sales, Auctions--every industry I can think of has been restructured in a major way by the birth of the internet.

In 1993, Bill Gates was just a kid who had dropped out of Harvard to make software and I was the proud owner of a MacIIsi with 16 megabytes of RAM which I was haltingly teaching myself to use instead of my old IBM selectric typewriter. There was an odd logic to learning to use the word processing software that was very different from how I had been taught in school. It involved endless hours of trial and error and thousands of odd logical and mechanical connections that seemed to elude me, but were simple once I made them. I had to learn to think outside the box and to experiment for myself until I found the right way. I would spend hours at the keyboard and leave frustrated and with my head feeling like a mush melon. Eventually, I mastered the basics of Microsoft Word and moved online with AOL, when it had only 2 million members and Steve Case sent us all a chummy email every Friday. Once on the net I would skip from hyperlink to hyperlink in a trance. Hours went by as I waded through miles of totally unrelated information. I loved it.

Many in my generation dismissed the internet as a fad in those days. I simply couldn't talk to them about it. The word browser to them meant someone rummaging through a shop, and the word Mosaic referred to tiles for their bathrooms. I used to liken them to monks sitting up in the scriptorium, carefully illuminating manuscripts and telling themselves that Herr Gutenberg’s new fangled printing press would never catch on. 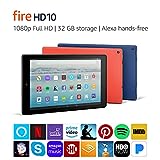 So there I was online in the mid to late nineties, making virtual friends with people 30 years younger than me, who were as energized by this new medium as I was, but who grasped its workings in a visceral, organic way that I did not. They had encountered computers in school. I had not. They assumed I understood what they understood and I didn’t. I think our brains were wired differently, the pathways having been set up in childhood and shaped by the world we grew up in. When I was a young child rotary dial telephones were cutting edge and television didn’t exist. The notion of a personal computer was many years in the future. I read books, played outdoors and went to schools where we sat one behind the other at individual desks and listened to the teacher. She asked the questions( and it was usually a she not a he) and we answered if we could. We were in competition with each other for grades. Nobody worried about our self-esteem and nobody ever suggested we work in teams. Original thought was not encouraged. I didn’t learn about that till I got to college. Frankly, as a kid I was bored to death in school. But the result of my schooling is that my instinctive way of learning is linear, set up by rigorous training in what now seems like a very constipated logic.

Anyone over the age of fifty probably knows what I am talking about. We’ve been trained to think narrowly and deeply, attacking subjects separately and one at a time. We follow one train of thought down a logical trail to its conclusion. Those born after 1970, as I observe them in my travels through web 2.0 social networking sites, are wired quite differently. They think in hyperlinks-- jumping from one thing to another with ease and without confusion. I am fascinated by their ability to think broadly and cross pollinate ideas. They are amazingly creative. On the other hand, I am sometimes appalled at their lack of specific factual knowledge and seeming unwillingness or inability to consider nuances or entertain dissent about a given topic. In the real world I am terrified by their ability to multi task. You haven’t lived until you have watched a 19 year old simultaneously drive a car, take a picture with her cell phone and post it on the internet while talking to you about something completely unrelated.

I blush to admit that I have never taken a picture with my cell phone or made a video with my webcam.....something the average twelve year old can pull off with aplomb. The most I can handle is paper jams in my printer….. and I still like to print things out. There is comfort for me in the printed page. I like storing hard copies of things in physical folders instead of on my computer. It’s familiar, linear and tactile like the way my brain is wired. I like books too. There is something incredibly satisfying about sitting in a comfortable chair and turning real paper pages. Funny, that in the fifteenth century it was access to books that changed the paradigm and today they are old hat. Today the web is the new printing press. It's the free and open marketplace of information that connects humans to other humans everywhere and takes the exchange of goods, information and ideas to an undreamed of level. I may be an old dog learning new tricks, but I still feel so lucky to be a part of what is, in my opinion, the seminal event of the last 400 years. I can't wait to see what happens next.

I wonder what Johann Gutenberg would think of the Kindle.