Is astrology a science? The difference between astrology and astronomy.

Are Astronomy and Astrology the same?

So what is the difference between the two?

Astrology is the study of relationships between humanity and objects in space beyond the human world. Various celestial movements and alignments are used to define, explain and/or predict events involved in human lives. Celestial bodies are directly connected to the totality of human experience.

Astronomy is the study of objects in space and the relationships they have to one another, primarily as can be described and confined mathematically. There are no causal relationships in Astronomy between the physics of the universe and the day to day lives of people living on the Earth in either fortune or spirituality - outside of obvious impacts like solar activity as it relates to droughts or the moon acting upon the tides and so on.

Few highly regarded scientists working at reputable universities or other institutions hold Astrology to offer any significant source of "scientific fact" outside of Astrology's having accurately charted the movement of planets and other celestial bodies with great care (as did many other practitioners of various belief systems around the world). Believers in Astrology claim to have insights from the universe that transcend what human science comprehends.

The essence of science is to pursue lines of inquiry through controlled observation and experimentation to derive verifiable and repeatable results. A scientist gets an idea that he or she believes might describe or define some new universal phenomenon and will then formulate that idea into what is called a "hypothesis," which is essentially a declaration that goes something like "when X is exposed to condition Y, Z will occur."

Once a particular phenomenon can be proven to function in a certain way, the scientist(s) write about the successfully tested hypothesis and pass it around the scientific community. As more and more scientists toy with and perhaps find the hypothesis to work in their own experiments, many of which are specifically designed to do nothing BUT prove it wrong, that hypothesis can begin to move from the realm of being merely a "hypothesis" into the land of "theory" instead.

Once something is considered to be a theory, that idea holds greater sway, but it still remains suspect until all attempts to disprove it finally exhaust themselves over time. Eventually, once all kinds of scientific disciplines have confirmed the theory just cannot be disproved, finally that theory becomes what is called a "law," like Isaac Newton's "Law of Gravity." (You will notice that Einstein's incredibly useful ideas regarding "relativity" were put out in the opening years of the 20th century and now, over a hundred years later, the "theory of relativity" is still only counted as a theory and not a law.)

Astronomical universe (our solar system drawn larger than in reality)

Astrology does not hold up to this kind of scientific rigor, nor do its practitioners really try. Much of Astrology is faith based, as most spiritual endeavors are. Trying to limit Astrology to the field of science does it a huge disservice, as that is not precisely what astrologers try to do. Astrologers look for behavioral connections between human beings and the alignment of planets and assorted movements in the skies. A good Astrologer can astound a user with perspicacity and profound metaphysical and psychological insight. However, and perhaps unfortunately, they are often unable to duplicate this result consistently or for everyone with statistically significant accuracy, which is why science just can't use Astrology to inform its meticulous discipline. Believers in Astrology will defend its significance vehemently despite inconsistent results, much as will believers in Palmistry and Tarot.

Ignorance or failure to properly grasp astrological meanings and signs are frequently attributed to the uncertainty inherant to this kind of predictive enterprise. It is the shortcomings of the interpretation that fails rather than any flaws in Astrology itself.

It comes down to meaning.

Ultimately, the difference is that Astronomy is entirely based on science, the scientific method, as a means for discovering things. Observations are made of the heavens, as is done in Astrology, but nothing is extracted or interpreted as having meaning or prophetic powers for anything beyond that which physics can mathematically predict based on established evidential trends. Astronomy is concerned with mathematically quantifiable facts that can be accreted into, eventually, astronomical laws, which will then serve as foundations for the conception of new hypotheses and so on until science eventually figures out how the universe works. Astronomical science does not put forth any claims or assertions about how humanity behaves or will behave based on how the celestial objects move about. A scientist might observe a meteor heading towards the Earth and begin calculating its velocity and mass based on movement of light and assorted other measurable details, and he or she might go on to predict where it might land and how big a crater the impact will create based on the ground density of the impact zone and other factors in that vein. That scientist might even attempt to calculate the number of deaths likely to occur based on census details for the region too. But if that astronomer is a good scientist, he or she will not be attaching any meaning or causation of that impact to humanity. In Astronomy, there is no connection to be had. An astrologist might have a different view.

Therefore, Astronomy is a science based primarily in - and arguably limited to - physics and math. Astrology is a belief system that involves interpretation of meaning from movements in the sky and other natural events. Astrology does not carry any weight in the scientific community. Astronomy does.

It is not the purpose of this article to discredit or credit either field, but merely to make clear the differences of approach.

Speaking of ASTRONOMY and ASTROLOGY...

Here's the video trailer for my novel. Have a look: 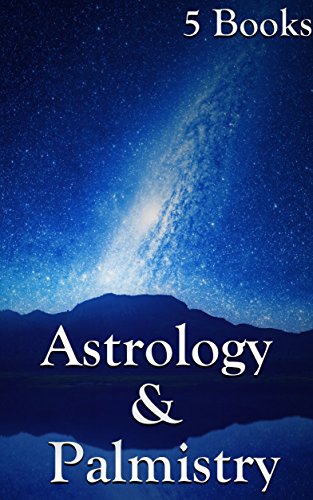