The studies for Tuskegee syphilis began in 1932, where the primary goal was to investigate the rapid growing disease in male African Americans. At that time, therapy (or the supposed “cure) was administered through the use of heavy metals injected into the body. This excruciating practice was provided up until the early 1970s, where penicillin was discovered as the cure for syphilis. Individuals signed up for testing hoping for “free treatment” and a cure, but later found out that medical procedures such as spinal taps were being administered without the use of anesthesia or consent.

The testing and treatment of human beings in the Tuskegee case show many moral failures. Many will state that Tuskegee “directly misused” human beings and used them instead for their own means of researching the syphilis disease. This is an outstanding theory that many moral theorists are familiar with. This thought process was inspired by the ideas of philosopher Immanuel Kant (1724-1804). One way of determining moral rules and how morality plays a part in those rules are best discussed using Kant’s moral theory.

Kant’s moral theory explains that “An action is right if and only if (and because) the action treats persons (including oneself) as ends in themselves and not merely as a means.”

Kantian theory is best explained in the form of example to understand the bigger picture. A younger woman in her teen years goes to visit her dermatologist repeatedly for acne treatment. Only this time a study trial is offered on a new cream that might be beneficial for her sensitive skin. The dermatologist recommends the cream not only because it has signs of success for her patient’s acne, but also knows the only way to receive the cream is by signing up for the study trial. The dermatologist also knows that for each patient she signs up a commission is earned on that clinical study for acne cream. While this did not influence the dermatologists’ decision, she mentally noted that the primary goal was to provide her patient with acne cream to remove embarrassing blemishes on her facial extremities. The “end” factor is where the dermatologist recommended the study trial for the best interest of the patient, whereas the “means” was to simply recommend the study trial.

When using this moral theory to guide your decision on human testing without moral consent one must consider a human’s rights. Human rights are norms that help to protect all people everywhere from severe political, legal, and social abuses. In the United States, commonly recognized human rights include the right not to be tortured, the right to free speech, and the right to engage in political activity. Let us consider the right not to be tortured as a human right for this particular case. The Tuskegee case failed morally in this segment due to using African American males as an end to research the syphilis disease. Also, physicians were using procedures without notice and inflicting excruciating pain by administering spinal taps without any sedatives. Human beings have the right to live a happy, relatively pain free lifestyle. Since these rights were ignored the physicians only sought out the patients as means to their own ends.

The Concept of Autonomy is an idea that an individual should be able to be their own person. This means that an individual has a right to live their life according to their own beliefs or motives and not by another’s manipulating or external force. This is an additional argument that the studies in Tuskegee were morally wrong. If one has a right to live their life the way they want to would they want to be placed in agonizing pain for testing? Many would state that agonizing pain would not be a best way to live one’s life, nor would they want to be manipulated into doing so. Let’s say an individual believes in the advancing of medical science and is motivated by the sacrifice of their well-being to assist researchers investigating a cure for syphilis. Testing on him/her along with pain provided by such actions would be well worth the discomfort. 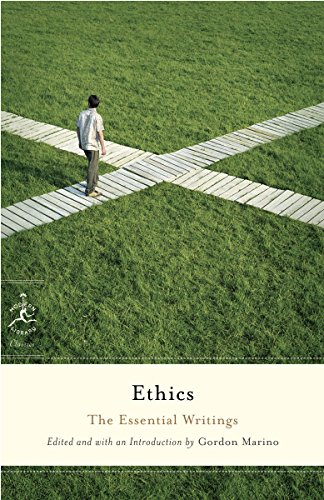 Immanuel Kant’s moral theory provides much strength for this particular guide to ethics. Kant’s theory reveals tremendous flaws in utilitarianism, whereas they believe a bad act can have good consequences.

For example, hedonistic utilitarianism states that “An action is right if and only if (and because) it would likely produce (if performed) at least as high a net balance of pleasure (or less pain) as would any other alternative action one might do instead.” A utilitarian will argue that removing the rights of human beings for research on syphilis (by means of torture) will better benefit human well-fare, and is therefore justifiable in the means to progress medicine.

Kant’s theory is universal to others that can be easily adopted regardless of culture or individual situations. Henceforth, the golden rule, “do unto others, as you would have them do unto you.” Not only has Kant’s theory provided a basis for Human Rights, but the United Nations Declaration of Human Rights was unanimously decided by 48 countries to protect human rights internationally. Kantian theory has a positive light on the ethical treatment of human life and has stood up against malpractice on human testing. With every theory there are challenges that must be evaluated such as medical advancement and ethics on the treatment of human test subjects.

Some will argue that Kant’s theory is too unrealistic. When evaluating on this theory one must follow the main primary goal as a universal goal that all individuals should follow. Unfortunately, this is a major flaw in Kantian’s theory considering all actions should be universal. One individual may act a certain way when faced with a problem, but another individual will respond differently to that situation in the same manner so that universal goals are impossible to reach (or something similar).