King Richard III Reinterment - My Story of the "funeral" of a plantagenet king.

As I write this article the moment I have longed for is upon me. All thought of excavation, DNA identification, judicial inquiry and lottery seat allocation is all behind me. I am faced with the truth that I never dreamt would come true. I am going to the reinterment, the service, the quasi funeral, the reburial of a plantagenet king.

My life, my very being will now always be connected to that great long line of magnificent kings that I have read, followed and dreamt about since I was a child. To be allowed this privilege, to be associated with such a deep sense of British and specifically English history is more than a man can bear. I will carry the memory of the next 48 hours all my life and will be something my children can carry down for years to come.

I realise the enormity of the moment, I am humbled by it but more than anything else, I have an incredible sense of pride that I was chosen. I don't know how long it will take for me to confront the incredible link to history that I am now playing a role in.

I also want to acknowledge with gratitude that it was the Dean of Leicester who invited me to the service and to 'Tim' who seemed to be given the task of answering all my emails. Thank you to both of you.

Was it Shakespeare who said 'All the world's a stage, and all the men and women merely players: they have their exits and their entrances; and one man in his time plays many parts' If I play this one part I will be a happy man.

Ready for the Service

I have to buy a hat

To be honest my head does not suit hats but in this instance I will defer to the Dean's request that a hat would be appropriate. I have the suit, coat, gloves and shoes but I need the hat. But it must not be a top hat, so I am set on a trilby. I will look like Mr Foyle out of Foyle's war. The hat will have to be XL to fit my 24'' head and it will be pictured next to this paragraph. Me in a hat, what I do for Richard.....

The hat is bought and now my attire is complete as can be seen in the accompanying photo. I will travel incognito to Leicester on March 26th with the whole set in a suitcase. I am hoping that it all will look the part.

As I write (and I will leave this article in the present tense) it is Wednesday 18th and events are gathering steam. The Leicester Mercury is publishing articles almost by the hour and have created an excellent map for Sunday 22nd March for people to follow the route of the coffin as it approaches Leicester Cathedral. I have asked permission to use the map and have included in this article upon that assumption.

Arrival of the Coffin March 22nd

''Today'' is March 22nd and is the day of arrival of the coffin in Leicester. I watched the arrival of the coffin at Leicester cathedral and the handing over of the remains from the University to the Cathedral. It was weird knowing I will be there on Wednesday. I am quite familiar with the setting and it was fantastic to see the crowds in what is possibly the most ethnically diverse city in the UK. The service was about an hour and a mixture of songs and prayers and a sermon by the Bishop. The most moving moment was the laying of a black pall and crown on the coffin. Michael Ibsen's beautiful coffin disappeared underneath but it also took on such a regal appearance. Very moving. The coffin will now lie in state in the Cathedral until Thursday.

I start out with some photos of the city and how the event was being celebrated in posters. Then as I approach the cathedral the mood of the people changes and there is a fence where hundreds of ribbons are being tied. This is so that people could say sorry to Richard for the way he had been treated. The cathedral is surrounded by an eerie silence. People are wandering around looking lost in thought about what is transpiring around them. Some are tying ribbons, others looking at the white roses or the statue of Richard. Others taking photos and wondering if it is appropriate.

I move on into the St. Martin’s Centre and there is Michael Ibsen whose crucial DNA provided the link to Richard. We chat and arrange selfies for posterity, a quiet man all the more subdued by the whirlwind that surrounds him. If I could name the top person I wanted to meet, this was the man.

At 8am I dressed in my suit, coat, hat and gloves complete with white rose pin and headed out for the bus. I soon lose all my thoughts of conspicuousness as I sit in my posh clothes. I am soon in Leicester and immediately struck by how my attire was almost expected. The roads are blocked off ready for when Sophie the Duchess of Wessex would arrive but I am not impeded all the way up to the cathedral. Once through security I am in the cathedral grounds and wander around until 9.30 when we are allowed to proceed into the cathedral. My seat is up against the north wall in the uppermost corner of the aisle and initially I think it may not be the best location but I have an excellent view of the hole/pit into which the coffin would be lowered so I wait. It is a two hour wait until the service begins but the time passes very quickly. Once the dignitaries are seated the service started.

It is hard to describe what happens in the next hour. There is a mixture of songs and prayers and a sermon but it is probably best to describe what affected me most. The bishop of Leicester delivers a wonderful sermon about what Richard now represents but the lines that stick out most are when he refers to how Richard had for so long been a creature for archaeologists, scholars and dusty documents but now had been transformed into something in the living conscience. Richard had been given back to the people, he now belonged to the people again. The bishop is far more eloquent than I.

The next highlight was when with military precision, soldiers move the coffin up the steps to the site of the tomb and lower it over the hole supported on plinths. The Archbishop of Canterbury wafts the coffin in incense. Prince Richard, Duke of Gloucester places Richard's prayer book by the coffin, Sophie Duchess of Wessex represents the Queen and bows to the coffin. After the coffin is lowered, the Archbishop throws dirt on to the coffin from places that were important in his life including where he was born at Fotheringhay. As if this wasn't moving enough, what follows was a poem read by Benedict Cumberbatch that eloquently portrayed Richard in a true light. The tomb was then closed and the closing hymns and prayers are said. All this and I am within touching distance.The dignitaries leave and we are also eventually allowed to leave.

Inside the Cathedral I had noticed Phillipa Langley on the TV screen is now standing by Richards statue so I make a beeline and am able to meet her and shake her hand. I also say hello to the lady from ITV central, have my photo taken, watch the band and have a nice chat with two very friendly Leicestershire policemen. I believe I also catch the back of Benedict Cumberbatch as he disappears into a building.

I finally move off and walk to the Globe for lunch. It's amazing what a posh hat does for you, they are happy to bring me my beer to my table, hovere over me as I order lunch and allow me a tab without a credit card. I am first approached by a man who had sat behind me in the congregation. His daughter will be in the evenings entertainment in the cathedral and is obviously very proud. Two gentlemen also from Sunderland who had come to see the proceedings but had not won tickets to the service. I think they are possibly supporters of the cause to take Richard to York Minster but seem reconciled to him being laid to rest in Leicester.

March 27th - The day of the revealing of the tomb

The next day I awake in a daze, could I really have attended the funeral of a plantagenet king? I am drawn towards the cathedral once again and head into central Leicester. There are not the crowds of thursday but there is enough going on to make the visit worthwhile. The first stop is the Haymarket and I donate some change to a man who is singing opera, OPERA!!! in the middle of the city. As I walk away the last song I heard is 'Time to say goodbye' which somehow seemed fitting for Richard. Yes for me it is time to say goodbye. I walk on to the cathedral and stand outside and watch the comings and goings. I walk over at one point to the St Martin Centre and outside is Matthew Morris and Richard Buckley, the two men who were instrumental in finding the bones of Richard. I manage to get a photo with them. I wait a while longer and suddenly the urge comes over me to buy a white rose. I wait till 12 and am able to place my rose with the others that were strewn on the grass. Being now 12 noon it is time for a pint and I walk to the Globe again. I had the most incredible Pork cutlet and pint of Everards Tiger. I think now Leicester is one of the most important cities in my life. I leave with a vow that I would return on a regular basis to have a chat with Richard.

I have touched on this idea many times but I cannot overstress what these three days have meant to me. This is the last chapter in Richards story and no matter what happens I will now be permanently linked to his history. Such an honour does not sit on my head easily without some acknowledgement as to how I got here. I would like to thank the Dean of Leicester, David Monteith, the Bishop of Leicester 'Tim' Stevens and another gentleman by the name of 'Tim' who works in the invitations office. (I suddenly have this shiver that the 'Tims' are one and the same but this cannot be) Without these people I would never have been at the cathedral.

I would also like to restate how Richard III is now firmly anchored in the 21st century. This is something that none of the other kings are ever likely to have. Their story ended hundreds of years ago, Richard has leapt over the generations to be with us today. If that is not a fitting memorial to him then I don't know what is.

Photo Archive from the Day 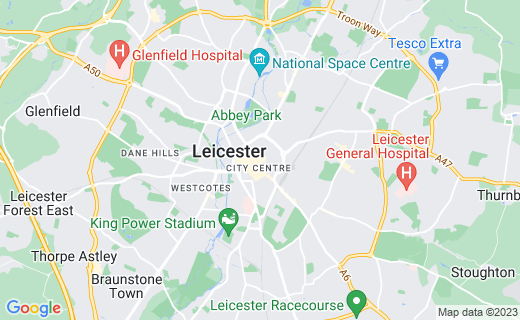