Webster Lake the Lake with the Longest Name

Lake Chaubunagungamaug*, also known as Webster Lake, is a lake found in the town of Webster, Massachusetts, United States. It is located close to the Connecticut border and has a surface area of 1,442 acres (5.84 km2)

*This name is the one the US Department of Interiors calls the lake, even with the disputes to the longer name.

Located in the state of Massachusetts, USA lies a destination unlike any other. Thanks to our native friends who first made homes, lived, and fished we get an original name for this lake. The lake's name is:

Yes, thats the real name of this lake. The lake was named by the Nipmuc Indians that settled the area long ago. The lake's name comes from Nipmuc, an Algonquian language, and is said to mean, "Fishing Place at the Boundaries -- Neutral Meeting Grounds". This was the pact between the Nipmuc and the Mohegan Indians. The biggest running joke about the meaning is "You fish on your side, I fish on my side, and nobody fish in the middle". While the lake has different names, the longest one is the one most people in the area recognize as being true

Geography of the Lake

Webster Lake is a 1,442-acre lake with a 17 mile shoreline. It is found in close proximity to the current day Connecticut border. Webster Lake is one of the top 5 biggest lakes in Massachusetts. On currently lake status in MA, this is the 2nd largest natural lake because it is spring-fed (and also collects vast amounts of water runoff from the surrounding land). The largest lake is Long Pond in Lakeville, MA at 1,721 acres. For most parts the depth of the lake is 13 feet and the maximum depth is around 45 feet . The lakes depth makes it ideal for fish to breed and grow. The lake is natural in origin but its outlet has a dam that raises the water level by a few feet. Cranston Print Works owns the dam at the far end of the lake. The water level will be adjusted time to time depending on weather patterns for rain and forecast droughts in the area.

This unique lake is broken up into 3 different lakes: North Pond, Middle Pond, and South Pond. They are connected by narrow channels that are deep enough for boats to pass though - but some outboard motors might get snagged in areas. Long ago state officials wanted to close off these connections and have three different lakes - but this would only leave one lake and the others would slowly be destroyed from being cut off from the spring that feeds the lakes.There is also a vast amount of swamp around parts of the lake. Many boats have got caught in these weeds and required time consuming cutting to free the engines of these boats. Again, another trap for most motorized boats. It is strongly advised to use a jet engine if you wish to go in close to the swamps or want to pass between the lakes.

Lake Chargoggagoggmanchauggagoggchaubunagungamaugg has about 8 main islands. Out of these 8 islands only a few are notiable for being used to live on, stop on, etc. Here is a look at those 6 largest:

Being a large lake Webster lake currently has two marinas and two fully functional restaurants in the area. They are as follows:

Wouldn't you Love to be this Newscaster!

This natural treasure faces the fate that most lakes and places are. Trash, cans, and other waste is being found - maybe not purposely but carried by the wind, animals, and other ways is showing up in the lake. The lake is kept up and depends heavily on tourism (as does the town). For years now tee shirts, local schools, comedians, and nature lovers been making jokes, songs, and sharing the wonders of this lake. No other lake in the world has had as much news broadcasting and attention then this lake. With 3-5 songs, over 10 stand up jokes, and hundreds of thousands of pictures with alt text extending off the page, Lake Chargoggagoggmanchauggagoggchaubunagungamaugg is one real treasure that shouldnt be missed. It must always be a point of discussion when someone updates there facebook status or tweets "Im currently at Lake Char-gog-ga-go-gg-man-chaugg-ago-gg-chau....". More people would know about the lake if it didnt take 12 minutes to text on a cellphone! No matter what the case, the trip is worth it to make to go visit this peaceful and beautiful location in Massachusetts. 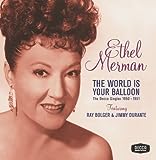 The Lake Song (Chargoggagoggmanchauggagoggchaubunagungamaugg)
This is the old version of the song, I like the new youtube version better but this is the classic. If your a fan of the lake or want something to talk about in a down time, this song really makes people say "what?"
Buy Now