A century ago, the flu called "The Spanish Lady" was swift and deadly, the infected often instantaneously exhibiting symptoms and falling dead in their tracks. This is the stuff of horror films like Outbreak, Contagion, the (fittingly) Spanish REC film series 1-4 and the American remake of REC 1: Quarantine.

The farm families in Guernsey County, Ohio in 1918 suffered from the Spanish Flu epidemic and had few options for treatment, but several victims survived. Why did they survive and what else can we learn from them?

We find one similarity between the flu strains infecting Americans in 1918 and 2015 and a similarity in prevention, but more than one difference between the epidemics.

The film “Contagion” (2011) offers its finale by clearly portraying the specific path of infection around the world, including who infected whom from the first case and where exposure occurred in each instance. We see the infection spreading through individual interactions.

Studying flu pandemics and other epidemics in a preventive medicine program has been useful every year. In addition, paternal family members at the turn of the 20th century were among the survivors of the Spanish flu. These two elements can work together for preventing future flu outbreaks, at least in my own circle.

An outbreak of flu in a greater metropolitan area can be expected to spread and decline within four to six weeks and that is long enough to halt business in a city. For example, during the outbreak of flu in 2012 - 2013, many of the school systems in my Midwestern county closed for several days.

During 2013, mumps and measles outbreaks occurred in a city just north of us, closing down school and social organizations for many days. Those outbreaks were connected to one student at The Ohio State University in Columbus.

SIMILARITY: Unlike other pandemics and seasonal flu infections, both the 1918 pandemic and the 2014 - 2015 epidemic resulted in high infection rates for healthy adults, generally 20 to 50 years old. 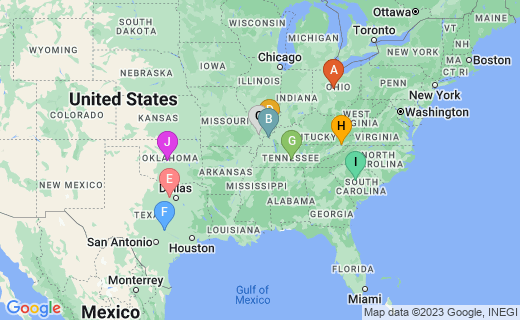 Number of cases already on the decline in the first week of January 2015.

The CDC estimates that 200,000 Americans are hospitalized annually for flu or its complications. Associated deaths number from 3,000 to 49,000 every year. Estimates vary, but the Spanish flu of 1918-1920 killed approximately 50,000,000 worldwide on a population of one billion (5.0% of the world population). 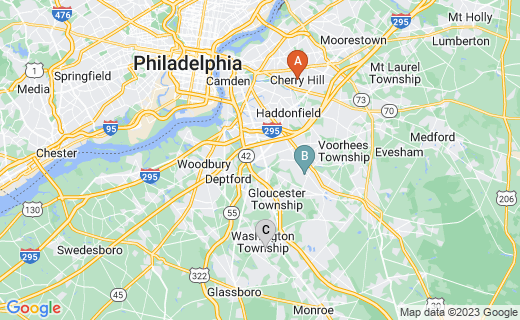 As were some other US States, New Jersey was hard hit with flu during Autumn 2014 and by December 6, the emergency rooms were all consistently full in Cherry Hill, Stratford, and Washington Township, according to Dr. David Condoluci of the Kennedy Health System.

Reports from the New Jersey Department of Health, Communicable Disease Service (see www.nj.gov/health/cd/) indicated that the 2014 - 2015 anti-flu vaccine adequately fought only three or four strains of flu virus, but did not immunize patients from A-H3N2 that sickened people in the epidemic.

Note: Many Americans do not want to accept an anti-flu injection, but the number of patients complying with injection increased in 2014 over 2013, according to the CDC. Further, some individuals are allergic to either eggs or chicken or both, but anti-flu vaccines are now prepared in two media: 1) chicken eggs and 2) a non-chicken product and allergic individuals can request the non-allergen injection.

After careful consideration, the DOH has made a decision to continue to accept egg allergy as a valid medical contraindication for the 2012 - 2013 school year. In other words, if the physician/APN’s written medical exemption states that the child has an egg allergy and cannot receive flu vaccine for that reason, we would encourage schools to accept this as a valid exemption.

Is it only guesswork when the government and vaccine manufacturers decide which flu strains to include in vaccinations each year? They have a method and a formula, but many of the public do not trust them.

Also not trust-building is the declaration by a number of medical professionals that everyone should receive the yearly anti-flu vaccine, even if it does not prevent flu infections. The vaccine is thought to lessen the severity of symptoms in the sickness caused by several flu strains. Some people do not believe that. Conspiracy theorists feel that vaccines make people sick, not well, and probably provide a pathway for mind control and genetic manipulation. Regardless, not everyone who accepts a "flu shot" avoids the flu and 100% protection is statistically slim.

Autumn is a time of holiday celebrations, parties, crowded stores, and flu outbreaks. Even though we may enjoy celebratory activities, some precautions against flu infection work. Some seem harsh, but flu can be a life-or-death disease:

Influenza A H3N2 viruses with the matrix (M) gene from the 2009 H1N1 pandemic were first found in American pigs in 2010. The CDC reports related 2009 - 2010 infections resulted largely from prolonged exposure to pigs at agricultural fairs. Pigs cough & sneeze, so avoid them. How many patients in 2014 - 2015 were around pigs? - We do not yet know.

The 1918 - 1920 virus seems more related to Bird Flu and the 2014 - 1015 virus is a Swine Flu variant. The similarity is that they both target adults from ages 20 to about 50, rather than the very young, the very old, and those with chronic medical conditions or pregnancy. However:

Is it possible that, in a survival effect, the 2015 virus strain mutated to affect more active younger adults in order to spread itself more quickly over more of the human population? The CDC warns us of genetic drift (rearrangement of proteins) in these types of viruses to outfox immunizations.

By coincidence, children in 1918 sang this song while they were jumping rope:

I had a little bird,

Its name was Enza.

I opened the window,

Influenza records since the 1700s show that the world has suffered one major flu pandemic every century. Documentation is the most immense and far reaching for the Spanish Flu. It has a clearly high mortality rate and targets adults in the prime of life.

Christopher Basler, et.al. Toxic Traces: What Made the 1918 Influenza Virus So Deadly? National Institute of Allergy and Infectious Diseases. August 12, 2010.

Surviving The Great Pandemic During WWI

The farming families in 1918 Ohio were more isolated from one another and from the Spanish flu than were residents in big cities and probably less likely to pass the disease quickly. Farmers enjoyed well ventilated areas outdoors. Many of them likely avoided influenza..

In addition, many of the farm family members may have enjoyed some immunity gained from previous bouts of similar flu strains in the 1800s. Further, the farming families seemed to favor Dr. Kellogg's techniques of enemas, hot blankets, and cold packs, which seemed to be effective - Kellogg reported 100% cure at his facility, if we can believe that figure.

Health and Human Services tells us that in 1918, life expectancy for men was 53 years and for women, 54 years. My fathers line of several farming families enjoyed lives of 80 to 90 years and more. Their genetic makeup may have defended them against dying when they contracted Spanish Flu.

Dayton, Ohio officials passed out advice from the US Navy and local Division of Sanitation that likely helped farmers a lot across Ohio: Avoid crowded places like streetcars, trains, movie houses, large meetings, poorly ventilated places, packed circus tents, and crowded streets. Farmers had little time for these things back in 1918, but we can use the advice today.

Can any of these things help us now? Certainly, some of them can, but in 2015, listen to your chosen healthcare practitioner.