So you've heard the term "Lowest Common Denominator" but you're not quite sure what it is. It is a math term, but it's also used to mean "something of small intellectual content designed to appeal to a lowbrow audience ; also : such an audience" (according to http://www.merriam-webster.com/dictionary as of September 15, 2008).

But in math, it refers to a something needed for addition or subtraction of fractions.

But if the denominators don't match (like 3/5 and 1/6) then you have make them match.

So now that we have the two denominators factored, we have to use that factoring to figure out what the Lowest Common Denominator is.

How to find out if a number is prime

More Math Stuff (from Amazon) - Vote for your favorite

Math Video Tutor: Fractions Thru Algebra
This is your ticket to scoring higher in math - from Fractions through Algebra! This product covers Pre-Algebra and Algebra 1 and is essential for any student studying Algebra at the middle school, high school, or university level. This 2-DVD set is 10 Hours in length and features 21 lectures that consists of fully-worked example problems. No boring lectures! Topics include positive/negative numbers, long division, fractions, algebraic expressions, positive and negative exponents, equations, si...
Buy Now 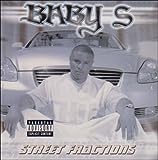 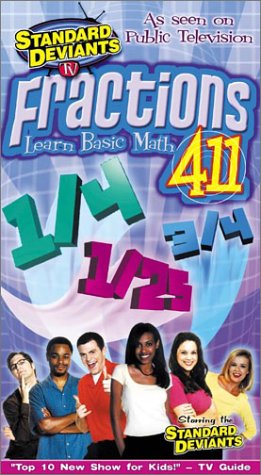 Standard Deviants TV - Fractions 411 (Learn Math Fractions) [VHS]
Welcome to STANDARD DEVIANTS TV, where our modern approach to learning is anything but standard. Our fast-paced, fresh shows are so smart, crazy and fun, you’ll actually forget you’re learning! Flustered by fractions? Don't panic! The frustration and confusion will vanish once you learn the tricks to adding, subtracting, multiplying and dividing fractions. Tune in today and jump-start your brain. Be a Deviant – a Standard Deviant!
Buy Now

Art Poster, Fractions - 18.75 x 27.5
FREE SHIPPING on this item when you purchase 2 or more Art Posters from ClassicPix.com. This high quality, durable Art Poster measures 18.75" x 27.50" and arrives ready to frame. Posters are printed on heavy-stock, semi-matte paper producing the best possible combination of color vibrancy and durability. All posters from ClassicPix.com are made on demand one-at-a-time, just for you -- not mass-produced. Please allow up to 5-6 days for custom printing of your poster. Though it may take a few extr...
Buy Now 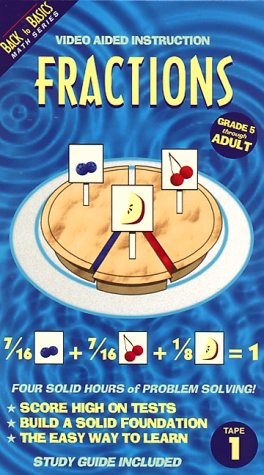 Fractions [VHS]
Now it's easier than ever to earn high test marks in school or relearn forgotten mathematics! Students in grades 5 and up who need an in-depth math review will find that this lively program makes math fun and easy. And it's great for adults who need a quick brush-up in their basic math skills. From computational skills to problem solving, this informative review program includes all the standard topics taught in school, with an accessible approach that helps us all make sense of math. The emphas...
Buy Now

This cutting board is only one of several math themed items at our store: