Today, human lives are threatened daily and continually with natural forces beyond our control. This trend has gotten out of proportion. It is hypocritical to assume the forces waging war against us is primarily man-made. I think it cannot be wished away by mere human strength and policies. That’s where the deception lies. Government and significant officials still believe, through their physical senses, that high technology and their polished polices can mitigate these macro-forces. First and foremost, what are these macro-forces? Hurricane! Yes, hurricane! I’ve always appreciate GOD’S kindness for providing water. Water, according to African Proverb, has no enemy. Accordingly, as humble and serviceable water is, it can bully and evacuate mankind from their territorial space. The manifestation of the hurricane in different parts of the world demonstrates the fact that as water is man’s best friend, it can surely turn its back and become our worst enemy. I’m amazed how water behaves like a typical landlord and when angry, it moves fiercely to evacuate the tenants without providing any rational reason. You can’t actually, take a position of shooting at the spiritual forces in water with AK 47 guns. Throwing your pillows at its rage is meaningless. Even the most giants of nations have to succumb to its terms. The fundamental disadvantage of water is based on the fact that it creates massive destruction on infrastructure and consumes life when its eyes are red like hot iron. As far as it moves with speed, people lose what money can buy and replace. It creates an avalanche of landslides triggered by persistent rain. The greatest fear of water lays buried in the fact that the injured lay trapped in rubbles with possible deaths. Water surrounds our globe and if you recall the narration of earth’s existence in the book of Genesis, the whole earth was filled with water before GOD ALMIGHTY separated and gathered it into one place.

Is there really a way out to treat the mental torture water trails behind after its wild wreckage?

Mankind is likewise at the complete mercy of mud flows or landslides which is activated after a dangerous flash flooding. Mud flows are just like monster and are possible especially in mountain regions and villages prone to erosion. Personally, I don’t think mud flows are better than hurricane. It equally strikes with no warning and travels at high speed uprooting cars, trees and houses. The trickling of flowing floods is attributed to land mismanagement. From my perspective, mud flows cannot be associated with changes in local landscape. These macro-forces are ignited by spiritual powers far above our mental capacity and intelligence. Can we really find the fault and combat it physically? 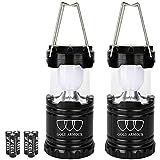 Our thoughts are powerful

Another macro force considered a bully against homo-sapiens is our thoughts. Yes, just as you are what you eat so also you’re what you think. Thoughts are powerful and from my perspective, they can destroy a battalion of armies. It plays the role of a tart-tongued endless meddling. It obsesses everything in our being and if not tamed, controls and turns us into mummy’s boy. The best mode of service and diagnostic instrument is to explore your thoughts, check its directions and think in alignment with the word of GOD.

All things considered, there is need to understand the dynamics and rupture of these large forces examined. Otherwise, given the current state of affairs, the events of these natural disasters is a tale we tell but can suddenly, produce annihilation of man. We need to stop and think of the spiritual consequences of our actions that so easily besets us. It signifies that man has broken GOD’S spiritual laws.