Macrophotography of spiders allows us to view details about spiders that we would not normally see; and for some people like me, views that we don't necessarily want to see.

Spiders have long fascinated me and repelled me all at the same time. I have had a long love hate relationship with spiders.

I am fascinated by their ability to build webs, and how quickly they are able to wrap up a prey. At the same time, I abhor walking into a web especially in the dark! I find them fascinating to watch as they go about their daily lives as long as it is at a time and place of my choosing. Heaven forbid that a spider should surprise me - I don't like those kind of surprises! And I don't like how far some of them can jump, especially when jumping toward me!

I am told that the spider above is a Peacock Spider, and was provided this video to share concerning their mating behavior. This video shows some fascinating footage of spiders performing an amazing courtship dance. I have never seen anything like this before.

Macrophotography brings the small details into focus. We are able to see their eyes, even the very small ones. We can see the segments in their legs, and their invasive mouth parts.

We are able to see that many spiders are very hairy, while others only have a few spikes of hair on their legs.

Macrophotography opens up the world of spiders to us in a way that is exciting, while at the same time sending chills through someone who has a strong dislike for these eight-legged creatures.

Insects have large compound (faceted) eyes. Spiders, on the other hand, have simple eyes - generally 8 of them.

In the picture below, you are able to see the two main eyes of the spider, and a secondary pair also. The fur on its legs is striped.

The spider in the middle picture is on its web. On the part of the web that the spider has woven a pattern into, notice how many strands of web were used. Macrophotography makes it easy to see that many strands were used, not necessarily one larger strand.

In the grouping of spiders below, look at the different kinds of fur or hair a spider has, and the locations that it occurs on. Even some spiders that have a furry down on them, can have some of the longer coarser hair coming through those areas, especially on the legs.

Look at the different sizes and locations of eyes.

This video, made by National Geographic, shows a spider stalking a bee. It contains some awesome macrophotography that is so detailed you are able to see the venom coming from the bees stinger. It's also interesting to see that when the spider jumps from one flower to another, it is doing so while casting out a web-line at the same time.

The vinegaroon is large whip-scorpion that lives in Mexico and the southern United States. It received its name from the fact that it emits a vinegary mist when startled.

The vinegaroon is an arachnid and is related to spiders.

The view of the vinegaroon below, shows the tail in all of its segmented and hairy glory. The segments of the body are also clearly displayed. The site that is referenced below, that shows a vinegaroon feeding, does a great job of showing how the body changes when it has eaten and is plump. Comparing this picture, with one of the pictures on the other site is very enlightening.

Through the use of macrophotography, the claws of the vinegaroon are clearly displayed in the image above.

Another interesting batch of spiders below. Be sure to notice the dimpling on the orb weaver. And on the translucent green spider, next to last, you can see all eight of its eyes.

Through the macrophotography of spiders, we are able to crawl into the world of spiders without the fear that many people have toward these eight-legged creatures. For many people, including myself, I am able to view the intricate detail and fascinating features of these creatures in a way that I would not be able to tolerate in real life. I hope you have enjoyed the tangled web that I have woven to bring the world of the spider to you - up close and personal. 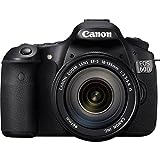 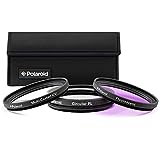