The Story of Marie, a 19th Century Swedish Immigrant to Minnesota in America-Part 6-She Meets a Friend

I have speculated that Marie will take the train to Chicago from Quebec. The following scene is further speculation that she meets a friend and is from my own imagination. Whether such a scene might have taken place is further speculation, however it fill in some gaps in the story of Marie.She probably wrote more letters than have been preserved, so we can only guess at some of the things that happened.

“Iron horses they call them. Hah.” Marie said, with no intention of anyone hearing her.

Startled, Marie turned to face a   young woman who, despite her dark hair, appeared to be another Swede.  “What? How’s that?” she said.

The young woman smiled and said, “You seemed doubtful about the train being called an iron horse.”

Marie blushed. “I...I ...ah,” she stammered. Well, I didn’t know anyone was listening,” she kind of hoped the other girl didn’t notice she was beginning to pout.

The other girl laughed and said, “My name’s Ingrid. Is this the first you’ve seen a train? I bet it is. And you were expecting it to look like a horse. Weren’t you?”

“I’m Marie. You were on the ship with us. I remember seeing you dancing with all the good-looking boys. I’ve seen trains before. There’re nothing special. But why can’t these Americans call things what they are?”

Ingrid brushed back a lock of hair that had fallen across her face when she was laughing. Marie noticed a tiny v-shaped scar above her left eye. It seemed, somehow to give a touch of character to this apparently frivolous girl.

“Let’s get something to eat. I haven’t eaten since we left the ship,” Ingrid said.

Marie wasn’t sure she wanted to spend more time with Ingrid, but she was hungry and in a place full of strangers. A bit of company for a while might be nice. “Nor have I. O.K. where shall we go? Quebec is such a big place. I do not want to get too far from the station.”

“I saw an intriguing Tea Shop just around the corner from here.”

“After a short walk they came to a small building, freshly painted blue with an astrological signs painted neatly in white. A hand-lettered sign above the door offered reading of palms, astrology, and tealeaves.

Marie balked at going in. “Don’t you think this place may be filled with dangerous superstition?”

“It doesn’t look very dangerous,” Ingrid said with a lighthearted laugh. “After all. Weren’t the three wise men that followed the star to see Jesus; weren’t they astrologers?”

Marie, a little bit confused by this argument, and wondering that this frivolous girl was telling her about the Bible, agreed that maybe they were.

“They certainly can’t do a whole lot of business here,” she commented as they entered the shop. Inside the shop, they found only four tables. Each covered with blue silken tablecloths, decorated with stars and astrological signs. Marie felt inexplicably uncomfortable. She involuntarily caught her breath when the sluggishly closing door behind them activated a little chime.

The two young ladies settled themselves into the cane chairs, which seemed to envelope them with high backs and encircling arms. They found the chairs surprisingly comfortable as their own arms rested on the chair arms, while the chair back took the strain off their own backs. Just than a young lady about their own age put cups of hot, dark tea on the table. “It is nice to serve such lovely sisters,” she said with a small smile which came from not only her lips, but also from the dark brown eyes and the light sun-brown skin of her cheeks. The girl was obviously not Scandinavian but she spoke to them in a mixture of Swedish and English and some other language they were not familiar with.

“But we aren’t sisters,” they both said at once.

“Ah! I know that you come from different parents and do not have the same bloodlines. But you are truly sisters of the spirit. It is not by accident that you have met as your life journeys come together. You are connected in spirit, so that what happens to one of you happens, in spirit, to the other.”

Marie and Ingrid looked at each other dubiously.

“You, the girl pointed a finger jeweled finger at Marie. You are disturbed by a dream you’ve had recently.”

Again Marie had a feeling of unease. She tried to look the girl in the eye but her own eye was drawn to a Ruby on her forehead. There seemed to be nothing holding it. Marie felt that she was being drawn into a dark red pool and then it seemed to be as if she were staring at a fire. Despite herself she started to recite the details of her dream to this stranger. She could not remember the girl’s name, if she had ever been told. To her last days, she would remember her as Ruby.

“For one on a journey it is only natural to think to think of home and loved ones,” It seemed to Marie that the voice was almost inside her head. “The garland of flowers, woven by your mother means that your mother is treating you like a Queen with the flowers as a crown. They are also a symbol of success in your new ventures. I think your journey is really a pilgrimage. Marie! What color is the jewel on my forehead?”

“Red of course!”  Marie could not remember having told her name to Ruby. Her eyes were aching from starring into the red colored jewel.

“And Ingrid. What color do you see?”

“You see, Marie. Because of your dream red is your color for now, at least. Red is anger, frustration, impatience. Are these not all feelings you have experienced since you left home?”

“The red also indicates that you have enormous strength and will power to see you trough your pilgrimage. But you dream is also a warning. The red also stands for fire both in the literal sense and in the emotions of love and passion. In the near future you will run into some very tense emotional situations and it will take your strength and will power to get you through. Tell me about the other part of your dream.”

“I was picking mountain cranberries. I don’t know why, because I don’t like them that much.

When they left the little shop Marie said, “Do you think all that she said about me is true?”

“But I didn’t hear her say anything to you,” Ingrid was only aware that Ruby had told her that her name meant daughter of a hero in mythology, but that she herself was to play the role of hero. 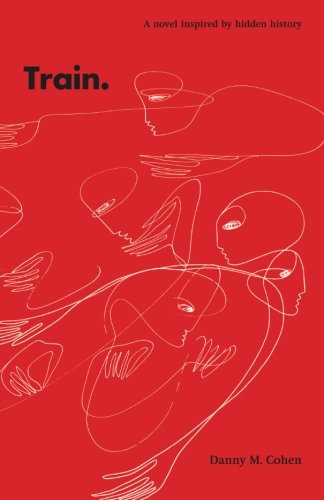 Link to next hub part 7