Murder of a frontiersman: Colonel George Davenport who founded Davenport, Iowa killed at his home on Arsenal Island

Colonel Davenport for whom the City of Davenport, Iowa was named was born in Lincolnshire, England in 1783. At seventeen he became a sailor on a merchant ship and for three years visited several places.

If you have the opportunity to visit Rock Island, Illinois you may find it worthwhile to visit Arsenal Island Where the Colonel Davenport house is preserved. The house is a circa 1833 structure and considered a mansion in it’s time. It is on the North side of Arsenal Island in Rock Island, Illinois. It is kept up by the Colonel davenport Historical Foundation. Hours of tours and other information is posted on their website.

In 1803 due to an embargo on English vessels Davenport and his fellow sailors were taken prisoner in Russia and released to go home the following spring. He then sailed for New York in the summer 1804. Just before sailing out again, one of the crew was knocked overboard. Davenport jumped into a boat and saved him. In the process he badly fractured his leg.  No doctor being available he was sent to a hospital where he stayed for two months.

Davenport later enlisted in the Army and.in 1806 his regiment went to New Orleans. He while delivering  dispatches to Fort Adams his canoe overturned. He made it to shore and went cross-country to the Mississippi. He went over swamps, bayous and sloughs and lived off of berries and other wild fruit and reached the fort after several days. He served in the Army for ten years and  was discharged in 1815.

While  employed by Colonel William Morrison supplying provisions to the troops,  hw was in  charge of several keelboats. They stopped at the mouth of the Des Moines River in the late fall and decided to stop for the winter. In the spring of 1816 they proceeded up the river and arrived at the Rock River and selected the lower end of Rock Island as the most suitable location.

Davenport made his home there for the rest of his life. He originally built a log cabin and later erected a two-story frame house. Although the local Indians were not fond of Americans  but they liked Davenport and gave him the name Sag-a-nosh which meant “an Englishman.” The second year there he used his saving to buy goods and started trading with the Indians.

He was successful as an Indian trader because he kept their good will and confidence. He did have some trouble with the Winnebago’s and one time was nearly murdered though.

In 1823 he piloted the steamboat “Virginia” over the rapids with provisions for Prairie Du Chien. Two years later a post office was established on the island and  he became the postmaster. In 1827 he took an opportunity to visit his home in England after being away twenty-three years.

Returning a year later he found settlements were made in the area. Charitably furnished   them with supplies until their first crops were in. When the Indians returned, he persuaded them to move to the west side of the river. All except for Black Hawk and some of the Sacs refused to leave, claiming that they had never sold their land. The Black Hawk War followed and Davenport was appointed quartermaster with the rank of colonel.

Later Davenport was elected one of the first County commissioners and served two or three years. With some others, in the fall of 1837, he purchased a claim of Antoine Le Claire, across the river in Iowa. The town of Davenport was built there and named for the Colonel.

He also  went to Washington with chiefs from the Sac and Fox Nations and aided the government in purchase of a large portion of Iowa. 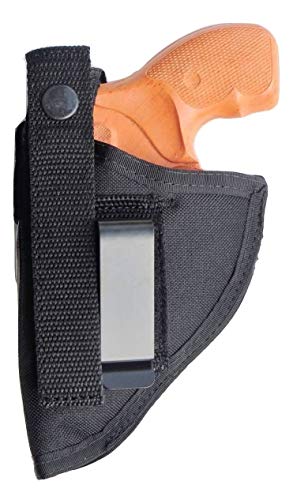 It was the Fourth of July 1845 and most ot the community was at picnics and fireworks. But Colonel Davenport was not feeling well and stayed home.

It was rumored that the Colonel kept a large amount of money—at least 20,000- in his safe at home. As a result some thieves made it across the river to what is now Arsenal Island. They knew that the household would be at the Independence Day celebration in Rock Island, Illinois.

The Colonel walked in on the thieves as they went through the house. They shot him in the leg and tied him up. They were disappointed after forcing the Colonel to open the safe that there was only about four hundred dollars in it. They beat him, stole his watch and chain, a gold piece and his gun from the dresser. They left him for dead.

Three people who planned to spend the day fishing heard his cries for help. One fetched a doctor who revived davenport enough to get a description of the criminals. Unfortunately he died during the night from the injuries.

John Baxter who had been a friend of the family got his death sentence changed to a life sentence. The others were hanged.