In the final film above my husband and I can be seen briefly on the 13:33 minute mark. We dance, kiss, back away and another couple takes over.

Meg Duguid's "Everyone is a Bathing Beauty" was the last installment of Here/Not There, a month-long series of interactive performative art exhibitions during which visitors to the Museum of Contemporary Art Chicago were encouraged to collaboratively create art.

My husband and I came upon a performance art piece being filmed by artist Meg Duguid and her crew. While watching the performers being filmed a person with her film crew approached us and asked if we’d like to be part of the film. We agreed and slipped on black and white costumes that featured retro-style bathing suits over our clothes.

The minimalist costumes were meant to represent characters in Pygmalion-Henry Higgins, Eliza Doolittle and others to act out various scenes from the play. The film by Duguid pulls from George Bernard Shaw's classic play Pygmalion along with influences from Busby Berkeley creating a flamboyant choreographed dance number on the MCA plaza.

We were then offered a few props to wear or hold, such as a floppy sun hat, a bouquet of paper flowers and a paper pipe. We were then directed to dance around, to hold hands, kiss and run off in different directions.

It took just a few minutes and we were on our way to see the rest of the museum. More willing museum patrons were being suited up and coached as we were leaving.

Initially I felt silly dancing around in funny costume, but then it was just fun. We were only a small piece in this very creative firm, but it was exciting to be a part of it.

To view a bit of our acting debut click on Meg Duguid's link then click on portfolio and outtakes. Our outtake was filmed on July 31st and can be seen at 3:01 and 4:48 during the filming that day. 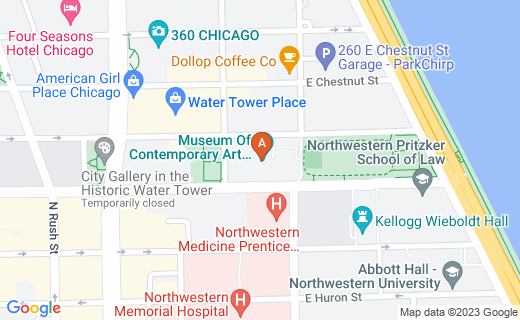