Music In the Schools is NOT Dead

When students participate in choir and band not only are they learning notes on a page and how to harmonize with the singer next to them they learn how to cooperate in groups, wait their turn and have higher cognitive learning skills.

This I have witnessed first hand by watching my kids participate in our local schools' music program. Elmwood-Murdock high school is a small rural Nebraska educational district and the entire high school consists of approximately 125 students.

The band normally has over 65 students in the marching band, which carries over to concert band in the winter. Mrs. Colbert, the director of the choir, had to initiate try outs because choir was so cool everyone wanted to join.

Did you play an instrument in school?

Benefits of Music in Our Schools

Your child may never be the next Beyonce or Katy Perry, but that doesn't mean that music classes in school are a waste of time. Research has shown that exposure to music at a young age helps develop the brain and can even raise a childs IQ.

According to the National Association of Music (NAMM) music stimulates small muscle skills, and is essential in language development and brain development. Young children in elementary school who are involved in musical activities have improved test scores later in life. A study done at the University of Kansas showed a 20 percent increase in math score and a 22 percent improvement in English.

This result crossed all socioeconomic classes and low income groups.

In our local Elmwood-Murdock K-12 district where over 80% of the students participate in music our national and state test scores are not only above average but rank the highest in the state.

Music is a Lifelong Experience 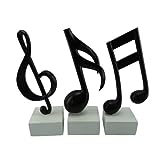 Importance of Music in Our Schools

Your child may never be the next Beyonce, or Katy Perry, and the only singing they might do as an adult is in the shower or at a karaoke bar, but don't ever think that music classes in school are a waste of time.

According to a recent PBS article early music education strengthens listening skills which will benefit them later in their school career as they progress into more serious and formal learning opportunities.

The earlier children are exposed to music and music lessons, such as piano the more of an opportunity for brain growth and an increase in IQ, that's right, music makes the brain work harder and thus helps a person process information more efficiently.

A study by the University of Kansas showed schools with strong elementary music programs had students that tested 22 percent higher in English and 20 percent higher in math. These students crossed all social demographic groups and the study showed improvements in focus and concentration.

Did You Play in the Marching Band?

Aside from the neurological multi-tasking function of marching in step, playing an instrument, and listening to one another marching band has the following benefits.

For my sons marching band gave them an advantage when they joined the Marine Corps. Boot camp was a little bit easier since they already knew how to march.

Hard work is the key to success and this is just one of the lessons learned by incorporating music into a child's life. Nothing in life comes easy, but work can be enjoyable when you're striving towards a goal.

Music students learn to practice for an audition to earn high scores at district music contest. Marching bands spend hours on football fields and getting up early for those early morning marches in the school parking lots. The reward a cheering crowd, a superior ranking, or even a scholarship for college.

These lessons carry on through to adult life. Success in business takes hard work, patience, and perseverance.

There are No Shortcuts on the Road to Success

Guitar Desk Decoration - Love Guitar Decoration for Desktop - Vintage Music Display Themed Gift - Guitarist Gift for All Occasions
People who play an instrument as a hobby are easy to shop for at Christmas and birthdays. If they love the guitar there are guitar gifts, Christmas ornaments and accessories which make shopping easy.
Buy Now

Music surrounds our life, from the Top 40 hits on the radio to the background music playing in stores. Music triggers memories, makes us feel good, and affects our moods. I took piano lessons starting at age eight and continued through high school. Sometimes I hated them, sometimes I loved them, but my Mom didn't let me give up.

I've not glad she made me stick with it. More than thirty years later I play the piano at church during the Advent and Lenten seasons. It has become my therapy, my release and a way I relax.

Music plays an important role in our lives and affects us mentally, spiritually, and socially. Music crosses all demographic and economic barriers and may be the path to a journey you never expected.

Because of the music experiences offered in our small school my son had the opportunity to sing at Carnegie Hall, and two of them marched in the Memorial Day parade in Washington DC.

I am so thankful for all the opportunities music has given my kids and their experiences will last them a lifetime. Hopefully the tradition of music will carry on for many generations.