Audubon Institute's Insectarium - Education and Fun for the Family

If you live in one of the Gulf Coast states and want to take a "single tank" vacation, then you should head for New Orleans to see the Audubon Institute Insectarium, a museum which displays and celebrates our largest family of animals, the Insects. You'll see everything from butterflies to beetles and some creepy crawlies, too.

It's great fun for young and old, alike. And if you combine it with lunch at a nice restaurant and a ride on the renovated St. Charles Streetcar through a beautiful, historic area, you have a relaxing, informative and enjoyable day trip for the whole family.

On this page you'll find information about the Insectarium and pictures of our tour of the unusual Insect "zoo" when it was first opened. You'll also find insect color and activity sheets, posters, postcards, jewelry, t-shirts and other things that you may enjoy.

Both children and adults will be delighted by the many colorful, interesting and informative exhibits. There are many interactive displays and a wonderful 6 minute movie in which the audience feels and smells what's happening on the screen. The kids loved it and so did we (four grown ups who never really grew up).

It's a great summer outing for young and old alike and the Aquarium of the Americas, another great place to visit, is not too far away. Since the museum is open from 10:00 a.m. to 6:00 p.m. from Tuesday through Sunday, we bought tickets for 3:00 p.m., which gave us plenty of time for a leisurely lunch and we made an afternoon of it.

We began our outing with lunch at a famous old restaurant on Napoleon Street, near St. Charles called Pascal Manales. The house specialty, Barbecued Shrimp was delicious, as were the other dishes that we tried.

We left our cars there and walked 2 blocks down to St. Charles Avenue to catch the newly renovated Streetcar. You must ride the street car if you come to New Orleans and St. Charles Avenue is one of the oldest and most historic residential sections in the city. It was built by the early French settlers on the highest ground in the area so most of that area and the French Quarter was untouched by the flooding during Hurricane Katrina.

Around Lee Circle, we passed by Emeril's Delmonico Restaurant & Part of the Museum of Southern Art.

When we reached Canal Street, we disembarked and walked a couple of more blocks to the Audubon Insectarium. The walk along Canal Street brought back memories to the 3 native New Orleaneans. When they were kids, Canal Street was a shopping mecca and they all spent many a Saturday with their Moms (who were dressed to the tee) visiting such stores as D.H. Holmes, Goudchaux and Maison Blanche. It's sad to say that today, most of the stores mentioned are in the "Ain't Dere No More" category.

The first floor (23,000 square feet) of the renovated Carriageway section of the Custom House houses the Audubon Insectarium. The carriageway was originally used by horse-drawn carriages to deliver goods to the building.

The Custom House takes up the whole city block and is one of the oldest federal buildings in the southern United States. The four-story structure is on the National Register of Historic Places and has the highest historic rating a federal building can receive. Many of the original elements, such as vaulted ceilings, staircases and a large skylight date back to from 1848-1881 (construction was suspended during the Civil War), when it was built. The building sits on a foundation of cypress beams. It was modified many times by nine different architects.

The Custom House itself, brought back memories of being inducted into the military for the guys. Through the years, it also welcomed many immigrants into the United States. In the 1800s, some of our Irish forebearers, who were fleeing the "famine" that caused many Irish to be forced off their land, had their first glimpse of the United States within these walls.

Now for the Fun

As you enter the facility the first thing you notice are the giant relief sculptures on the walls. They give you the feeling that you are bug size and that you are in their world. There is so much information as well as both live and preserved specimens, that it's hard to decide where to look first.

Prehistoric insects were the first exhibit and some of the giant bugs like the Giant Roaches, Centipede and Millipede gave you some small clue as to how it was when the earth was young. The Banana Slugs were cool, too, but I wouldn't want them in my garden!

Centipedes do bite, but that's what makes them one of the best predators in the organic garden. They eat the small ground dwelling insects and larvae that damage your vegetables.

On the other hand, the slow moving non-biting millipedes are plant eaters, so are not welcome in my organic garden.

The glass enclosed, underground view of the leaf cutting ant colony was a winner. You could actually see an individual ant's progress through the colony as it carried a piece of red hibiscus flower.

Even the bathrooms had an insect theme. What, you might ask? Dung Beetles, of course. A terrarium with live beetles was encased in a sculpture of a dung ball and stuck on the wall right by the doors. Since the beetle family is one of the largest, there were beetles everywhere and some were quite beautiful.

The biodiversity among the Insect family is the key to the Earth's and the Insects survival. Insects are always working, whether tilling the soil, disposing of carcases or pollinating our fruits and vegetables, without insects, our planet would fall into ruin.

Bringing Nature Home: How You Can Sustain Wildlife with Native Plants, Updated and Expanded
Anyone who is interested in the environment, gardening, sustainability or insects should read this enlightening book.
Buy Now

Al's favorite part was the Underground which really gave you a bug's eye view as you went into a cave like room and wound your way around the tunnels to view various insects and spiders that were magnified to giant proportions (100 times their normal size). It was a lot like a "fun house" with things that may jump out at you at every turn.

Because I was in search of the Butterflies and Moths, we quickly hurried through the city bugs (been there, done that), even though there was a lot of good information on such lovelies as cockroaches, houseflies and termites.

Before we got to the beautiful butterflies, we went through the Louisiana Swamp, which contained a circular aquarium in the middle and also along one side. There was even a plastic bubble that you could put your head in, in order to see what it was like to be a diving beetle.

After a really great 6 minute animated "Awards" movie complete with feel and smell-a-vision, we made our way into the Butterfly area, which displayed colorful butterflies and beetles from all over the world. Jewelry made of amber and real beetles was also on display.

Next on the agenda was going through an air lock into the 80 degree Japanese Garden where live butterflies flitted among beautiful flowers. We were told that the temperature had to be kept above 80 degrees in order for the butterflies to fly. It felt like a summer day in South Louisiana.

Back through another airlock and most of the visitors went on through the really interesting and well-stocked gift shop, but we had to find the Insect cafe.

Tasting Cafe - What's on the Menu?

We Almost Forgot the Tasting Cafe

In our haste, we missed the tasting cafe, where you can taste different dishes made with insects, so we back-tracked to a room behind the Tiny Termite Cafe. We tried delicious cricket fritters with honey, fried mealworms, tasty cricket on a log, cricket dip with chips and a Mexican style cricket soup. Yum!

We had a fine time and saw many very happy and excited children along the way. All in all, I would give the Insectarium a 10. It's a great place for learning and family fun. Well worth the price of the ticket. If you are planning to visit New Orleans, then you must go see the new Audubon Insectarium and the other Audubon Institute facilities, too.

Which was your favorite exhibit?

We Hope You'll Be Bug-eyed About These

We love to photograph nature and animals. We use some of our best shots to create designs for our Zazzle Shops, naturegirl7, lalagniappe and tiger45. Check out some of the insect things that we created.


Save Our Bees Pins

Bees and other insects are important pollinators of our fruits and vegetables, but recently honeybee hives have collapsed. Planting wildflowers and limiting the use of pesticides (especially systemic kinds) will help build populations of pollinators. Without them we may experience food shortages.

Hummingbird Moths, also called clearwing hummingbird moth, may look like small hummingbirds, but they are insects. They are a type of sphinx moths.

Monarch Butterfly numbers are declining, primarily due to habitat loss in their wintering grounds in Mexico. Another cause may be related to genetically engineer corn and other plants.

Things Audubon Nature Institute Feels You Should Know Before You Go

Timed tickets, purchased in advance are required for entry.

Links to Help You Plan Your Outing 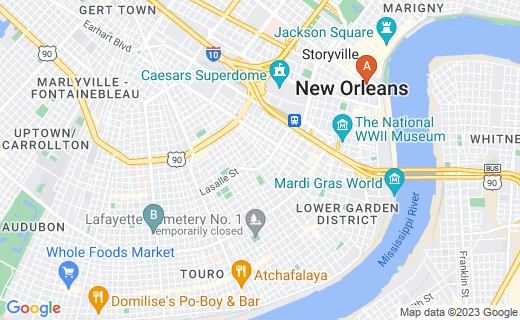 Insect Activites, Poems and Color Sheets for the Larvae

There is a bounty of interactive displays for children and adults alike at the Insectarium and the little ones will be primed to learn more when they get home. I've included some great links to Insect activities, color sheets and children's books that are sure to provide enjoyment while expanding the mind.

Here's a color sheet from the Insectarium.

An Explanation of the Grasshopper

I will explain to you:

He is the Brownies' racehorse,

That let them clamber,

A centipede was happy quite,m

Until a frog in fun

Said, "Pray, which leg comes after which?"

This raised her mind to such a pitch,

She lay distracted in a ditch,

Considering how to run.

Don't Bug Out Without Dropping Us a Line