Norway's Resistance to the Nazi's Occupation

Andrew is well read in history, having studied history at University in England. He has been on writing online for many years.

Occupied to Widen the Front.

Norway was occupied by the Nazi troops of Germany near the start of the Second World War. The occupation was vital to secure the safety of the Nazi's North Sea ports. Having Norway securely under control allowed the German fleets ease of movement into the North Sea and then into the Atlantic. Norway was a strategic target as it had fjords and inlets which allowed the German vessels an element of cover from the surveillance of the British RAF.

Most of the countries of Scandinavia had opted for neutrality(such as Sweden) or had fallen without being able to launch a cohesive counter strike (such as Denmark). Norway was against the expansionism of the Nazi regime, but it was unable to stand up to the might of the German's Blitzkrieg( meaning a lightning-quick war) tactics. Norway fell to the Germans on the 9th of April 1940 and a puppet regime was installed under a pro-Nazi minister called Vidkum Quisling.

Resistance to the German Occupation was High

One of the first tasks of the Norwegian resistance was to help the legitimate and elected government escape the occupation. To do this the resistance fighters had to launch diversions to the west and north of the country to allow the exiles to escape to the relative safety of the United Kingdom. The Norwegian government in exile followed the same style of function as their French counterparts. They like the French were based in the United Kingdom but used their influence and network of operatives to undermine the puppet regimes of their homelands. These brave men and women gathered intelligence for the allies despite the harsh punishments they would have faced.

The resistance from the Norwegians against the superior force of the invading Nazis, allowed a Free Norwegian voice to remain to attack the occupation via radio broadcasts and other means of propaganda. 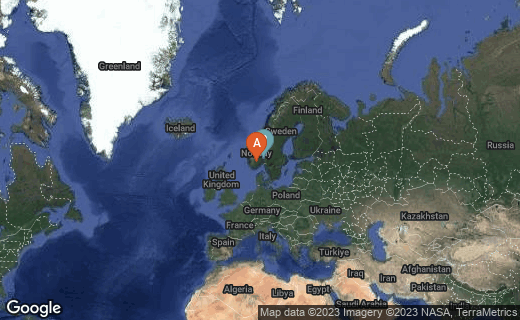 Site of the Commando raid

The Norwegian resistance was effectively left alone to fight the Nazi occupation. The only real resistance to the unchecked Nazi aggression was Great Britain. In 1940 Great Britain was stretched to its limits fighting in the skies of the UK and trying to feed its homeland and protect its colonial possessions. The resistance could not attack the Germans head to head, instead, it had to fight the Nazi occupation from the shadows. The resistance was quite successful in assassinations of prominent collaborating officials but did not specifically target the German occupying force as much for fear of harsh reprisals.

One such reprisal happened in the Norwegian fishing town of Telaveg in 1942. A family hid two members of the resistance, but the Gestapo had followed the two freedom fighters to the house. One of the resistance members was the prominent leader Arne Vaeren . When the Gestapo went in, shots were fired and Vaeren died along with two Gestapo officers. The Reichskommisar Terboven decided to set an example to the native population. He had every building burnt to the ground, all the locals' boats were sunk or confiscated and all the livestock was taken away. All but 72 of the male population were executed. These 72 men were sent to a concentration camp. Of the 72 sent to the camps, 31 died whilst incarcerated at Sachenhausen, then the remainder perished elsewhere. The women and children where imprisoned for varying lengths of time. The Reichskommisar had 18 Norwegians who were in prison at the time executed as well for good measure, even though they had no part in that particular incident.

Between 1940-1944 the allies were very concerned about the Nazi's intentions with the hydroelectric plant at Telemark. The facility was able to produce Heavy water( Deuterium Oxide ) this was a key part of the Nazi atomic weapons project. The French intelligence service in the late 1930s knew of the Germans designs on Norway's production facilities.

The Allies devoted a lot of manpower and resources to ensure that the Nazi could not enrich enough to commence their programme. The allies tended to launch bombing raids at the factories. In 1942 British and Norwegian forces attempted an attack on the Telemark complex. The assault was a disaster with planes crashing and the combat groups failing to rendezvous at set co-ordinates. Owing to bad luck the British paratroopers were captured, interrogated and then executed by the Gestapo.

How effective was the Norwegian resistance?

In 1943 a group of Norwegian resistance fighters trained by the allies succeeded in finally destroying the production facilities. The resistance was also able to sink the ferry which had all the heavy water the Germans had been able to produce at the facility. The Germans wished to take the Heavy water back into the Reich but instead, the resistance put the Heavy water and the ferry SF Hydro to the bottom of Lake Tinnsjo. The Norwegian resistance was also instrumental in the locating of the German Battleship the Bismark in Norwegian territorial waters for the British Royal Navy.

The Jews of Norway

Norway had a very small Jewish population at the start of the war and it could be argued that they were not seen by the Norwegians as been totally included in the national way of life. The suffering of the small Jewish population is only just been brought into the light after years of historical neglect. For the first couple of years, the victimisation of the Jewish people in Norway was generally ignored. It was only when the puppet regime implemented the Nazi policy of transportation of the Jews to the east that senior members of Norwegian society took note. The Norwegian church became very outspoken in the Quisling regimes treatment of the Jews.

The pressure from the church galvanised the opinion of the general public. The Norwegian men who had joined the German military would have returned from the conflict in Poland and would have seen how the Jews were treated in the Warsaw Ghetto. Norway could not protest as much as other countries as it was occupied by the Nazi's and had a fascist ruler in place. From 1942 the Norwegian resistance was more active in trying to save Jews from execution and deportation. It is estimated of the near 2,000 Jews in Norway that by the end of the war nearly 800 had died under the Nazi's cruel occupation.

For a resistance network that numbered about 10,000 active members they did all they could to help Norway free itself from Nazi occupation, Norwegian resistance fighters received some support from neutral Sweden their secret camps trained 7,000 fighters. The resistance could only disrupt the occupying force it could not kill every German they could find as the consequences would have been severe. All the Norwegian resistance could realistically do is maintain the spirit of the Norwegian people. The fact that they disrupted the Nazi's plans that much and scored critical strikes on the German plans speaks very highly of the Norwegian people's achievements.