As many of us have learned in history classes, Quanah Parker lived from 1845 (or 1850) to 1911 and was the Chief of the Quahada Comanche Nation after having lived with other Commanche bands in Oklahoma. Born to War Chief Peta Nocona and the captive Cynthia Ann Parker, he lived with his people in the Wichita Mountains.

After several conflicts with whites and refusal to adhere to treaties and to move onto a reservation, Quanah was finally caught in a situation where he had no other choice. However, he moved so smoothly onto the reservation and adjusted so quickly, that federal agents used him as a go-between to smooth relations of the Natives and the whites in the 1870s. The agents actually named him Chief of the Comanche Nation on the reservation, which was against tribal laws.

During the last portion of the 19th Century, this Native American leader was instrumental in beginning the Native American Church and advocated its use of peyote, a hallucinogen, in the church's observances. At the same time, he was polygamous, marrying 7 different wives and having at least 25 children, whose descendants are widespread in Oklahoma and Texas today.

One daughter and one son of Quanah would find themselves among the stars of a silent film made by the Comanche and Kiowa Nations in 1920.

In September of 1894, Thomas Edison chose a day in which he made several short films of Sioux Nation members that were working with Buffalo Bill's Wild West Show. He also shot footage of Annie Oakley and a circus parade in which the show drove into town. All these films are preserved at the Library of Congress and two samples of Native American dances filmed by Edison are offered below.

The Comanche-Kiowa Daughter Of Dawn is a startling addition to the body of silent films shot of our Native Americans, especially in that it is a full length film. You can view the entire film at the links at the end of this Hub.

Most silent films were destroyed in some manner and archivists estimate that the world has lost 80% of all silent films made in the 19th and 20th Centuries. Many historically valuable films were melted down to make heels for shoes and other products - especially the films of the genius Georges Méliès, to whom Martin Scorcese paid tribute in Hugo. Preserving Edison's films and The Daughter Of Dawn is a miracle.

Additional silent films about Native Americans, in preservation, are: 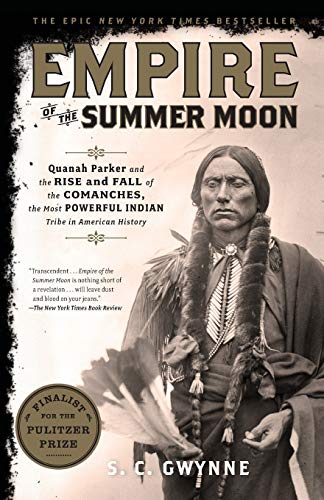 Empire of the Summer Moon: Quanah Parker and the Rise and Fall of the Comanches, the Most Powerful Indian Tribe in American History
Buy Now

A private investigator helped to round up an old silent movie made with an all-Native American cast back in 1920. An interesting film, its 6 reels were screened only once, at the College Theater in Los Angeles. Then it went into storage.

The investigator found the film in 2005 and experts at the Oklahoma Historical Society restored it to a screenable version. It was finally re-released for screening in June 2012. Previously, one female star's son, Sammy White, was given the opportunity to see his mom on screen in 2007. He was 82 years old at the time and his mom died just after WWII.

A love story unfolds and the male and female leads are portrayed by White and Wanada Parker, children of the Comanche leader Quanah Parker. A Kiowa woman in the film, Em-koy-e-tie, is the mother of Sammy White.

Unrelated to all this , a curator at the Oklahoma History Center found a historic teepee, one also used in the film, rolled up on a shelf in the museum. It's new future was to become an exhibit in the facility.

A digitized version of the film will play at US festivals and foreign events. It will be avaiable for purchase as a DVD. Additionally, it will play on exhibit at the Oklahoma History Center and the new Oklahoma Museum of Popular Culture in Tulsa

The Kiowa and Comanche Nations

The Kiowa and Comanche that made the 1920 film The Daughter of Dawn used all of their own clothing, materials, horses, teepees, and other gear. Actions were authentic and riding skills were otherworldly as men road their horses into close contact with American Bison herds. It was nothing for them to be unseated, fall to the ground, and remount at a run. Some of the older actors were alive during the Civil War and had history to share with the film crew. It was an incredible production.

The Kiowa Nation has been traced to Colorado and Montana, from which they migrated southward to Oklahoma. Their reservation is headquartered in Carnegie OK.

The Comanche Nation once controlled the entire Comancheria, consisting of eastern New Mexico, southern Colorado, northeastern Arizona, southern Kansas, the State of Oklahoma, and most of northwest Texas. today, many reside on a reservation in Lawton OK where they hold a national fair at the end of September each year.

On Location In the Wichita Mountains 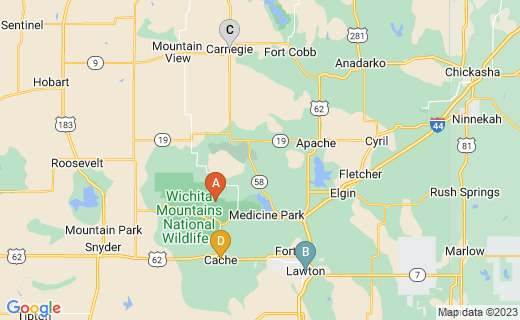 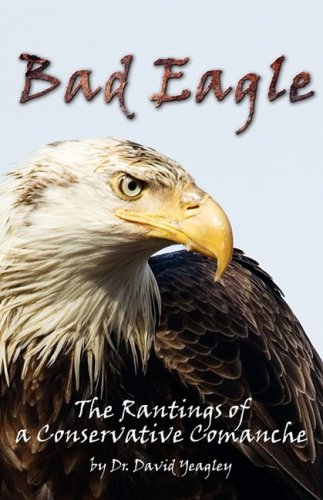 The largest film festival in Oklahoma City (the center of Oklahoma) was pleased to be one of the first to screen The Daughter of Dawn to visitors. The festival occurs in early June each year.

The National Film Preservation Foundation provided funding for restoring the film and a new score was written by the Comanche David A. Yeagley, the great great grandson of Bad Eagle, for the Oklahoma University Orchestra.