Thomas Boleyn Dies a Lonely Man After His Children Are Executed

On March 12, 1539, Thomas Boleyn died and was later buried in St. Peter’s church in Hever, Kent. Thomas Boleyn was not a popular man at the time of his death, three years after the execution of his son and daughter, George and Anne. However, he was once a man of political power and a close ally to the King of England, Henry VIII. 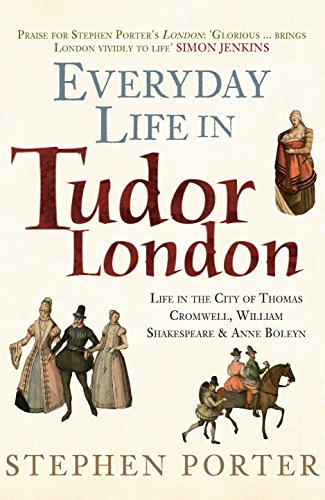 Thomas was the grandson of Geoffrey Boleyn and was raised as a Catholic. Historians believe that he was a believed firmly in the Catholic religion and did not necessarily want the reformation to happen. The only benefit of the reformation was that Henry VIII was able to divorce Catherine of Aragon and marry Anne Boleyn. This meant that Thomas gained more power; something that he wanted the whole time.

He married by 1499 – although the date is not confirmed – to Elizabeth Howard. Incidentally, Elizabeth was the aunt to Kathryn Howard; Henry VIII’s fifth wife and the second to be beheaded. While they had five children that are registered, only three survived into adulthood. Their sons, Thomas and Henry, both died by 1520.

Thomas Boleyn was a member of Henry VII’s court, as well as Henry VIII’s. He was given the important task of escorting the young Margaret Tudor to Scotland, where she would marry James IV. When Henry VIII came to power, he was given the title the Knight of Bath.

Being the Knight of Bath was not enough for the power-hungry man. He met the Archduchess Margaret of Austria and they became friends. The two spoke Latin and French, which gave them enough in common. Their friendship meant that Anne Boleyn was made Maid of Honour to the regent when she married in the Netherlands.

He gained more power because of the links he had within his extended family. These included High Sheriff of Kent, Ambassador to France and part of the envoy in the meeting between England, Pope Clement VII and Charles V when Henry VIII first sought his divorce from Catherine of Aragon.

This power was still not enough. With Thomas Howard, his brother-in-law, Thomas worked on getting his daughters into good favour with Henry VIII. Mary Boleyn was the first and she became the King’s mistress around 1525 but she failed to keep his attention for too long. Thomas then used his second daughter, Anne, as a way in. Anne refused to become Henry VIII’s mistress and stated that she wanted to be Queen. This worked in Thomas Boleyn’s favour.

Thomas gained the title of Viscount Rochford, the same title later bestowed to George Boleyn, shortly after Henry VIII laid eyes on Anne and then the Earl of Wiltshire and Earl of Ormond after that. In 1530, he became the Lord Privy Seal. He lost this title after the execution of his two children and left in disgrace.

Books About the Boleyns

The Other Boleyn Girl
Buy Now

Thomas Boleyn Coerces the Clergy into the Reformation

Thomas wanted his daughter to become the Queen so much that he helped the religious reformation happen. He was one of the main players in coercing the members of the clergy to accept the reformation and name Henry VIII the Head of the Church. While he was a devout Catholic, it showed that he would do anything to gain the power that he craved for. The problem with power and reaching the top is that it left him a very far place to fall.

Much of fiction has shown Thomas as an uncaring father and constantly striving for political power. He used his daughters as pawns to reach his goals; much like his brother-in-law, Thomas Howard. However, his power was also his downfall.

During this time, Thomas also cut ties with Mary Boleyn. Mary became a widow in 1528 and chose to remarry some years later. Instead of marrying for power, Mary married for love and chose a young soldier, William Stafford, in 1534. Anne was furious with her sister since a commoner was not the right type of person the sister of the Queen of England. She was banished from court right away and never had contact with her family again; at least, as far as it is recorded.

When his children were arrested in May 1536, Thomas would have usually been on the jury. Henry VIII took pity on the man and excused him of having to convict George and Anne. Henry was often a vindictive man and it would have made sense for him to punish Anne and George by having their father’s words condemn them but he was also a father and may have thought on that point of view. However, that is just speculation and there is no way of knowing why Henry VIII took pity on Thomas Boleyn.

After the execution of his children on May 17 and 19 1536, Thomas had to renounce his title of Lord Privy Seal and went to live in retirement. Very little is known about his after this except that his wife died April 3, 1538, leaving him to live 11 months alone. It is unknown whether he saw his older daughter, Mary, or his grandchildren again but that is unlikely.