Thomas Seymour Arrested After Planning to Kill the King

On January 16, 1549, Thomas Seymour was arrested. Seymour was the younger uncle of Edward VI and the last husband of Catherine Parr, until she died in 1548 from childbed fever. He had made an attempted to marry Elizabeth I on two occasions – the first before marrying Catherine Parr and the second shortly before his arrest. David Starkey describes Seymour as being tall and well-built. He was irresistible to women due to his auburn hair and beard.

The Early Life of Thomas Seymour

Thomas Seymour grew up in Wulfhall. He was one of Jane Seymour’s brothers, Henry VIII’s third wife. Jane Seymour was meek and the complete opposite of Anne Boleyn and it was her brothers who pushed for the relationship with the King of England. They saw an opportunity during Anne Boleyn’s reign since she had failed to provide him with a male heir.

He was originally close to his brother but they grew apart as Edward, his older brother, started to benefit more from Jane’s marriage to Henry VIII. Edward was named Lord Protector of their nephew, Edward, and gained more titles. Historians believe that while Seymour was named Lord High Admiral, he was jealous of his brother’s fortune.

In 1547 Thomas Seymour married Catherine Parr. It is unclear whether this was because he loved her – Catherine did want to marry him before her marriage to Henry VIII – or whether it was a scheme to gain more power and get closer to Elizabeth, who Catherine was her guardian. Seymour inherited the guardianship of Elizabeth but started to make improper advances on the young girl. At this time, Elizabeth would have only been 14-15 years old while Seymour would have been 40!

Thomas Seymour was seen on more than one occasion sneaking into Elizabeth’s chambers just before she went to bed or before she rose, when she would have been half dressed. Elizabeth’s governess, Kat Ashley, asked Seymour to stop but he refused. To help save the young princess’ reputation, Catherine sent Elizabeth away. This helped to stop the advances of Seymour until Catherine’s death in 1548. 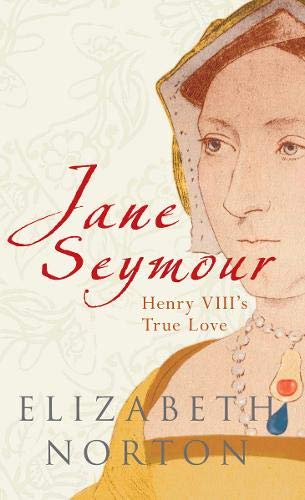 After Catherine’s death, Thomas Seymour made more advances towards Elizabeth. He even asked for her hand in marriage. Elizabeth was smart and found a way around the proposal. She made it clear that she would only accept if the Council agreed to it, knowing that the Council would say no. Of course, the Council did refuse and Seymour’s plan for more power was stopped once again.

During this time, Seymour turned to bribery. The first was a close servant of Edward VI, John Fowler, who informed Seymour that the young King regularly complained about not receiving much pocket money. Seymour saw this as another way into gaining more power. He smuggled money to his nephew and regularly shared his disapproval of Edward Seymour’s lack of administrative skills. Thomas Seymour also started to encourage piracy within the navy after capturing Thomas Walton. Walton made an agreement with Seymour to share everything that he had seized during his time at the water.

Seymour also turned to bribing Sir William Sharington, Bristol Mint’s vice-treasurer. Sharington had been fiddling the accounts to keep the profit when debasing coins in Bristol and this was how Seymour could blackmail him. This did not last long as the Privy Council learned of the plans and investigated the Bristol Mint; Sharington confessed to everything.

In an attempt to save his brother, Edward Seymour arranged a meeting with the Council for his brother to explain everything. Seymour failed to attend and instead started to develop a plan for the kidnapping of his nephew. Seymour broke into Hampton Court Palace on January 16, 1549 but awoke a pet spaniel of the King of England. While in an attempt to bite Seymour, Thomas killed the dog with his sword but the guards had already been alerted.

Thomas Seymour was arrested that night and sent straight to the Tower of London. Many people were questioned about Seymour’s plans two days later, including Elizabeth. No others were reported to have been arrested with Seymour. It was not until February 22 that Seymour was accused of treason on 33 accounts but his brother did not want to sign the death warrant. The Council went to Edward VI instead, who signed the warrant and Seymour was sentenced to beheading on March 20, 1549.