Legends Behind the Expression "Bless You" When Someone Sneezes

It is very common to say "Bless you" when someone sneezes around you, but does anyone really know why do you do this? Are you scaring the devils away from the sneezer? Do you consider the act of sneezing so painful that you pray for well being of the sneezer? Some question, however simple they might sound, do not have a concrete answer. Similarly there is no 100% authentic reason behind this expression. Don't be surprised when I tell you that we have been using this expression since at least 77 AD. Nobody really knows why, however a number of possible explanations do exist.

1. At one time people believed that an explosive sneeze could thrust your soul out of your body. By saying "Bless you", you would protect or shield the temporarily vulnerable soul from Satan. It was more of a charm which would shield the soul just long enough for it to regain the full fledged protection of body.

2. A similar in concept but opposite to the above explanation was the belief that a person sneezes when Satan or evil spirits leave your body. Again, "Bless you" was a protective charm but in this case, it was uttered to ward off the re-entry of the evil spirit in one's body.

3. Many people believed that sneezing opened your body to invasion by the Devil or evil spirits, or that sneezing was your body's effort to force out an invading evil spirit. Thus, "bless you" or "God bless you" is used as a sort of shield against evil.

1. Another explanation holds that the custom originally began as an actual blessing. Gregory I became Pope in 590. It was the same time when a horrendous plague threat was reaching Rome. In hopes of fighting off the disease, he ordered unending prayer and parades of chanters through the streets. At the time, sneezing was thought to be an early symptom of the plague. The blessing ("God bless you!") became a common effort to halt the disease.

2. Some people also believed that the heart stops when you sneeze, and the phrase "bless you" is a charm/blessing/prayer which is meant to ensure the return of life or to encourage your heart to continue beating.

3. A similar version says that your soul can be thrown out from your body when you sneeze, hence, a prayer or blessing in the form of "Bless You".

1. Contrary to the above, some people thought that sneezes were themselves lucky (many people still believe this) or foretold the good fortune that was on way to the sneezer. "Bless You" was a recognition of this incoming good luck and probably even an attempt to attract a bit towards himself.

Response to a misunderstood act or event

1. It is also possible that the phrase began simply as a response for an act of event (sneezing) that wasn't well understood at the time the phrase was first used. 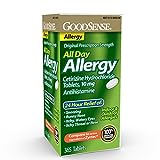