Seaplanes owe their very existence to the pioneer days of Aviation. As America and Britain prospered and flight became more and more reliable, early prizes were offered for the first trans-Atlantic flight. The first initial tests were promising, but soon, before the prize could be won, the progress was interrupted by the First World War. The War saw the development of many more Seaplanes, even though the trans-Atlantic flight prize would eventually go to another contender.

However, this did not stop the development of the seaplanes. Both military and civilian applications for seaplanes were many, and thus designers had huge incentive to design the craft. Though, this was still dependent upon economics, and the Navy had far fewer orders for the PBY Aircraft during the War, which forced the Navy to open its own factory to produce the planes.

Still, the Catalina and other seaplanes were very valuable to the war effort, justifying these extra measures. However, before we can explore the cat and other similar designs, we must understand Seaplanes first. Seaplanes are divided into two distinct categories, if we are using American definitions. The first category consists of floatplanes, which are fitted with special pontoon apparatus, which would allow them to land on the water directly. The second category is made up of flying boats, wherein the fuselage is large and bouyant allowing it to land directly on the water, as if it were a boat itself.

They operated as scout aircraft, naval bombers (with specific effectiveness against submarines), and conducted search and rescue operations. Every nation in the war that had a coast operated Seaplanes, and they filled many of the essential functions of the war. Everything from material and personnel transport, to essential reconnaissance missions that spotted enemy Battleships (the Bismark was spotted by a Catalina). They were a welcome sight to downed airmen, and could bring ready relief and supplies to isolated groups in the Pacific.

If you had to choose a gun bubble, which would you rather be?

The Catalina was designed for a wide variety of missions. It was common to find it in anti-submarine operations, but it also did search and rescue, night time patrol, and long range fleet recon. As such, the craft were more or less defensive in nature, and their equipment and armament largely reflects that.

As to arms, the planes had two .50 cal machineguns, one per bubble on the side of either plane. The nose gunner's bubble carried two linked .30 cal machine guns, while a single .30 cal gun was used for the tail gunner. Then, based upon the Cat's specific mission, it could be loaded with 2000 lbs of bombs, depth charges, and could even carry torpedo racks for submarines.

The plane could acheive 200 miles per hour, though often spent most of its time around 125. With a range of 2520 miles, it could operate for twenty hours before having to stop to refuel. To put in perspective, the distance between San Fransisco to Tokyo was only 5100 miles, so a single Catalina could effectively cover that distance if it had a refueling point between there, lets say, at Midway or Pearl Harbor.

As you can see, the Cat was well suited for non-traditional support operations in addition to combat operations. It could provide a remote recon asset, or support to transport men and material across the Pacific. 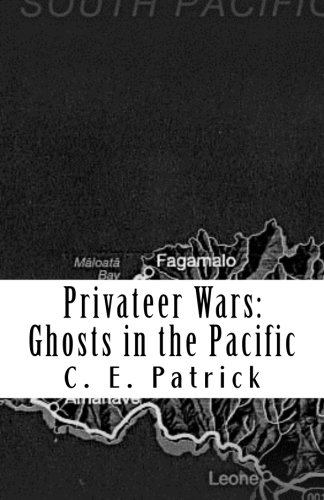 There is something significant about the Catalina. I'm entirely sure I can't put my finger on exactly what it is, though I do know it exists. The Cat played a vital role in World War II, and was in use all the way up until 1980 in the Military. Refitted Cats are still used today as 'water bombers', where they take sea water and drop it on forest fires in an effort to help battle the blaze.

Beyond this, they appear pretty extensively in popular culture. Everything from video games to influencing animated cartoons (I remember watching a Disney program when I was a child, called Tailspin, a flying boat similar to the Cat played a huge role). This even applies to my own fiction. To the right you will see a link to Privateer Wars, a series I write and publish myself. In it, modified Catalinas play a huge role in a Pacific War between Japan and the USA that never ends.

Whatever the reason for this, the Cat is apart of our culture. There are memorial societies dedicated to the Cat and its pilots, they are flown at airshows, and model makers the world around spend countless hours perfecting the paint scheme on their miniature PBYs. It has even affected you. Afterall, you are here, reading this now, aren't you?

Well, thanks for that! I hope I gave you some good information. Feel free to write questions below.