Franklin D. Roosevelt's speech addressed to the American Nation formally started the war between the United States of America and the Empire of Japan. Just less than 24 hours ago, the first wave of Japanese fighter planes, bombers, and dive bombers began their assault on America's fleet stationed at Pearl Harbor.

The second wave of 171 Japanese aircrafts comprising of more bombers and fighter planes ensured that any chance of American retaliation would remain as little as possible. The second attack would also assure the complete destruction of the US Pacific fleet and will instill fear and panic to every American all over the world. For the Japanese, the attack on Pearl Harbor would strike the fighting spirit of Americans down to its very core, and will cause the nation to pressure the US government to stop its plans on entering the war.

Due to the element of surprise held by the Japanese, the entire Pacific fleet was caught off guard; and in just ninety minutes after the attack began, the assault was over. 353 Japanese planes attacked Pearl Harbor which resulted in the death of 2,403 Americans, 1,178 were wounded, and 18 ships were either destroyed or grounded.

Out of the 18 ships, eight of those were US battleships namely the USS California, USS Maryland, USS Oklahoma, USS Tennessee, USS West Virginia, USS Arizona, USS Nevada, and USS Pennsylvania. Almost half of the deaths that occurred on Pearl came from the crew of the USS Arizona wherein 1,177 crewmen where killed when the battleship capsized.

Despite the heavy losses that the Americans sustained during the attack, this move by the Japanese was still considered as a huge strategic failure by many war analysts. The Pacific assault marked the beginning of the end for Japan's conquest of Asia and will go down in history as their greatest blunder in World War II. Despite Japan's highly successful attack, they failed to do some key things that would have helped them clinch total victory over the Pacific.

"Nothing short of a divine intervention..."

At the time, the United States Navy had seven fleet carriers. None of them however, were stationed on the Island during the attack.

The USS Enterprise left the Island on November 28 to deliver units of the VMF-211, or also known as the Marine Fighting Squadrons, to Wake Island. The carrier was supposed to return to Pearl Harbor at December 6; but a storm delayed her. Thus the Enterprise only managed to arrive at the Island the next day, hours after the attack has ended.

The USS Lexington departed Pearl Harbor on December 5, two days before the Japanese launched their assault. The fleet carrier together with Task Force 12 ferried VSMB-231 Dive Bombers to Midway Island. The USS Saratoga on the other hand was in San Diego to embark her air squadrons.

The four other US carriers namely the USS Ranger, USS Hornet, USS Yorktown, and USS Wasp were all stationed to the Atlantic Fleet and were either undergoing testings, training, or missions of their own during the time of the attack.

According to war historians, it was simply pure luck that nothing out of the three aircraft carriers stationed to the Pacific Fleet were at Pearl Harbor during the time of the attack. A storm delayed the return of both the Enterprise and the Lexington, while a mission to San Diego ensured the safety of the Saratoga.

If even one of the three were destroyed during the attack, it would be a huge advantage for the Japanese and will surely have a large effect on the outcome of the Pacific War.

In spite of the great deal of destruction and death that was left on Pearl Harbor after the Japanese attack, the Japanese fleet failed to destroy key military facilities which ultimately caused the fast recovery of the US Pacific Fleet enabling them to take part in the war after just a few months.

Fuel Stations
The storage tanks located on Pearl Harbor contained an estimated amount of 140 million gallons of fuel oil. If only the Japanese bombers focused on bombing the fuel stations that were scattered throughout the island after they destroyed the US battleships, they would have indefinitely crippled the entire Pacific Fleet. With no oil as a fundamental source of power, the entire island would have been on total gridlock.

Naval Shipyards and Repair Stations
Despite causing the destruction of American sea vessels, the Japanese failed to destroy the naval shipyards and repair stations on the island. This enabled the US to commence repair operations the moment they were able to conclude that a Japanese invasion on Hawaii was not likely to happen.

In just three months after the attack, most of the smaller ships were already seaworthy and returned to service. Three US battleships, the Pennsylvania, Maryland, and Tennessee were deemed seaworthy and were sent to the mainland for their final repairs.

Several months after the Japanese assault, most ships were already in duty. The few that were considered unrepairable were either salvaged for their parts or left at sea. The USS Arizona was never recovered; but she became a memorial to all her sailors who were trapped within her when she capsized. She will forever serve as the final resting place for her 1,102 men who died during the surprise attack.

"I fear all we have done is to awaken a sleeping giant and fill him with a terrible resolve..."

Those were said to be the words of the Japanese Admiral Isoroku Yamamoto after the Japanese Empire's successful attack on Pearl Harbor.

America's potential to be the strongest country in the world during that time was clear to every nation participating in the war. She outnumbered everyone in sheer population, resources, and technological potential. However, majority of the American public were disinterested from entering the war; and sending supplies to the Brits who were fighting the Germans during the time was already a good enough contribution according to them.

Japan's surprise attack caused the neutral American public to have one common goal; and that is to defeat the Empire of Japan. The moment the US entered the war, American men ranging from all ages enlisted to army camps all over the country. The US also dove into her enormous amount of technological potential and started to develop the war machines that will prove vital for the upcoming war.

Army camps bustled with activity as newly enlisted men started their formal training. Meanwhile, the factories started to develop guns and ammunition for the US soldiers that would soon invade Europe and the islands on the Pacific. This marked the beginning of the end for the Japanese conquest of South East Asia.

Japan's assault on Pearl Harbor would always be a tactical success yet a strategical failure. This unprecedented attack on the US Pacific Fleet would mark the beginning of the end for Japan's goal of conquering the whole South East Asia. This would also be reason for the destruction that would be caused by the two atomic bombs dropped on Hiroshima and Nagasaki on the final days of the war.

More than half a century after the incident that happened on the tiny island of Hawaii, the Japanese is now an established super power, and one of the strongest allies of the United States. However no one will forget the thousands of lives lost during that fateful Sunday morning. When America's seemingly invincible Pacific Fleet succumbed to the might of the Japanese Empire; and when the Japanese made their greatest blunder of World War II... 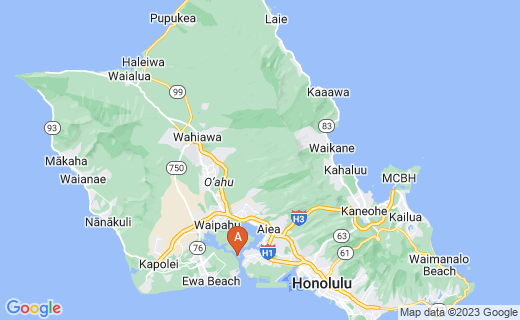 Do you agree that the Japanese attack on Pearl Harbor was a strategic mistake?