Penalties as a way to replenish a state budget in Ukraine

The most interesting facts about fines and penalties in Ukraine.

Each country makes their own rules regarding payment of penalties. Some of them are ridiculous, others are stupid and out-of-dated because they have been implemented many years ago. But some fines are so “popular” among state authorities because they help to fill up the state budget.

I am not sure about other countries, but here, in Ukraine, numerous fines and penalties are actively used to mend the gaps in the budget of a country. It is a convenient instrument to have an extra income. You must pay these penalties to the state. Sometimes we agree, sometimes we try to fight and say: “This penalty has nothing to do with me”, but in most cases we pay them.

Bear in mind our prices:

The heaviest penalties are defined by customs legislation. Our custom is a valuable source of replenishing the state budget. Remember – no jokes with custom officers!

Violation of the order of storage of goods in a custom warehouse, breaching of re-importation or exportation of goods, breaching of transit, an attempt to pass through the border bypassing the customs control - each of these offenses are punished by penalty in the amount of 1111.00 USD.

Compared to this can be a penalty for violation of rules of stocks circulation. National Commission of Stock circulation will charge 1049USD for breaching their rules.

- Pollution of forests -5,4 USD. (Not surprisingly, our forests often look like a place for garbage storage!)

A contamination of agricultural land in Ukraine costs cheap – in average 80USD. 10 USD you will have to pay for breaching of rules for water resource protection.

Cruelty to animals is punishable in an average amount of 25USD. An improper maintenance of wild animals in captivity will cost you only 9.5 USD.

The amount of penalty for violation of the rules and standards of nuclear and radiation safety is surprised. Just 31 USD (!!!) and entertain yourself. It is only four times more than for disorderly conduct (7 USD) and twice as much, as for gambling (16.66 USD).

The most frequent fines

Fines connected with traffic violation are the most frequent in Ukraine. Drunk drivers refilled our state budget on the amount of 8 million 271 thousand USD in 2011.

Pedestrians and cyclists were often penalized in 2011 for the violation of traffic rules too. 134 thousand people had to pay 1 million USD. Not all of them actually paid it. Just a little bit more than 550 thousand USD went to the state budget.

Something around 20000 tickets were issued for a smoking in a public place. It was supposed to obtain 172 thousand USD, however just 30 % of that amount was paid.

330 thousand people have been fined for living without a passport. On average 3 USD each. This fine was paid by all!!

The rarest and the most unusual penalties

Discrimination of entrepreneurs by the authorities is not punished very severely – 12 USD. Just 2 cases within the last year were registered.

Only once a penalty for obstructing the work of Social Insurance Fund representatives who came with inspection to an enterprise was issued (35usd). It was not paid at all.

Few people even know that the unauthorized collection of wild fruits, nuts, mushrooms and berries in Ukraine is fined 5 USD in average. So it is better not to collect mushrooms without a wallet.

Let’s compare with other parts of the world. Sometimes penalties are ridiculous from our point of view. 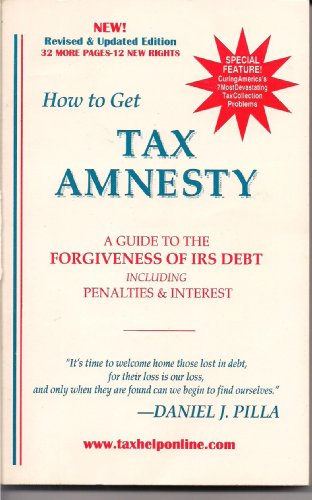 How to Get Tax Amnesty: A Guide to the Forgiveness of IRS Debt Including Penalties & Interest
Buy Now

Weird penalties in other countires