What Is Happening in Camden, the Final Home of Walt Whitman?

Several economic and business organizations found that Camden NJ placed as the poorest town in the United States in 2012, having the lowest annual average household income and the greatest number of individuals below the US Federal Poverty Line. By 2014 - 2015, this was not longer true.

This is all interesting, becuase Camden is adjacent to Philadelphia and near to Bridgeport CT, which is the Third Richest Metro Area of the USA.

The county seat of Camden County NJ, Camden is interesting to examine as one of Governor Chris Chritie's issues to address. What is happening in Camden and what can businesses ans government do to help? 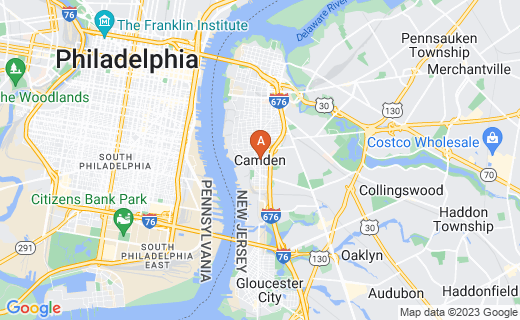 Near the Waterfront on the Delaware River in Camden, poet Walt Whitman's last home stands at the address listed below and is a US National Historic Landmark. A Visitor's Center serves the house to the right in the photo above.

The poet's original letters, possessions, deathbed, and the death notice nailed to his front door are all there in display in his last house. Visitors can also see rare 19th century photographs, including daguerreotypes.

Plans for rebuilding Camden out of its poverty in which 50% of its children live below the US Federal Poverty Line will make a better surrounding for Whitman's final home.

On February 26, 2013 in an announcement of the last budget of his gubernatorial term, Governor Chris Christy announced $2.3 billion in tax incentive breaks to businesses in his state.

As in many states, these tax incentives are used to encourage current businesses to expand and hire more employees, but also to draw new businesses into the state. Businesses want to operate in states and counties in which they can make the largest profits, and taxes cut into the bottom line more than some other costs.

At the same time, Campbells, the famous soup company, accepted a large amount in tax cuts in 2011 and then proceeded to lay off many workers.his was not a popular move.

Tax incentives are presented to corporations in order to allow them to hire more workers, not to lay off current workers. However, more than one company across the nation has laid off workers in the wake of increased tax savings or increased profits. This seems counterproductive and can lead to poor cities like Camden. 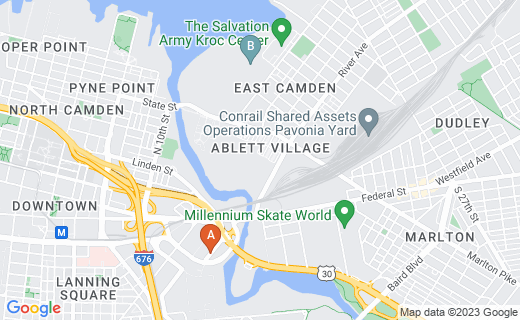 Plans for Improvement via McDonald's

Joan Kroc left much of the Kroc Fortune that was made through McDonald's hamburgers and real estate deals to the public good, including National Public Radio. Another gift was made to build this community center in Camden.

The Kroc Center of the Salvation Army, when complete, will have a 120,000-square foot facility on 24 acres within a former landfill in Cramer Hill. It will maintain programs to improve the Camden area in economics, education, health, recreation, and spiritual needs.

Meant for families and individuals, the Kroc Center can impact hundreds of people for good. Campbell (soup) company made a half-million dollar contribution to the community kitchen, the first operating section, in order to help supply food to children that do not have enough to eat.

The gigantic Kroc Center in Dayton, Ohio helped take that city from one of the poorest in America to one of the most successful, helping families as the Aerospace Industry grew to provide jobs around them. It is located in Dayton, just west of Wright Patterson Air Force Base and the National Air Force Museum. The Kroc Center benefits from volunteer services donated by those agencies. Kroc Centers are located in an additional half dozen cities in the Eastern USA and several in the West, including Hawaii. 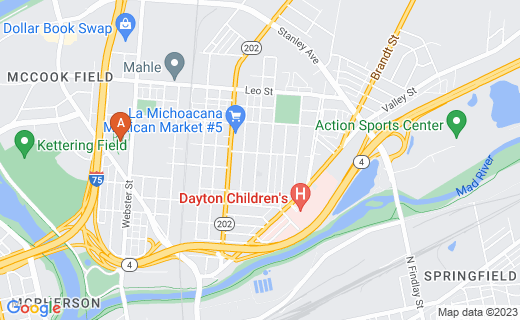 Dayton was once a Worst Place to Find Work in the USA. It came off the list in the late 2000s with numerous improvements and aerospace-related jobs.

As with most US Empowerment Zones, Camden's concentrates on buidling new housing to replace abandoned and condemed buildings. Following that, the organization works to increase culture and the arts in the area, usually a Downtown region of a city that needs development. New businesses, along with Job Creation and Human Services are high priorities as well.

The Camden UEZ was mapped in 1984 and to 1st QTR 2013, 150 businesses have registered in the associated program to gain its tax incentives and other help. While this number averages only 5 businesses yearly, it has created 339 new jobs and an investment of $584,504.00 in private money. By comparison, Campbell's reports that it donates $1 million annually to local charities.

Camden has been overcoming poverty to the extent that by January 2019, over 50,000 job listings were available in the market area. This is over four times the jobs available during the same month in 2014.