Prepare for an Earthquake

You Could Save Your Life if You Prepare Now

Earthquakes happen every single day. In fact, there may be one happening right this moment. It only makes sense to prepare for them, so if the worst does happen, you may be able to save yourself and your family.

Most earthquake preparation is fairly simple and inexpensive, so there isn't any reason not to prepare and one very big reason you should. Don't let your family suffer if the worse happens, prepare and take care of them. Even if you don't expect earthquakes in your area, there are undiscovered faults and no one knows where the next earthquake will happen.

Buildings Destroyed by the 2010 Haitian Earthquake

Everyone needs to prepared for an earthquake!

Earthquakes can be a danger in many places that aren't aware of it. There are faults that aren't mapped, earthquakes in other areas can cause damage hundreds to thousands of miles away, and there are even things that mimic the damage caused by earthquakes, such as a vehicle crashing into your building or a sink hole forming nearby.

No matter where you are, you should be prepared for emergencies, including earthquakes.

People die because they don't expect an earthquake to happen to them. Everyone should be prepared, but some areas, areas known to suffer devastating earthquakes regularly, need to be extra prepared. The San Francisco Bay Area and city of Los Angeles in California, the entire state of Alaska, Japan, Turkey, and Indonesia are all at extreme risk for earthquakes. It's not a question of if the next big one is going to happen, it's only a matter of when. To not be prepared in these places is basically like playing Russian Roulette. Each year that goes by without an earthquake is simply a click of the trigger, and though you can't tell how many clicks it will take before death and destruction, you know it's coming.

Earthquakes Around the World

Nearly Everyone Has the Risk of an Earthquake

Earthquakes in the US in an Average Week

Each square on the map above represents an earthquake with a magnitude over 1 that happened that week in the United States. The image itself is not a live feed, so click on the picture to see how many earthquakes have happen in the US in the last week.

Snippets of Video From a Major Earthquake

In the average earthquake, more people are hurt from falling items than anything else!

Secure heavy items with earthquake straps to the studs of your house, newer TVs are especially dangerous since it's quite common for them to fall on and kill children, even when there isn't an earthquake.

Hot water heaters should have at least two earthquake straps on them as well since they are very dangerous.

Computer monitors should attached firmly to your desk.

Cupboards, especially the upper ones, should have sturdy latches, either child safety latches or magnetic ones.

It's best to keep canned goods and other heavy items as well as glass in lower cupboards.

Household chemicals should be labeled and placed so they won't get knocked over.

Do not place bookshelves above your bed.

Do not place anything above your head that could fall in an earthquake.

Any picture frames above your bed should be very securely fastened.

Heavy items like TVs should be secured to the wall.

Non-slip stickers should be applied to slippery surfaces.

Glass bottles should be placed low down.

Emergency supplies, such as bandages, should be stocked.

Falling Items Are What Will Likely Hurt You

Why was the person in the above picture in danger? Their building didn't collapse so they should have been okay, but this person did not secure their stuff. Someone could have been seriously hurt when all these items started getting flung around. Though the 1994 Northridge earthquake wasn't extremely large, lots of people were hurt from stuff just like this.

Strap it down and keep safe!

All unbalanced or wobbly furniture should be strapped to a wall stud. This means tall china cabinets, TVs, water heaters, and other items. Look around your house and see what dangerous furniture you have just standing there, waiting to fall on top of you or a loved one during the next earthquake. 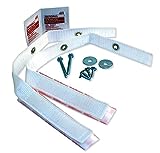 Flat screen TVs are one of the most dangerous items in your house.

They tend to be unbalanced and easily tipped, leading them to falling down with little provocation. Even a minor earthquake can make them fall down. They are also one of the major dangers in your house if you have young children since they tip the televisions over on top of themselves often. So, strap that television down and keep everyone safer.

Waterheaters are very prone to falling over in an earthquake, spilling hot water all over and causing a major hazard. Make sure you strap those things to a wall stud to prevent this danger.

Get a Water Heater Safety Strap 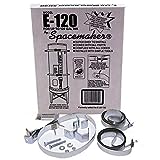 King Library in San Jose after the 2007 Earthquake

Know Where Your Utility Shutoffs Are

Every single person on the planet that has electricity, natural gas, or water lines should know how to turn them off where they enter the home. The 1906 San Franciscan Earthquake had lots of damage caused by the earthquake itself, but what really devastated the city were the fires that spread due to gas lines not being shut off and the citizens not having water to put them out due to the water lines being broken. If there is leaking gas from a broken pipe, a single spark can take out an entire neighborhood, and you may not always be able to determine if there is a leak right away, so it's definitely better to be safe than dead.

I'm a big advocate of older kids knowing how to do a lot of the earthquake preparedness as well, and this is such an important one that they really need to know how to do it in case you are incapacitated, unconscious and pinned under a beam, or simply at work.

You'll need to walk around your house or apartment and locate where each utility enters your home. There should be a sort of pipe, with a main valve on it. Utility shut-offs vary across the world, so if you are unsure what they look like in your area it's a good idea to call your utility company and ask, or at least ask a friend or neighbor to show you where and how to shut them off. Once you have located each one, it's a good idea to add a waterproof tag to each shutoff valve, labeling them as water, gas, and so on since after a disaster, emergency personnel may come by to turn them when they can, and even neighbors may need to do so if you are gone or for some reason unable to do so.

Preparing your neighborhood is just as important as preparing your family in this case. If there is an emergency and some people are gone, the neighborhood is still at risk of fire or explosion damage, no matter if you get your utilities shut off or not. Ensure that you know how and where to shut off your neighbor's utilities and that they know how and where to shut off yours, just in case. It's really a good idea to have a neighborhood earthquake preparedness meeting if possible. You can also then discuss other things like where you will take shelter in an earthquake (in case anyone has to be dug out) and where everyone plans to meet after the disaster. You can also share emergency contact information if you wish.

Tools to Shutoff the Utilities

General Tech 16 Pc Universal Tool Set (56030)
Usually you need a wrench or pliers to turn off utilities. Don't be lost without one in an emergency.
Buy Now

Have an Earthquake Kit

Surviving the earthquake just to die of starvation or thirst or cold would be pretty darn stupid. Though you may not be able to know exactly when a disaster is going to occur, you can plan for earthquakes and other disasters and prepare for them. Having a disaster preparedness kit is extremely important since you may have to survive for quite a while without help. Emergency personnel may be unable to get to you, and wouldn't you like to have some way to staunch bleeding, some food, some water there until they can get to you?

Get a Survival Kit 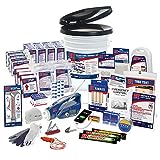 ER Emergency Ready 4 Person Ultimate Deluxe Survival Kit, SKH4DR
Everyone should have a survival kit at their home and in their car.
Buy Now

When the earthquake happens and the water lines break you may need to go for quite a while without water, so you have to make sure you have an adequate supply, as well as things like iodine tablets in case you run out and need to purify water. Home filled water bottles tend to grow algae and become bad tasting, and can even make you sick if they sit around too long. Buy sealed water bottles and do not open them to avoid contamination. Place the water in various places around your home, so there will always be some close to you in case your house collapses and you can't access the main supply. Also, place some outside in a protected area so if your house completely collapses you can still have some water.

Water is extremely important. In a disaster, you may not have access to clean, fresh water and may have to purify what you do manage to find so you don't have to drink contaminated water. Many people who have experienced disasters get sick or die from lack of clean water, such as what happened after Hurricane Katrina. Don't let disasters just be disasters, learn from the past and plan for your future. Planning ahead means we can get water purification tablets and things to sterilize the water and kill any germs and bacteria that may be present, protecting ourselves and our families.

Teach Your Kids What to Do in an Earthquake

If you are at work during the earthquake, you will be unlikely to be able to make it home. The roads will be backed up with traffic, there will be debris on the ground, and some areas will even be closed off due to massive damage. If you are at work when the earthquake strikes or even if you die or are knocked out during it, whether your kids live or die depends on you and what you've taught them.

When an earthquake strikes, it's important to get underneath a sturdy table and cover your head. Even a minor quake can cause things to fall and hurt you. Oh, and make sure your entire body is under the table, and don't leave your head out in the open like this image shows.

Could You Get Home if this Happened?

Damage to the Bay Bridge from the 1989 Loma Prieta earthquake

Written by Marc Reisner, the author of Cadillac Desert, A Dangerous Place is a must-read for anyone residing in or near the San Francisco Bay Area. Split into two parts, the first half of the book discusses the aspects of living on top of some of the most dangerous faults in the world, and the second half tells a story about what could happen in San Francisco when another quake hits. 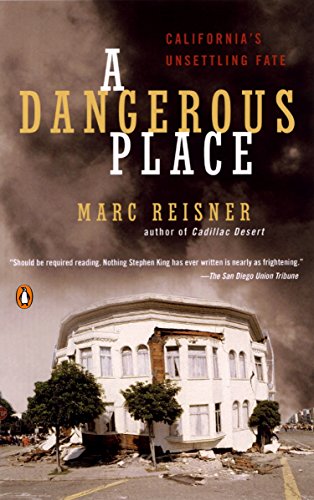