This article is an attempt to answer some of the more important questions concerning radiation and exposure to radioactive particulates. The information provided herein is garnered from various professional, government and independent sources. It is believed to be accurate but may contain errors due to outdated or inaccurate source material.

What is Radioactive Fallout (radioactive plume or cloud)?

Radioactive fallout is dust that contains radioactive particles which can be potentially harmful to plants, animals and humans. It can taint both food and water supplies which might lead to a contaminated food chain.

Can Radiation Harm Me?

Many people believe that all radiation is harmful, which is a myth; in fact, many of the individuals exposing such things do so while projecting their claims over radio or television stations that emit powerful radiation which you receive on your home or car stereo (e.g. radio waves). All radiation is not harmful, but certain types and amounts of radiation can be harmful or even lethal; ionizing radiation is particularly harmful.

Can Radioactive Fallout Harm Me?

Precipitation falling from a radioactive cloud (fallout) is particularly troublesome as it will bring airborne radioactive particles to the ground where they can concentrate in certain areas. In general, the greater the rate and duration of precipitation, the more particulate matter will be brought to the ground.

You do not want to be downwind from the source of radioactive contamination, particularly during a rain or snowstorm!

How Much Ionizing Radiation is Harmful?

The United States Nuclear Regulatory Commission (NRC) guidelines state that the annual dosage for adults working with radioactive material may not exceed 5,000 mrem (50mSv). 5,000 mrem is equal to 5 rem, which is the maximum dosage allowed before radiation exposure is known to cause noticeable damage. The effects of radiation on the human body at various levels of exposure are listed below:

What is Radiation Poisoning?

What Are The Symptoms of Radiation Poisoning?

How Can I Protect Myself From Radiation?

The very best thing you can do to protect yourself from radiation sickness is to minimize your exposure to ionizing radiation; however, if a harmful exposure is suspected the following rules will always apply:

What Should I Do If I Suspect I Have Been Exposed To Radioactive Material? 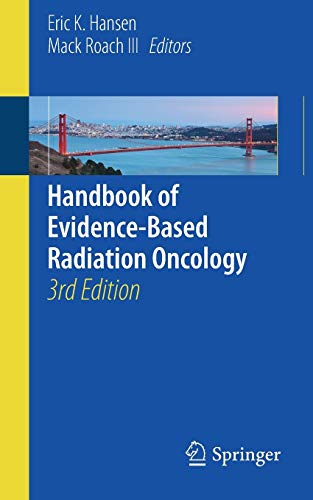 Will Radioactive Fallout Harm My Pets, Livestock, or Plants?

Yes. Animals can be effected by radiation in the same way that humans can be effected, and plants will also suffer damage due to radiation exposure. All pets and livestock should be moved into an enclosed location to protect them from radioactive particles, and plants and crops should be covered with a heavy plastic sheet or tarp if they are unable to be moved indoors.

Certain pets and livestock are more susceptible to radiation sickness than others. Cattle and sheep are especially susceptible while swine tend to be less susceptible. An effective strategy after the Chernobyl disaster was to feed pigs that had been exposed to cesium clean fodder for two months prior to slaughter, which allowed depletion of the absorbed compound to occur.

What Will Radiation Do To Food and Water?

Depending on your location, the amount of radioactive particulates present in the environment, the type of radioisotopes, and various other factors food and water may or may not be fit for consumption. It is important that you do not ingest any food or water that you know is contaminated or that you suspect may have been contaminated, as ingesting or inhaling radioactive particulates can do more damage than external exposure. Extra precaution should be taken before consuming milk or milk products.

How Long Will Food and Water Be Contaminated?

Food and water stores not directly effected by fallout should be safe for consumption.

In emergency situations plants that are near harvest at the time of initial exposure may be thoroughly washed and eaten. In addition, animal muscle tissue would be considered the safest portion to use for a food source.

Water supplies will likely be safe for consumption within a very short period of time; however, closed bodies of water such as lakes and ponds may remain contaminated for years. Water that is contaminated can be decontaminated using ion-exchange and filtering processes.

What Will Radioactive Fallout Do To My Car and Other Outdoor Possessions?

Radioactive particles can contaminate your vehicle or other outdoor possessions. If you can do so without placing yourself into harm, and if time allows, you should move your vehicle and any other outdoor possessions into an enclosed location. If an enclosed location is not available, any vehicles should be covered with a properly secured tarp to prevent radioactive particles from falling into cracks and crevasses where they can not be easily washed away.

Pools and outdoor spas should be covered as well.

How Can I Prepare For Radioactive Fallout?

What Are The Emergency Siren Codes for Radiation Fallout?

The United States Civil Defense siren code for a "fallout warning" will be loud pulsing or "short" tones eminating repeatedly for about 3 minutes, sometimes followed by a voice transmission. Longer tones with equal periods in between may also be used for this warning.

The "all clear" (ok) is one continuous tone eminated from the sirens.

The Effects on Populations of Exposure to Low Levels of Ionizing Radiation. Washington: National Academy of Sciences, National Research Council, 1972.

Know When Radiation Is Dangerous 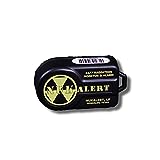