Researching And The SCA

Historical sports and games is my primary focus in the SCA, mainly because I enjoy playing games and researching games means I can play all sorts of games at events without resorting to periodesque games. Too me keeping my games period is kind of a point of pride, I have no problem playing non-period games at events, but why should we resort to inventing period games when there is a host of perfectly acceptable period games which we could play.

Finding primary sources for games is difficult at best, it is rare that game rules are written down, or treasured so that they end up preserved, game boards are found at times, but they are often in rough shape at best, and active games often have different rules for different regions. What ends up happening is games rules are often devised by researchers based on the pieces found and any other information we have available.

While researching games is difficult, there are sources you can turn to if games research is an area you want to delve into.

Why Is The Study of Games Important?

The study of how people play throughout history is an important part of studying the past that is often overlooked. It is often seen as frivolous and of no real value. The study of play, however, lends important insights into a culture that is hard to understand through anything but a study of how those cultures play.

Studying a cultures games lets you glimpse their concepts of fair play, how important it is to the culture to have "free time", and how serious they take games. The more serious a culture takes games the more complex the rules and more high stakes games tend to become.

It is through games and sports that we can examine culture away from official writings and histories, and study what people actually did. Historical accounts of court proceedings are great, but they don't really give any view of the common man.

Wikipedia is NOT a good source for documentation. If you use it at all I would suggest you only use it a source for resource books, check the sources and read the sources, do not rely on wiki entries.

In 1283 King Alphonso X of Spain commissioned the creation of a book of games, which was meant to be a definitive guide for Chess and all other games played in Spain at the time. Thus was born Los Libros De Acedrex Dados E Tablas, or Alphonso X's Book of Games (more accurately Book of chess, dice and tables). You won't find this on Amazon, and you're not likely to find it even in the specialty book stores, at least not in English. The book is in Medieval Spanish, which is fine for those who can read that, but most of us can't, now the book is worth examining even for just the pictures, they are fantastic and give considerable insight into a wide variety of games, but if you really want to understand the games that are described in the book you will want a translation. The only translation I know of is by Sonja Musser Golloday and is her doctoral paper for Doctorate in Philosophy for Spanish studies. Many copies of an earlier version written for her Masters are available throughout the internet, but the full blown doctorate version which is nearly 1500 pages is often harder to find. Luckily I happen to know where a copy can be downloaded.

Seems like the title "Book of Games" is a common one for books about games, you'd think people would be a little more creative. To be fair thought Willughby never published his book, he died before he had a chance to publish it. Francis Willughby was a naturalist of some note writing books on Ornithology (study of birds) and Ichthyology (study of fish), his works are still referred today.

His book of games was discovered among his personal papers in 2003, David Cram, Jeffrey Forgeng and Dorthy Johnston edited the works and published them. The book is available on Amazon, it is not cheap but it does fluctuate greatly in price and it can be found for decent prices from time to time.

Catherine Perry Hargrave put a lot of research into cards from a wide variety of periods. This is one of the best resources for extant card designs available. It is a beautiful book, and belongs on the shelf of any serious games researcher, especially if you enjoy card games. There is rumours that there is a black and white version of this book, do NOT get this copy, look for the one with full colour plates, black and white just does the card designs no favours.

A History of Board-Games Other Than Chess
Buy Now

A History of Board-games Other Than Chess

Murray is THE name in games research, Hoyle may be the byword for rules accuracy, but Murray is the man to go for for historical games information. His research on Chess is well known and second to none, but his research on other board game is nothing to sneeze at. Any book by Murray on games is well worth the read. 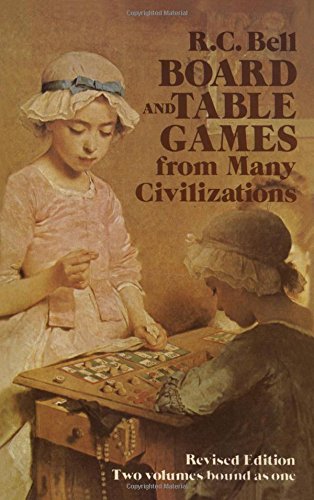 Board and Table Games from Many Civilizations
Buy Now

Board and Table Games from Many Civilizations

R.C. Bell is another well known researcher of games, particularly board games. Probably one of the best Encyclopedia style books on historical games, Bell's Board and Table Games from Many Civilizations is a great jumping off point for anyone interested in beginning to look into historical board games.

A note of caution, anything in this book (or really any historical book) should be verified by other sources as well, often times our understanding of history changes over time as new facts come to light.

Bat Ball and Bishop: The Origin of Games 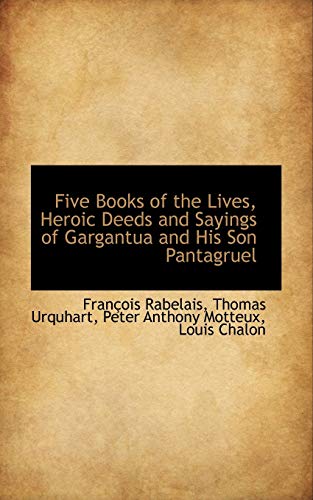 Five Books of the Lives, Heroic Deeds and Sayings of Gargantua and His Son Pantagruel
Buy Now

Gargantua and his son Pantagruel

Rabelais wrote this in wrote this satire about two giants in the early 16th century. Now a satire about two giants doesn't seem to be a logical place to look for games research, however the book does contain a section on the games that Gargantua knows and is good at. This is an excellent place to find date games as period. The list is extensive, and if it is known by Gargatua, you can bet it was known to many actual people during the 16th century. The rules to the games are not in the book, nor are there any descriptions of the games, but as a list of games known to the people in the 16th century this book is a handy resource.

The Artwork of Bruegel

Pieter Bruegel the Elder was a Flemish artist in the 16th century, and his artwork is among the best works to study if you are looking for games and past times of the average person in medieval Europe. Children's Games is one of the best examples of his work for this purpose. It depicts countless games being played in the streets of a town. This work is one of my favourites of Bruegel's, but there are others. Hunters in the Snow depicts hunters returning from the hunt and in the background you can see many people skating and playing games on a frozen pond.

Of course Bruegel isn't the only artist who painted scenes with games, there are many examples of games being played in artwork, and artwork makes for a great source for games research.

Hunters in the Snow

Looking for Reproduction Cards and Games

There are a wide variety of online sources to buy reproductions of extant board games and decks of cards. Here is a collection of links to those sites:

What My Research Has Lead To

In 2012 I decided that I would turn my love of historical games and the research I had done into the subject into a series of books and booklets. It has been a long and labourious process, but in February 2015 the first book in the series was finally published. Past Times: Ancient Board Games became a reality. This booklet focused on board games from Viking age and earlier. It is 36 pages of rules and background on a variety of games from Europe.

The second book Past Times: Sports and Games of Medieval Europe is currently in the editing stage and will be just under 200 pages. It is due out in Spring 2015. The third book I have begun writing is Past Times: The Die is Cast will be a book on the history of dice and dicing games.