In January 2010 I read a number of Internet articles about the debate in India surrounding genetically modified organisms (GMOs) and BT brinjal. One of the articles was a timely piece here on HubPages, Indian Government says No to BT Brinjal. The author describes the issues involved in the BT brinjal debate in detail, and here is a brief summary: The BT brinjal debate involved the US company Monsanto's attempt to use India as a testing ground for BT brinjal, a genetically modified version of one of India's most important food staples; those in favor argued that pest-resistant BT brinjal would produce larger crop yields, while those against countered that not enough was known about the biological and economic risks of growing BT brinjal.

The author wrote to a well-informed audience—Indians who have an interest in BT brinjal—making the assumptions a good writer does about audience and consequently not defining either brinjal or BT. I found the author's topic and argument compelling, even though there was much background information I did not have.

The BT Brinjal Debate Is Not Limited by Geography or Time

I did not know what brinjal (called eggplant in the USA and aubergine in Europe) was. I knew what BT (Bacillus thuringiensis) was, but I did not know how BT came together with brinjal in order to create a GMO. I came to learn not only how BT and brinjal come together, but also just how complex are the issues surrounding GMOs and why they are so hotly debated.

Like the molecules of air we breathe, GMOs and the issues surrounding them have no geographic boundaries and no time limits—in this increasingly small world we inhabit, each of us is now or will be exposed to GMOs and GMO issues whether we know it or not, whether we like it or not.

Here are Internet resources you can use to build your own understanding of GMOs and GMO issues so that you can make informed decisions about the role you will or will not play in GMO development and distribution, no matter where you live on Earth.

In layman’s terms, a GMO is created when genetic material from one organism is artificially introduced into the DNA (deoxyribonucleic acid) of another, thereby altering that second organism’s DNA. DNA, the chemical building block of all life forms, is responsible for your having black hair and brown eyes or blond hair and blue eyes, and for how an eggplant is not an onion and you are not a rabbit. As you can imagine, once a foreign gene is introduced into an organism’s DNA, the offspring of that organism now display the trait determined by the foreign gene. In the case of BT brinjal, the genetically modified brinjal contains the BT toxin gene, purportedly making the new brinjal more resistant to damage caused by certain insects.

What Are GM Foods?

It is important to note that BT toxin is not the only genetic material used in the production of GM foods. For example, genes from certain viruses have been used to create virus resistant tomatoes. Learn more about GMOs and DNA and how GMO crops are developed, produced, and marketed.

BT, a naturally occurring bacterium, has been accepted for more than 50 years as an effective and safe organic pesticide for controlling such pests as mosquitoes, gypsy moths, black flies, and some beetles.

For more BT FAQs, check out the University of California San Diego Aroian Lab website, a rich source for answering questions such as: Is BT harmful to monarch butterflies? Is BT safe in food? ...and more

Are Humans at Risk from GMOs?

There is much debate over this question, primarily because not enough research has been done. Tests conducted in Europe and reported in 2009 found that rats fed GM corn for a period of 90 days presented signs of toxicity in adrenal glands, kidneys, hearts, livers, and spleens. The corn they were fed is currently present in human food and animal feed supplies worldwide. No long-term research on laboratory mammals has yet been completed, and no such research has been conducted on humans. In that GMOs have never been a component of either animal or human diets, the consequences of long-term ingestion are not known.

Again, not enough research has been done. Perhaps BT brinjal will increase a farmer’s crop by 20 to 25 percent or more in the short run, as BT brinjal developers suggest, but at what environmental cost? Will beneficial insect populations that have protected crops grown under the vigilant observance of generations of farmers be lost? Will plants and animals in the vicinity of a GMO crop experience unforeseen changes?

In a stunning comment concluding the report of a study conducted by the US Agricultural Research Service (ARS) on predicting the environmental effects of BT crops, the ARS suggests that researchers “…should be able to more accurately predict from laboratory studies the impact that new experimental lines may have in the field.” In other words, the environmental impact of BT crop field plantings has not been assessed in the laboratory before being assessed in the field.

At this writing in January 2010, who stood to lose or gain was a hot issue in India. India was then and is still the poster child for what can happen to any country with an agricultural economic base. India has a long tradition of preserving crops to sustain its people, and both a desire and the ability to remain a permanent and powerful presence in global economics and politics. What India chose to do regarding BT brinjal would most likely impact GM food issues around the globe.

The economic bottom line for India growers was this: if Indian growers bought Monsanto's GM seeds, then they could not harvest and store seeds for the next year’s planting; instead, they would have to buy new seeds each year. This contractual agreement stepped completely outside India’s tradition of harvesting and storing seeds to be used for the next year. The economic consequence was clear: Monsanto would gain while India would lose, since there was no proof that the yearly investment in GM seeds would sustain a farmer's cash flow over the long term.

What about the politics? This question is not confined to the discussion of India in 2010. Big bucks are being traded on the world market to promote GM crops as the premier solution to global water shortages and soaring population growth. It doesn’t take much imagination to see that the corporations who develop, market, and distribute GMOs sit on one side of the GMO fence while global environmental organizations sit on the other. Consensus is still far in the future.

A Sobering Look at Who Stands To Gain

Where Do You Stand?

“Whenever the people are well-informed, they can be trusted with their own government.” ~ Thomas Jefferson

I am actively involved in GMO issues.

This Hub helped me better understand GMOs and GMO issues.

This Hub inspires me to learn more about: (you can choose only one, so please elaborate on your choice in the comments section)

I already knew that a brinjal was an eggplant.

Build Your Understanding of GMOs and GM Foods 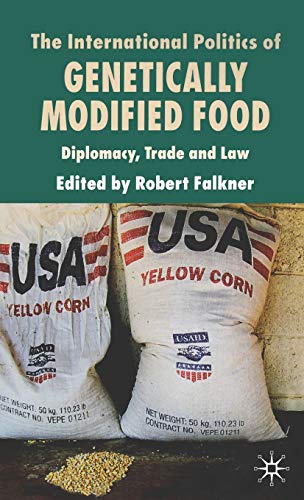