What Happened After the Lewis and Clark Expedition? - Sacajawea and the Lost Grave

Not all of the bands in the Shoshone Nation are federally recognized, meaning that not all benefit from political and financial advantages offered by recognition of the US government. This includes college financing, funding for reservations, business partnerships, benefits of the Indian Health Service, and several others Discussions in this matter brought questions to the surface about Sacajawea, which band is her heritage, and the location of her grave. Controversy has roiled, but in interesting ways.

A recent PBS television program put together by researchers of both Caucasian and Native lineage discussed the controversies and what is known about Sacajawea. Within Shoshone Nation, there exist differing opinions.

Sacajawea (Sa-cog-a-wee-a) was a member of the Lemhi Shoshone of the Northern Shoshone Nation. The Lemhi are not federally recognized at this writing and seek gain that status. They lived in the Lemhi River Valley and near the Salmon River, salmon being a diet staple.

The Lemhi traded and intermarried with other Shoshone bands and with the Bannock Nation, often traveling back and fort across the Lolo Trail over the Bitterroot Mountains of Idaho to trade salmon. The trail was an Indigenous trail and not cut by white explorers.The Lemhi Reservation existed only from 1875 to 1907 and was abolished. Today, the people want to recoup their recognition and assert their independent traditions. 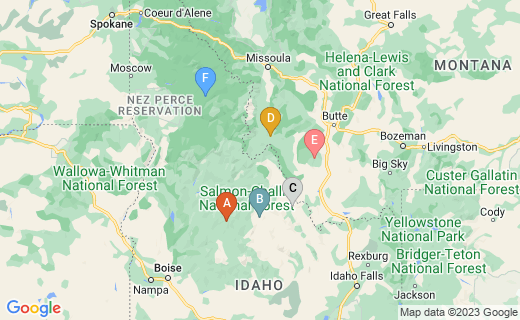 US Army Captain Merriweather Lewis and three others in the Corps of Discovery moving west through North America arrived the Lemhi Pass in Idoho on August 12 1805. At this time, Ohio had been a US State for only about two years. In a bid to plough transportation through the western US Territories and Native American lands to the Pacific Ocean, Lewis and Captain William Clark were assigned by President Thomas Jefferson to find a water route - a sort of quest for the Northwest Passage. OF course, there was none to be found south of Canada. today, enough ice has melted in Canada to reveal to NASA satellite cameras a large waterway through to the Pacific.

A small group of Lemhi went across the Bitterroot Mountain with Lewis and Clark to help them organize their canoe expedition for overland travel. That done the Corps of Discovery crossed again into Idaho and was joined by Sacajawea, aged about 18. She married a French trapper, Charbonneau, and between the two of them and a Frenchman on the discovery team, translated from Shoshone to Blackfoot to French and finally to English for Captains Lewis and Clark.

Commemorative signs and monuments are posted along the Lewis and Clark Trail for visitors to observe as they trace the Corps of Discovery journey to the Pacific (see the link above).

To the best of documentation that has been found by researchers and Lemhi Shoshone individuals, Sacajawea was born circa 1788 near Tendoy, Idaho (named after a Chief). In the Autumn of 1800, the Lemhi were planning on spending the fall and winter the three forks of the Missouri River in today's Montana.

The Lemhi were attacked by a Minnetaree band from a local Hidatsa settlement. Shoshone captives included Sacajawea. Sometime in the years 1800 - 1804, she and another Shoshone captive were purchased by the French Canadian, Charbonneau, who lived among the Hidatsa and Mandan nations that own oil wells today in New Town and surrounding lands in North Dakota. 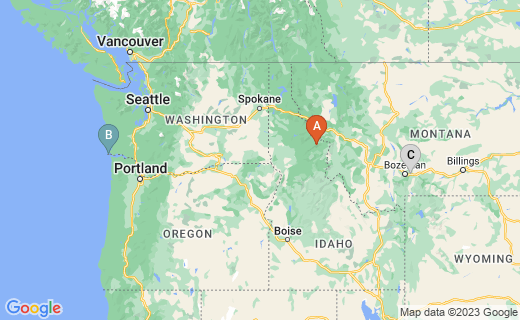 Lolo Trail was already used by Native Americans to trade salmon and therefore already cut. The trip took 11 days in winter to cross the Bitterroot Mountains and Sacajawea carried a baby on her back the entire way. The surrounding tribes saw a woman and child with the white explorers and considered this a symbol of a peaceful traveling party that they permitted to pass without interference.

At Cape Disappointment on the Pacific Coast, Sacajawea and all the men were asked their opinions about whether to make camp there or not. She said they should look for a starchy vegetable called potas and it was abundant at Cape Disappointment. She was voted down and the encampment that was settled elsewhere went hungry all winter with little food. A whale washed up on the beach and the party went to look at it in January 1806. Sacajawea insisted upon accompanying the white men to see the body of the great animal, although she was denied permission to so do at first. She insisted, noting that she had been the primary guide for hundreds of miles in harsh weather and deserved to see the ocean and the animal. The men relented. She was the only person in her nation to see either of such sights for many years.

The Native Americans do not know for certain what happened with Sacajawea after her return to the Lemhi River Valley. Fort Washake Reservation displays a tombstone in its Sacajawea Cemetery, but we do not believe it is hers. The story attached is that she died an old woman of age 84 or older. Scant written documentation that has been uncovered by the Lemhi says that she died at age 24 of a “putrid fever.” She had born two children, a boy that she took on the Lewis and Clark Expedition and a girl named Lisette. Many of the Lemhi Shosone believe that Sacajawea died at age 24 in South Dakota.

The commemorative coin to the right is called the Sacajewea Dollar, but does not display her name at all. She is modelled on an 18-year-old Shoshone woman, but not of the Lemhi Shoshone. Some of the Lemhi people feel that it is a disservice to the memory of Sacajawea to have used a non-Lemhi Shoshone as her model.

Many historians call Sacajawea the most important woman in American History. She led the discovery team hundreds of miles to the ocean and discovered Bozeman Pass on the return trip home, saving the expedition time and toil. She went many miles on horseback and foot in a snowy far North American winter at age 18, carrying an infant and guiding the whites to the Pacific Coast. There is no documentation that she ever complained on the journey and we do not know for sure what happened to her after she returned home.

The Song of Sacajawea, Told by Laura Dern with Music by David Lindley
Buy Now

Directory of Native American Nations in the USA