A pirate career spanning less than a year Samuel Bellamy, otherwise known as Black Sam was a formidable pirate in the Golden Age of Piracy plundering at least 50 ships. Tall and tidy, Bellamy wore expensive clothes and grew long black hair banded in the back. He was a democratic captain who wore four dueling pistols. Yet due to his mercy and generosity toward captives he gained a second nickname, "Prince of Pirates" and his crew called themselves "Robin Hood's Band."

Believed born in Devonshire, England 1689 Bellamy made his way to America in the early 1700's, leaving behind his wife and child in Canterbury, England. Cape Cod lore says Bellamy arrived in Eastham Harbor outside of Cape Cod where he met 15-year old Maria Hallett. Stories passed down from Cape Cod say her parents liked Bellamy but did no approve of his poor salary as a sailor, so Bellamy promised to return to Maria with gold and jewels as captain of the greatest ship the world had ever seen. After Bellamy had left, Maria gave birth to Bellamy's child who subsequently died causing a scandal that resulted in Maria being jailed and exiled. Yet she still waited for his return.

Financed by his friend Palsgrave William, together the two led a salvage expedition to Florida where Bellamy had heard in late 1715 that a Spanish Treasure Fleet lay sunk. They came back empty handed. Still wanting a fortune they turned to piracy to revolt against the poor fate the world had given them, joining Captain Benjamin Hornigold's pirate crew in 1716 - the same crew Blackbeard once sailed under.

Now Hornigold's crew wanted to plunder an English ship and wage war against all nations but Hornigold's reputation and belief was only in attacking French and Spanish ships. As a result, Hornigold was deposed around June of 1716 and Bellamy was elected captain of the Mary Anne while Williams was elected quartermaster. When Bellamy captured the Sultana in 1717, his new flagship, Williams was given command of the Mary Anne. Together they plundered over 50 ships leading to every pirate's dream – the big haul.

The Big Haul and the End of a Pirate

The pinnacle of Black Sam's career was when a three day chase led to the seizure of the slave ship The Whydah Galley, a three mast 300-ton vessel, on route to Jamaica hauling ivory, gold and silver worth at least 20,000 pounds, perhaps 30,000 pounds. Making the Whydah his flagship, Bellamy gave the Sultana to the captured captain and crew of the Whydah. With a rich booty, Bellamy headed north perhaps to reunite with Maria but his luck had run out. A fierce storm sunk the Whydah on a sandbar near Wellfleet, Massachusetts on April 26, 1717 taking Bellamy and most of his 146 crew with him. Of the eight survivors - six were executed and two were acquitted. The history of Samuel Bellamy was told by Thomas Davis, a Welsh carpenter, who was one of the survivors of the Whydah and acquitted of the charges against him.

Pirate in My Arms Book 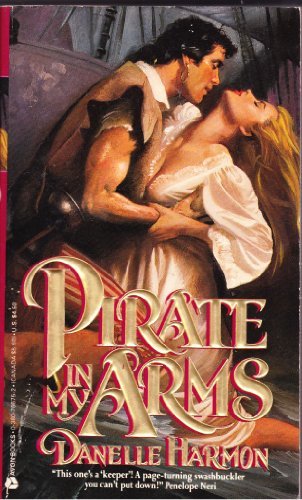 Pirate in My Arms
Buy Now

Today Samuel Bellamy lives on courtesy of treasure hunter Barry Clifford who found the wreck of the Whydah in 1984, the only confirmed pirate ship ever to be salvaged with pieces of booty still intact. A museum, The Expedition Whydah Sea Lab and Learning Center, founded by Clifford now sits in Provincetown, Massachusetts with the recovered relics of the Whydah. Among the recovered treasures are the Whydah's bell, gold bars and nuggets and many of the ships guns. Yet not content with merely a museum, Black Sam also finds himself in a book by Danelle Harmon titled Pirate in My Arms, a romantic story of Black Sam Bellamy and Maria Hallett.