Save the Dolphins-The most intelligent animal of the oceans needs help!

The dolphins have many species, but we don't know about most of them. Thousands of these intelligent animals die every year in the nets of fishermen. Japanese ones kill them brutally to defend their fishing zones. Today, several species of this fantastic creature are in danger, and we need to do against this atrocity.

Dolphins, in general, are small (comparing to other whales) and streamlined. Many kinds have long 'nose' and sharp teeth, wich helps them to catch fish. When they are looking for food, they are making strange noises, wich acts like the ultrasound of bats. With this ability, they can locate nearby things and, most importantly, they can find fish. The dolphins are really sociable, they always travel in groups. There are many variations of a dolphin's look: they can be striped, spotted, freckled, little, huge, with long or short nose. The common dolphin lives in the tropical and the temperate zones. Sometimes the animal appears at the Brittish coasts, but that's a rare thing to happen. His favourite food is sardella, hering and other types of fish. It happened once that researchers discovered a school of dolphin with about 250 000 (!!!) members. Today, there are no schools with such a big number of members and that's sad. The most known dolphin is the bottlenose (Tursiops truncatus) who makes noizes that sound like laughter. 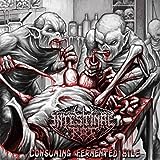 The biggest danger factor for the dolphin are the fishing nets. If the animal gets trapped in one of those it will surely drown, because he can't get to the surface thus he can't get oxygen. Over 250 000 dolphins die in the Pacifig Ocean as a result of those 'traps' every year. They usually follow schools of tuna, and this causes their fall. It may sound weird, but they can be trapped in "ghostnets" , that are nets detached from fishing vessels, floating in the ocean.

The chemicals and harmful material that gets to the oceans accumulates in the animals. When the dolphin eats a fish that is poisoned, it will get poisoned too. This slowly damages the dolphin's liver, brain and genitals, making the reproduction difficult or what's even worse: impossible. In the past we could see dolphins swimming around the Brittish coast. Today we can say that the animal is nearly extinct here as a result of pollution.

At many places the hunting of whales and dolphins is illegal, but there are several countries where the hunting is still in full swing. For example, in Japan the hunters chase the dolphins to the coast then they bruttaly murder them. In addition, the giant Japanese fishing fleet is scouring the sea for fish, and they kill many dolphins on their way too. In Chile and Argentina they use the dolphin as a bait to catch crabs. Thousands of dolphins die every year because of this shame of humanity. At the Feröer Islands (Denmark) the people hunted the dolphins for their meat in the past. Today, the dolphin meat is not the primary food in the islands, but they still hunt around 2000 dolphins every year. At the Solomon Islands, people hunt the dolphin to make necklaces from their teeth that women wear before their marriage.

The threats to freshwater dolphins

There are a few subspecies of the dolphin wich lives in fresh water only. Their life is a lot more dangerous because the proximity of humans. In India, the dams and the drainage channels embitter the life of the dolphins. The locals often cut branches of the rivers due to watering so the dolphins can't live in their whole habitat as they want to. The dolphins living in the Amazonas were not harmed in the past because of the local religion. Nowadays, the hunters got their hands on the dolphins here too. Many of the dolphins are caught alive, so they can send them to dolphinariums.

The dolphinariums are very popular nowadays, especially in America, where tamed bottlenose and killer whales show their talent. They are very intelligent, that's why we can teach them awesome tricks. These shows help to draw the attention of the people: The dolphins need help, and they need it now! Unlike the zoos, the dolphinariums don't offer good conditions for the dolphins, because they don't like the closeness. They have a shorter life in captivity, and the birth rate of those beautiful animals is very low too when they don't have freedom.

The most important thing we can do is the limitation of tuna fishing, but that would be really hard to complete due to economic reasons. The hunting and the pollution could be stopped only with international conventions and control. To do that, we need many followers and maybe one day these fantastic animals will be swimming without any trouble in the oceans of Mother Earth.

Others that need help

There are several other animals in danger! We need to help them too!