This is a complete record of all reported shark attacks in the coastal waters off Australia in the year 2012.

As more and more of our ever-increasing population take to the shallow shore waters to take part in watersports such as surfing and bodyboarding, then it is only natural that the reported cases of shark attack will rise.

The sea is the domain of the shark, some species of which are top of the oceanic food chain, and they are programmed to eat or at least take a bite out of anything that moves in it.

The warm waters around Australia are home to all of the most dangerous sharks on the planet, most of whom are offered protection in law, because over-fishing has reduced their numbers, thus making them endangered species.

Unfortunately, when man enters the sea he does so at his own risk, and every year there are deaths or horrific maimings due to shark attack. 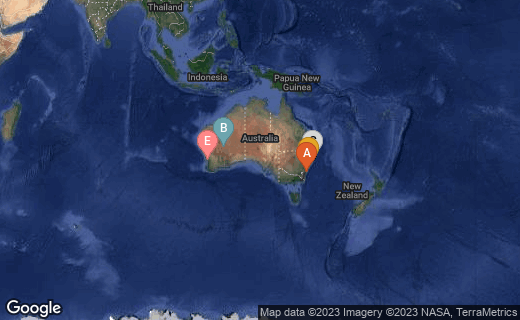 On the 2nd of December, a 31 year old spearfisherman suffered puncture wounds to his knee when bitten by a sand tiger shark at Green Island, New South Wales.

On the 19th of December, 32 Richard Triggs had a near miss with a 6' tiger shark while surfing somewhere off Western Australia. He suffered no injury. Why is this even listed as a shark attack?

On the 28th of December, 29 year old Luke Allan suffered lacerations to his thigh and hand when paddleboarding off Kylie's Beach, Diamond Head, New South Wales. A 2m (6.5ft) bull shark is responsible.

On December 30, 23 year old Danny Sheather was surfing between Dee Why and Long Reef, New South Wales, when he was hassled by an 6 foot shark which bit a chunk out of his surfboard.

The shark bit and tore his swim fin while he was bodyboarding, but thankfully he suffered no injury.

He was surfing in a remote spot known as Red Bluff, near Quobba Station, 900km north of Perth in Western Australia, when he was bitten around the abdomen by a possible tiger shark.

He fought it off and suffered severe lacerations to his right arm when the shark bit him again.

Fortunately, there were a lot of other surfers present, including surfing legend Jeff Goulden, and they dragged him through the sea to dry land and safety.

The area is so remote, it took some time for emergency services to reach him, and indeed his friends took him by car to meet the ambulance, before he was taken to Carnarvon Hospital.

From there, he was airlifted to the Royal Perth Hospital by the Flying Doctor Service, where his condition was stabilised before he underwent 7 hours of surgery to repair the damage inflicted by the shark.

Despite suffering serious injuries, he is expected to make a full recovery.

On Tuesday, 31st of July, 2012, 48 year old John Campion was attacked by what is believed to be a great white shark, while surfing with a group of friends and family, including his own daughter, at Streaky Bay, Southern Australia.

The shark attacked his arm without warning, and his friends acted quickly to get him out of the water.

He suffered from severe blood loss from the significant lacerations on his upper arm, and was flown to Royal Adelaide Hospital where is expected to make a full recovery.

24 year old Ben Linden has been killed by a shark off Wedge Island, north of Perth, Western Australia on 14th July 2012, while surfing.

This latest attack came just days after Western Australian authorities banned shark tourism in the area, following an unprecedented number of fatal shark attacks along it waters, leading it to acquire the reputation of being the most deadly waters for shark attacks.

This brings the total number of shark attack fatalities in the area to 5 within a year.

Both surfers and fishermen have reported huge shoals of great white sharks (a protected species) gathering around the reefs in recent weeks.

A search is underway for the rogue shark believed to be responsible for all those fatal attacks. 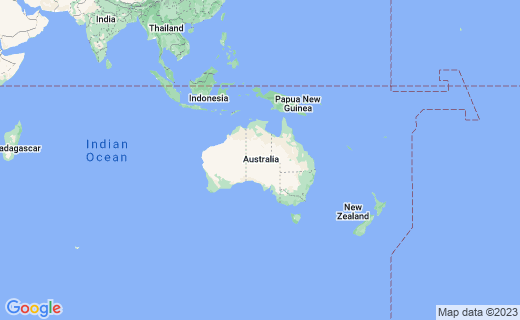 On the evening of January 3, 2012, 28 year old semi-professional surfer Mike Wells was surfing at Avoca Beach on New South Wales Central Coast when he felt something pull on his right arm.

Realising it was a shark attacking, he used his other arm to punch it on the nose to make it let go, before making his way quickly to the shore.

He suffered 50 puncture wounds where the teeth of the 6ft bronze whaler (copper) shark bit him, but made a full recovery after receiving hospital treatment.

On January 18, 2012, 44 year old Glenn Folkard was surfing at Redhead Beach, near Newcastle, about 100 miles north of Sidney, when he was attacked by what has later been described as either a young great white or bull shark.

It took a chunk out of his surfboard and the bite deeply penetrated his thigh, resulting in a massive blood loss that nearly cost Mr Folkard his life.

He made it to shore where he was rushed into hospital and underwent life-saving surgery.

Redhead Beach is protected by shark nets, but it is not unknown for sharks to bite their way through the nets, especially if they are feeding off other sea creatures trapped in them.

On January 19, 2012, David Pickering, 25, was leading a group of snorkellers (that included women and children) off Coral Bay, Western Australia, when he was attacked on the arm by a 10ft tiger shark.

He fought the shark off with his free arm while yelling at his co-snorkellers to get out of the water.

During the struggle, Mr Pickering scraped his knee against the shark's rough underbelly. Sharkskin is as rough as sandpaper.

When the shark let go, Mr Pickering was found to have suffered severe lacerations to his right arm, requiring hospital treatment, but he has since made a full recovery.

Late afternoon on March 20, 2012, student Billy O'Leary was surfing off Nobby Beach on Australia's Gold Coast when he was attacked by a shark.

He accidentally landed on it while performing a surfing aerial manoeuvre known as a 'floater'.

In all fairness, the shark, believed to be a small bull shark, was probably just swimming around minding its own business when it received a perceived attack from Billy!

As quick as a flash, it twisted its cartilaginous body round and bit Billy's lower leg and ankle twice, causing severe and deep lacerations.

He has since made a full recovery after hospital treatment.

This was the first shark attack in the area for over 20 years.

*FATAL* - Mid-morning on March 31, 2012, Peter Kurmann, 33, was diving with his brother Gian, 34, off Stratham Beach in Geographe Bay, south of Perth, Western Australia.

The elder brother said he witnessed a dark shape in the water which he guessed was a shark, roughly 4m (13ft) in length.

With the assistance of the crew of a nearby fishing boat, Peter Kurmann's body was recovered from the water.

Shark experts later determined that his injuries were consistent of those inflicted by a great white shark.

Mr Kurmann, who leaves a wife and young family, became the 4th shark fatality in the area within a 6 month period, following the earlier deaths of Kyle Burden, Gwyn Martin and George Wainwright along the same coastline. You can read about them in Shark Attacks 2011.

Suddenly, a great white shark emerged from the deep and sank its teeth into his kayak, with one tooth slightly piercing Michael's leg.

At first, he thought he had accidentally hit rocks or something in the water, and dived overboard to inspect the damage.

This unwitting manoeuvre possibly saved his life, as from the relative safety of the water, he was shocked to witness the shark continue to savage his canoe.

His companion, Elise, came to his assistance in her kayak, and the two made it safely to the shore, where on inspection, they discovered his leg would to be minor, and not requiring hospital treatment.

It was thought later that the shark mistook the kayak for its natural prey of dolphins or seals.

Sharks are color blind, and so cannot tell the difference between a red kayak and a grey seal.

What is unusual is that this shark did not first bump the boat, as they normally do when investigating to see if something is edible or not. Instead it went straight in for the kill, and it must have been disappointed to end up with a mouth full of splinters.

Paddling with a great white shark 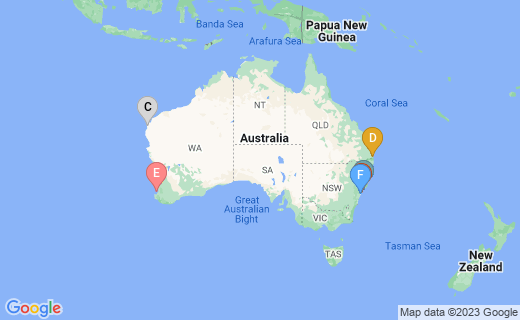