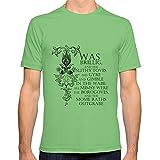 The eternal battle of the sword of truth and the great reptile--the subconscious mind.

’Twas brillig, and the slithy toves
Did gyre and gimble in the wabe;
All mimsy were the borogoves,
And the mome raths outgrabe.

“Beware the Jabberwock, my son!
The jaws that bite, the claws that catch!
Beware the Jubjub bird, and shun
The frumious Bandersnatch!”

He took his vorpal sword in hand:
Long time the manxome foe he sought—
So rested he by the Tumtum tree,
And stood awhile in thought.

And as in uffish thought he stood,
The Jabberwock, with eyes of flame,
Came whiffling through the tulgey wood,
And burbled as it came!

One, two! One, two! and through and through
The vorpal blade went snicker-snack!
He left it dead, and with its head
He went galumphing back.

“And hast thou slain the Jabberwock?
Come to my arms, my beamish boy!
O frabjous day! Callooh! Callay!”
He chortled in his joy.

’Twas brillig, and the slithy toves
Did gyre and gimble in the wabe;
All mimsy were the borogoves,
And the mome raths outgrabe.

- Lewis Carrol, Through the Looking-Glass and What Alice found there.

There is something about the way Helena Bonham Carter delivered "Off with her head!" in the movie Alice that captures the essence of the Jabberwocky. The Jabberwocky can be an apt metaphor for the reptilian automaton in the brain that holds all primal fears. Carter says it in a kind of reflex, with neither thought nor deliberation. She says it like a twitch, an involuntary response to whatever threat that comes her way."Off with (the) head" is metaphor for a phenomenon in the psyche that leads to the experience of chaos. In world mythology, themes of 'beheading' recurs in various cultures and seems to symbolise essentially the same thing.

The Papyrus of Ani, known to us as the Book of the Dead describes Khert-Neter as both an ever-dreaming god and the underworld. It is forbidden to sever a man's head from his body out of respect to Khert-neter. This further deepened my suspicion that Khert-Neter is a metaphor for the unconscious mind. It is no surprise that the land that Alice called Wonderland was clarified by Absolum, the wise blue caterpillar, as Underland. The name of the kingdom is describing the landscape beneath our conscious minds.

In Genesis, the Hebrew word used for darkness is choshek. It is also associated with ignorance and death. As proto-semitic pictographs, the word is being defined by its symbols to mean, Life consumes head. Choshek can also be understood in relation to its opposite concept-- light. When read as ideograms, the work chosek can be read as :The separation destroys [the] head. The Hebrew word for light is Awr which is defined by its pictographs as the spirit connects to [the]head or, more aptly, the force adds [the] head. So while light is a force that adds a sort of thinking ability, like the head. Darkness, in contrast, as defined by its own ideograms as one that destroys this ability to think.

To have one's head removed means to become a mere body, an automaton that is conquered by external forces. It is symbolic of the nature of the subconscious mind. The subconscious mind is most likely located in our body brain-- the reptilian brain. We personify this aspect of our psyche with darkness, for it is indeed dim. It operates on fear and reflex.

The Red Queen's cutting of head is symbolic of the habit of the ego to dis-empower awareness and thoughtful deliberation. When we react constantly in fear, the fear becomes our creator. We become a twitch of the ever-growing power of our inner dragon. To become a master of our destiny, we must behead the automaton and gain back our power to think before we act.

Tim Burton weaves the story of Alice's return to Underland in this insightful context. The whole point of the visit is to become "more Alice" enough to conjure the courage to slay the Jabberwocky with the Vorpal one, the sword. In another myth, it is the Sword of Truth. The Sword of Truth slayed the dragon form of the evil enchantress in order for the Prince to get to the tower where Sleeping Beauty lay. Sleeping Beauty is named Aurora. A name that is rooted in the word Awr--the Hebrew word for Light. The myth is saying that when you slay darkness, the sleeping light within you will awaken!

When Alice finally faced the Jabberwocky, it spoke to her. It said,

"We meet again, my ancient enemy!"

Of which Alice replied, "We have never met."

and it said, "I am not talking to you, you insignificant bearer...but to the Vorpal one!"

The ancient enemy of the overwhelming power of fear, is the Truth--the inner truth. It is knowledge of our heart's true desires that slays the dragon of darkness. It removes the veil that keeps us from recognising our power to command our destiny. The Mad-hatter said this to Alice before the battle, "The sword knows what to do, all you need to do is hold on to it." The line epitomizes the nature of the power of truth. It knows the way to make things work out in the end, even if it is a daunting task to "hold on to it". Complete trust in the power of truth is the condition for success.

So although Lewis Carrol's poem seems like nonsense, as in the case of all myths, it is in fact the voice of our higher consciousness resounding in the stories we tell and become fascinated with. It is the aspect of our minds that can access the ancient wisdom that resides within each of us. It instructs us to continue the battle for awareness in order to find peace in being that which we truly are, masters of our destiny.