Space: The Terrifying Truths That No One Likes To Talk About

It is no secret that it was a giant rock crashing into the side of the Earth that wiped out the dinosaurs. That particular meteorite was certainly one large rock, estimated to have been six miles wide. However, size doesn’t always matter, with smaller projectiles of just 130 feet across being capable of causing severe damage to our planet.

The ability of roving space debris to produce a mass extinction event is not scientific theory, but historical truth.

The lone wolves of space: these planets do not follow any given orbit, making them not only unpredictable, but potentially unfathomably destructive. Most likely knocked out of orbit by another cosmic body, rogue planets will roam space until their orbit is altered once more. Such an orbit altering event would not necessarily be violent. It's currently believed that a rouge planet could push another object from its orbit, sending it zigzagging through space. That is to say that if Earth ever came into contact with a rogue planet, we would be saying a big bye-bye to the Sun!

Yet, it gets scarier still… it is estimated that rogue planets outnumber the stars in our galaxy, equalling around twice as many. Also, the average size of these untamed spheres of destruction is thought to be equivalent to Jupiter – namely, a diameter 11 times that of Earth.

Whilst a supernova usually obliterates all remnants of an exploding white dwarf – or dying – star, there are exceptions to the rule. Intergalactic phenomena known as Type Iax supernovae are thought to leave behind a weakened, star fragment which then feeds off neighbouring space bodies to gain strength. This has resulted in them being dubbed “zombie stars”.

This area is still being hotly researched by astronomers. Where previously supernovae were thought to result in the explosion of a dying star, we now know there is greater diversity. Scientists have already identified more than thirty mini-supernovae leading to the creation of “zombie stars”.

“Because these supernovae don’t destroy the white dwarf completely, we surmise that some of these explosions eject a little bit and some eject a whole lot.”

— Ryan Foley of the University of Illinois at Urbana-Champaign, a leading author in this field.

Introduction To Black Holes, Information And The String Theory Revolution, An: The Holographic Universe
Buy Now

Of all the terrifying wonders of space, black holes are probably the most well-know, and thus, the most well-feared. However, certain types of black holes do much more than just gobble up everything around them. Supermassive black holes were originally thought to roam space; however, scientists now know that they hurl themselves through celestial darkness at nine-hundred million miles an hour. That is inconceivably fast! Scarier still, these monstrous giants are the densest variety of black hole, with a mass equal to around four-million Suns. This means that their gravitational pull is so mighty that they will consume everything in their path.

Discovered in August 2004, Gliese 436 b is an extrasolar planet located in a far distant solar system. What makes this particular planetary specimen extraordinary is that its surface is entirely covered in extremely hot – yet solid – water. Essentially, this is the planet of hot “ice”.

With a surface temperate estimated to be 439 °C, scientists claim that Gliese 436 b is significantly hotter than would be expected if the planet were only heated by radiation from its star. Essentially, a flaming ice cube of cosmic mystery!

Asides from its unexplainably high temperature, there is also the question of its ability to maintain its structure. How does water so hot remain in solid form? It is the high-pressure created by the planet’s gravity which keeps the water molecules so densely packed that they cannot evaporate.

The Huge Large Quasar Group is the most massive known structure in the observable universe. Not only is it unfathomably huge, but it also contradicts the conventional and currently accepted laws of astrophysics.

Discovered by a team of academics at the University of Central Lancashire in 2013, it is a cluster of seventy-three individual quasars measuring a mind-boggling four billion light years across. This means that it would take a vehicle travelling at the speed of light some 4 billion years to cross it.

To help place all of this into perspective, we can think about our own galaxy. If something were to happen on the opposite end of the Milky Way it would take one hundred thousand years for the light to reach the other side. So, when we watch an event from the far side of the Milky Way, we are really witnessing an event that took place when humans first started to appear on Earth. In regards to the Huge Large Quasar Group, the distance is some forty thousand times greater than this.

Due to its gargantuan size, astronomers have been left boggled. According to the rules of astrophysics, any given cosmic structure can be no greater than 1.2 billion light years wide – not four billion. So, how did the Huge Large Quasar Group form? It is a mystery, and another reason why space is so terrifyingly interesting.

"While it is difficult to fathom the scale of this LQG, we can say quite definitely it is the largest structure ever seen in the entire universe. This is hugely exciting – not least because it runs counter to our current understanding of the scale of the universe."

— Dr Roger Clowes of the University of Central Lancashire 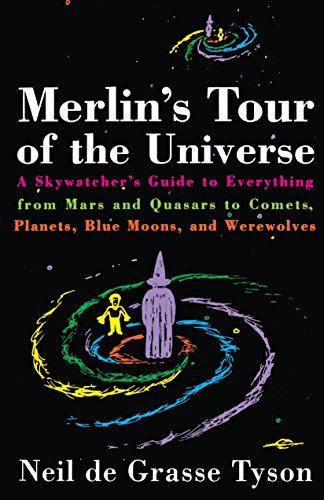 Merlin's Tour of the Universe: A Skywatcher's Guide to Everything from Mars and Quasars to Comets, Planets, Blue Moons, and Werewolves
Buy Now

Which did you find the most terrifying?