The world's most endangered cat

The Spanish or Iberian Lynx is the most endangered cat species on the planet with as few as 200 individuals remaining, and only 80 or so breeding females hanging on from potential extinction. The smallest of the world’s four Lynx species, the Spanish Lynx was previously thought of subspecies of the Eurasian Lynx until the mid twentieth century, before being classified as a species in its own right.  More striking than its Eurasian cousin, with bolder leopard-like spots and a much shorter coat, the Spanish Lynx is adapted to hunting for rabbits, birds and small animals in the dry grasslands and scrub of Spain and Portugal. Like all other Lynx species; the Spanish Lynx uses its huge ears to hear the faintest rustle of its prey in the undergrowth, using its padded paws to creep quietly up onto it, before a final extravagant pounce onto its unsuspecting quarry.  Being smaller in size than the other Lynx species, it rarely takes deer or larger prey, relying on rabbits and hares to make up to 90% of its diet from its huge territory of up to 20 square kilometres.

Unfortunately what makes the Spanish Lynx stand out among the other cat species its shocking rarity.  It has the dubious honour of being the world’s rarest felid - and this in two rich western European countries; Spain and Portugal.  Although once occupying the whole Iberian Peninsula, from the French Pyrenees in the north east of its range, to the Portuguese Algarve in the south west. The Spanish Lynx remained in relative comfort in terms of population and distribution until the mid nineteenth century and even in the 1960s had a population of 5000 animals. However the end of the twentieth century brought the Spanish Lynx increasingly into conflict with man. Habitat was lost to ranch land, road traffic increased – and with it road traffic deaths, the lynx was poisoned by farmers protecting livestock and poultry and it was increasingly poached as its rarity made it more valuable with cruel irony.  This now made the remaining individuals extremely sensitive to any stresses and the decimation of the rabbit population due to myxomatosis at the turn of the 21st century meant that Spanish Lynx numbers fell to a record low of less than 100 when surveyed in 2005.  The increasingly fragmented habitat and populations meant that it was thought that the lynx would be unable to carry on for much longer.

With the increasing likelihood of a complete extinction in the wild, Spanish conservation groups began to remove wild Spanish Lynx from the wild to encourage captive breeding. The first captive bred kittens were born in 2005 in El Acebuche Breeding Center, in the Doñana Nature Park, Spain. This success, along with the discovery of a previously unknown population of fifteen individuals further north in La Mancha, bolstered the number to around 200 by 2007.  A programme of reintroductions which began in 2009 in southern Spain is now ongoing with the hope of bringing the population back to a sustainable level.

There is much still to do. The tiny population of the Spanish Lynx, along with its extremely limited distribution and small gene pool, means that it remains one of the most critically endangered species on the planet.  The conservation effort is ongoing all the time with dedicated groups like the WWF and SOS Lynx embarked on programme of habitat restoration, the creation of wildlife corridors along which the lynx can roam and the education of farmers and villagers around the areas where the cats live. With their efforts and a bit of luck, the Spanish Lynx might not be the first species of cat to go extinct since the Sabre-toothed cat 10,000 years ago.

More information on the Spanish Lynx 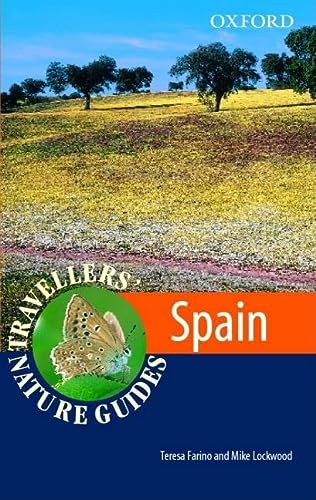